This year marks the 30th anniversary of the fall of the Berlin Wall. The upcoming exhibition ‘1989–2019: Politics of Space in the New Berlin’ at Neuer Berliner Kunstverein (n.b.k.) reflects on the urban development of Berlin after 1989. The exhibition, curated by n.b.k. in cooperation with the architecture magazine ARCH+, will open this September during Berlin Art Week. We spoke to ARCH+ Editor-in-Chief Anh-Linh Ngo about the urban and architectural history of Berlin and the recent neoliberal transformation of the city. Ngo critiques the massive increase in rents and the lack of affordable housing, which is a hot topic in Berlin recently. The exhibition aims to open a public discourse on the contradictory urban processes taking place in the city, with the aim to form a more critical stance toward Berlin’s image as a “hip cultural hub.” 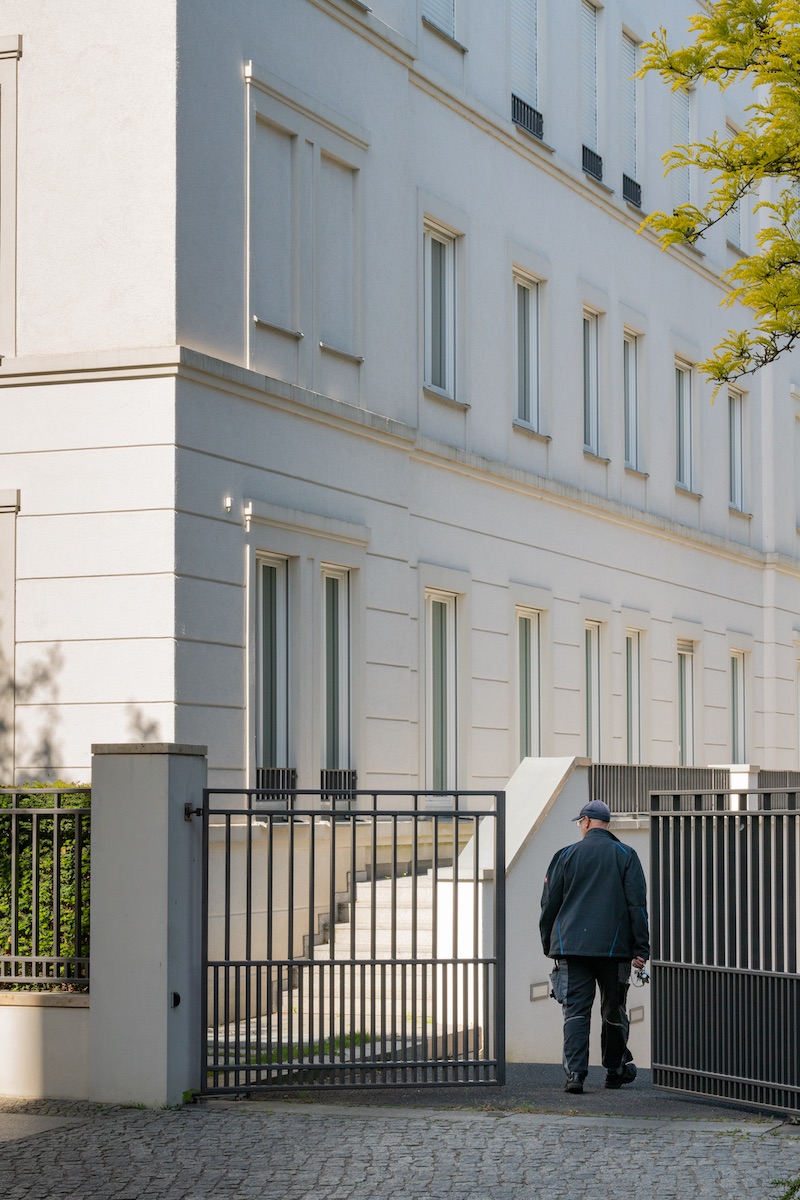 Denisa Tomkova: Your upcoming exhibition at n.b.k. ‘Politics of Space in New Berlin’ reflects on the urban and architectural history of Berlin after the transformation year of 1989. Can you please tell me more about your curatorial intentions for this show?

Anh-Linh Ngo: The fall of the Berlin Wall not only meant a geopolitical turning point in the confrontation between East and West, but also had a very concrete impact on urban development in Berlin, where the capitalist and the socialist world orders collided directly in space. Because of its divided history, Berlin, more than any other city, is challenged by contradictions, conflicts and frictions. Instead of dealing with this multi-layered quality of the city, the official Berlin opted for streamlining its urban space since 1989. One characteristic of this development is the fact that the historicist and reconstructive architecture and urban planning, which emerged in the following decades, gave up the idea of an open future in favor of a fictitious past that never existed.

Our exhibition does not offer a linear historiography, instead it deals with partly contradictory processes and narratives, which overlap and condense in Berlin today. There is not one Berlin, but many myths and imaginations of what Berlin should be. With the exhibition, we want to question the image of the über hip, ever-creative and innovative Berlin in order to reveal the underlying forces in the transformation of the city.

DT: In your curatorial text you talk about the deconstruction of three myths about Berlin: the myth of history, the myth of the market and the myth of creativity. Can you please tell me more about these myths, as you understand them?

ALN: The new spatial politics after the fall of the Berlin Wall was focused on “restoring” Berlin as the capital of the reunified Germany. It took place on three levels, creating the three myths you just mentioned.

On the first, the architectural level, a neo-historicism was constructed as a supposedly specific architecture for Berlin. It primarily served the desire for historical continuity and national identity. But the architectural reconstruction debate of the 1990s, our argument goes, also worked as an ideological disguise of the actual transformation processes that were as much political as economic in nature.

After all, the market economy has triumphed over socialism. So, on the second, that is the urban level, the official spatial politics wanted not only to make this victory visible in the cityscape—i.e. by erasing the traces of East Germany’s modernism and reconstructing entire historical buildings—but this victory should also be made irreversible by introducing a new urban economy. Profound administrative reforms enabled the massive privatization of municipal real estate.

This neoliberal transformation of the city was accompanied, and this is the third level of our investigation, with an austerity policy that was rhetorically shrouded in the language of the creative city discourse.

DT: The neoliberal transformation processes of the 1990s led to the 2000s in Berlin being described as “poor but sexy.” This perception of Berlin as a cultural hub is also something you describe as a myth. What do you see today as the main challenges of cultural and urban planning in Berlin?

ALN: Klaus Wowereit’s casual slogan “Berlin is poor but sexy” has to be understood in retrospect as a far-reaching political program—a new urban policy—which seeks to exploit the myth of a creative Berlin by co-opting and commodifying its subcultures and countercultures. The political reform was also justified by the need to establish Berlin as a global destination that has to compete on a global level with other major cities. Above all, the instrumentalization of the cultural and creative sectors was crucial in enforcing harsh austerity policies in Berlin. In this sense, cultural politics and neo-liberalism had always been complementary. On the one hand, new political and cultural spaces were opened after the fall of the Wall, on the other hand it paved the way for a neoliberalization of politics. The long-term consequences of this politics are increasingly putting Berlin’s housing market and the socio-spatial structure of the city under tension. How do we keep the city accessible for all? How do we implement the many experimental approaches towards a commons-based urban economy on a bigger scale? 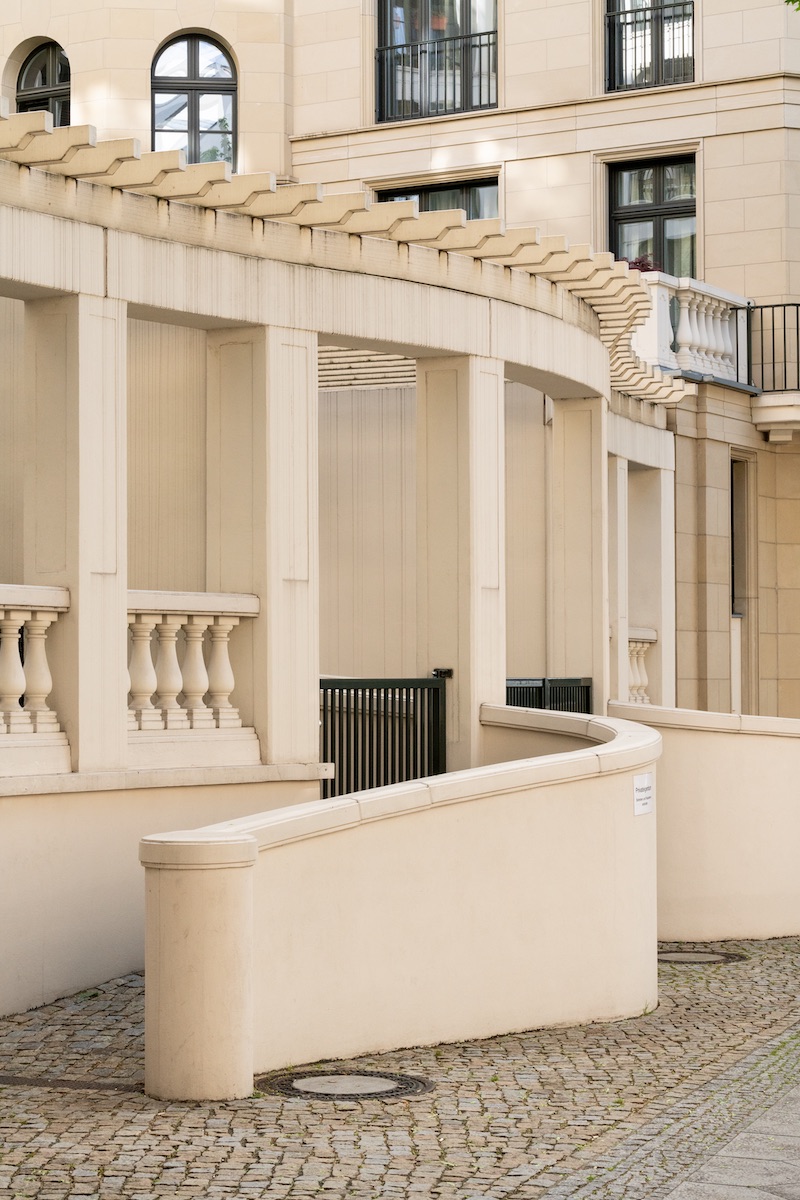 DT: At the exhibition we will be able to see, among others, the work of Guerilla Architects, an international collective focusing on societal constraints and subversive architectural transformations. Their work overlaps with socially-engaged art projects in its interest in dialogue, collaboration and direct work with the community. Why are these kinds of architectural approaches interesting for you in this exhibition?

ALN: The current transformation of the city and the hyper-commercialization of every aspect of life deny a growing, marginalized portion of society access to resources that are essential for life and cultural development. For the urban society, land and housing are such contested resources. For architects and planners, this entails the responsibility of taking a clear position in the struggle over the collective right to the city.

For our exhibition, Guerilla Architects explore the language of the speculative housing market by creating a glossary of real estate language. Only if we understand the logics of the different forces shaping the city we can initiate change. After the fall of the Berlin Wall, the combination of eastern and western parts of the city seemed to be inexhaustible, but investor-friendly urban planning, land speculation and massive waves of privatization favored a city policy of sell-outs. How can we translate the renewed awareness of the social obligation of property, as it is currently being discussed in politics and civil society, into a political program? 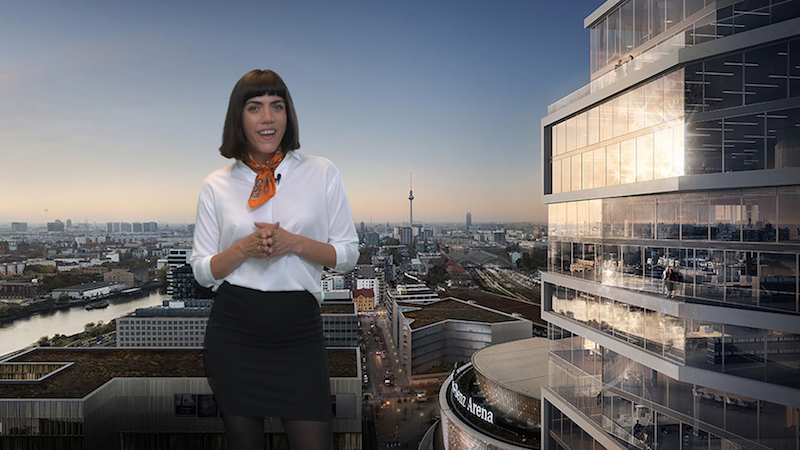 DT: What are the most important urban and architectural issues Berliners are facing today? And how do you think the exhibition ‘Politics of Space in the New Berlin’ will reflect on these issues and open the public dialogue?

ALN: The exhibition illustrates different spatial policies and their consequences for today’s Berlin. For the first time, the urban researcher Florine Schüschke visualizes the scale of privatization of public properties in a comprehensive map. The urban sociologist and activist Andrej Holm analyzes terms that reflect administrative tools and operations that led to the large-scale sell-out of state-owned real estate. The urban designer Charlotte Malterre-Barthes and her students at TU Berlin present a critical real estate portfolio, which examines around thirty current speculative developments in Berlin. We want to highlight why Berlin, which was known as the city of unlimited open spaces after the fall of the Wall, is experiencing massive increase in rents and a lack of affordable housing.

The exhibition is not about solutions, it is rather a reconstruction of how the current situation has come about. It’s a starting point for a discursive program, which is an integral part of the project: what can we learn from the mistakes of the past? Which solutions are appropriate? The proposals have long been discussed and tested by numerous urban initiatives. Berlin has extensive knowledge and experience in bottom-up urban strategies. It is important to make them productive for the future.