Arranged on the muted pink walls of DITTRICH & SCHLECHTRIEM, drawings by Soufiane Ababri, in blunt yellows, blues and reds, vibrate from their frames. The subjects of the works are outlined in strong black contours, their sexuality and their intimacy not a suggestion hidden in shadows but boldly delineated. Ababri’s exhibition ‘Something New Under the Little Prince’s Body’ reframes the familiar story of ‘Le Petit Prince,’ a novella by Antoine de Saint-Exupéry. Yet, instead of the blond Prince arriving on Earth and embarking on a journey of discovery, with characters like a snake and a talking rose, he falls in love with an Arab man. 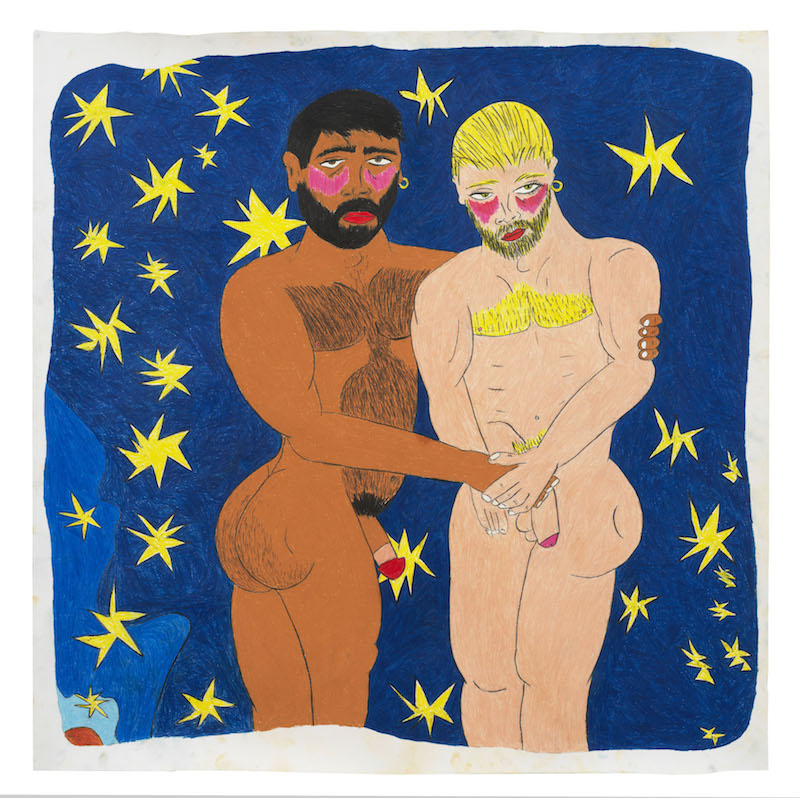 Ababri’s work is deliberately clumsy and campy, in a way that makes it sophisticated. The colours are bold yellows and blues that radiate off the page. This is art that refutes the canon. The work is flat and two-dimensional, the figures almost reminiscent of imagery found in Medieval tomes or Egyptian hieroglyphics, with bodies before Renaissance perspectivism. The technique, in itself, denies the Western art historical emphasis on technicality and materials. Ababri executes his works while lying on his stomach, with pencil crayons purchased from a supermarket. The drawings are part of his series ‘Bedworks,’ the title deriving from his practice of working prone in bed.

Similarly, the works deny the cool ‘objective’ depiction of the body that has carried through Western art. The nakedness, in this case, is blatantly sexual: the flush of the subjects’ cheeks displaying their desire. This awareness of their body, of their own position as a sexual being and of watching and being watched, contradicts the art historical depiction of the nude, which mostly showed women, coyly meeting the gaze of the presumed heterosexual, desirous male viewer, their body not their own, not a subject but instead an object to be viewed. 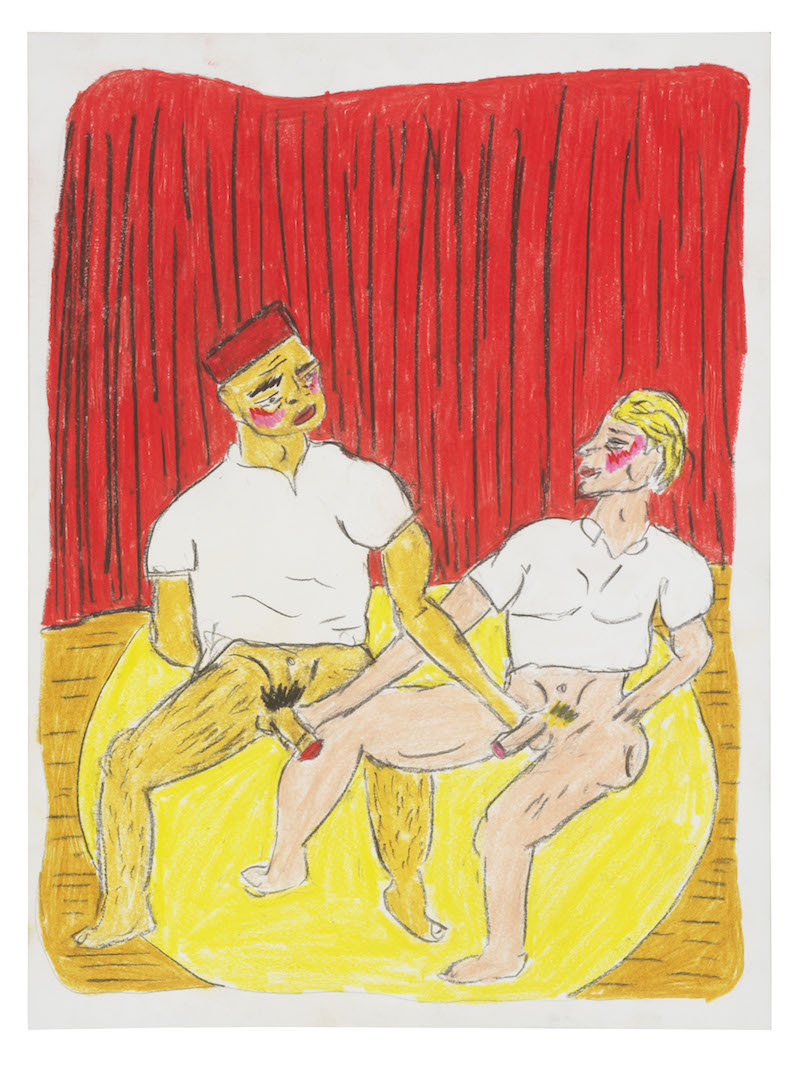 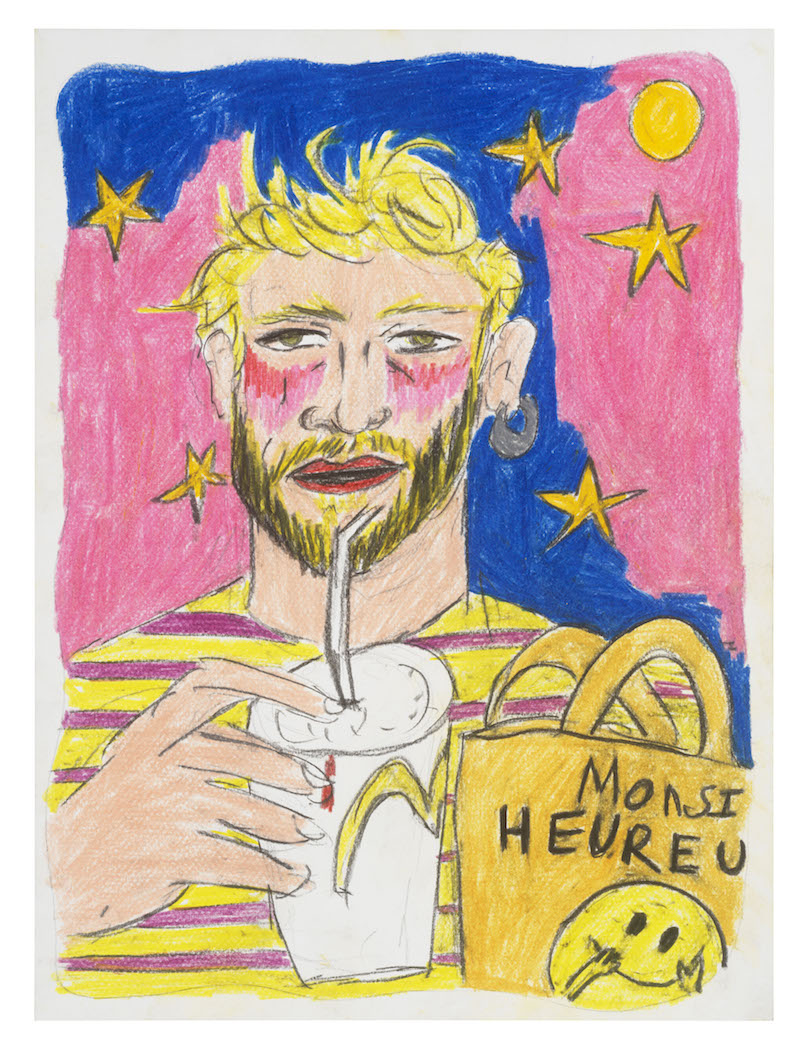 The poses of the bodies and the sexuality that is imbued within the works speak of domination, in intimacy, but also in a way that extends beyond just sex to questions of colonization and the reifying gaze of the West to the East, the Prince and his lover. The sexuality portrayed in his drawings not only works against the typical passive nude of the art historical canon, but also the exotification of non-Western bodies and figures. The space itself is tangibly linked to the body, the colour of the walls specifically chosen by the artist to mirror the light flesh-tone of pantyhose or band-aids: a normative default to whiteness, and perhaps a suggestion of the skin of the Petit Prince himself. 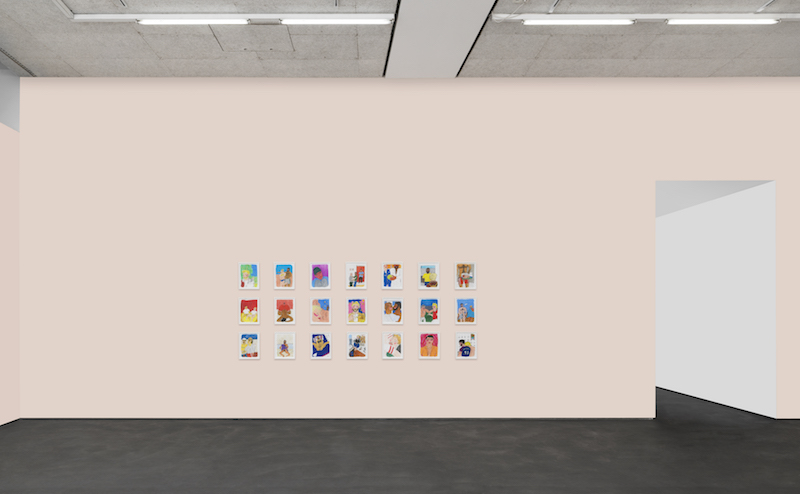