The solo exhibition of Paris- and New York–based artist Lee Mingwei will be launched digitally on April 6th, on Gropius Bau’s website. The expression of sharing, giving and spending time together is crucial in Lee’s work, as his practice often considers the role of the host. Lee is originally from Taiwan, where social engagement plays an important role in the culture. He recalls that, growing up, family and neighbours would always show up for dinner or lunch unannounced. Later, this would influence how his art practice evolved and the kind of questions he asked. Lee explains: “When I moved to graduate school at Yale from 1995-1997, I didn’t know anybody. So, what I would do is put posters around the campus asking people if they wanted to have a free dinner cooked for them one at a time. I would invite this person; I would cook dinner just for them and we could talk. So, this kind of survival instinct is very similar to my art practice.” This project that was initiated in the 1990s—titled ‘The Dining Project’—is an integral part of Lee’s practice today and will also be presented in the exhibition at Gropius Bau.

‘The Dining Project’—this unique one-on-one interaction of sharing a meal—will also take place in person at Gropius Bau. Some evenings the dinner will be hosted by the artist himself and, other evenings, by the gallery staff. Lee cautions us about the expectations for the work: “I purposely do not want to tell the audience when I am doing it because it is not about Lee Mingwei doing the project. It is important because it is a stranger there hosting you. I am quite sensitive about turning artists into celebrities, so it is not about that.” ‘The Dining Project’ and ‘The Sleeping Project’ will both be enacted during the exhibition, creating interpersonal interactions, whether having dinner or sleeping in a space together. But, most importantly, Lee hopes to spark unmediated conversations between strangers.

In relation to theories around socially-engaged art, these projects open up two important questions: one is the question of the artist-genius phenomenon, mentioned above, and the other is the question of documentation. It was art historian Boris Groys who argued that art documentation “is by definition ‘not’ art; it merely refers to art, and in precisely this way it makes clear that art in this case is no longer present and immediately visible but rather absent and hidden.” Art historian Angela Dimitrikaki, then, subsequently asked: “But from whose perspective does art appear absent and hidden? She believes that such works are then only meant for certain privileged audiences. For Dimitrikaki, documentation brings work back to the art institution, where the presence of the spectator implies the artworks’ closure. Lee consciously works with that by meeting people in his art projects privately, having meals with them one-on-one without the presence of any camera. One could ask, then, where art starts and ends in Lee’s practice? If what is presented in art institutions is for privileged audiences then, in the case of Lee’s work, these same privileged audiences are invited to participate in the act of art-making itself, where documentation is initially hidden. 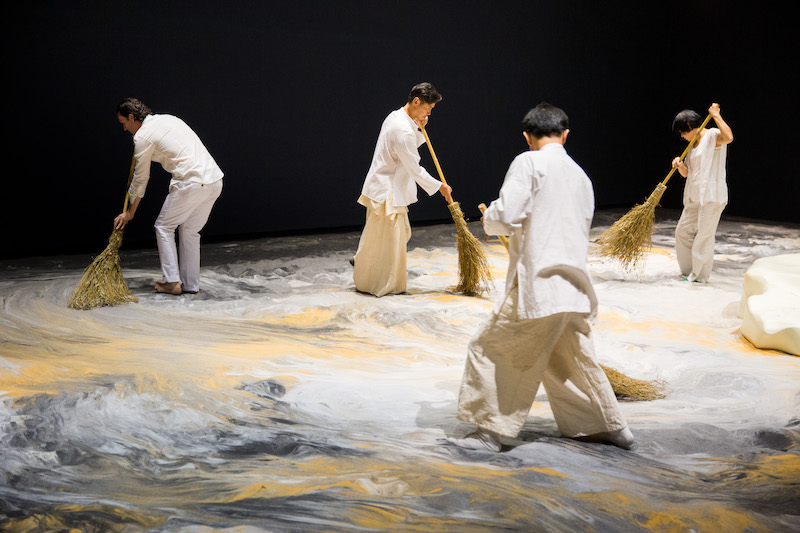 But what distinguishes this art project from a typical dinner date, if that moment isn’t artistically documented? Lee’s practice aims to merge with life and is concerned with private human interaction. However, it also has a second layer that appears through artistic documentation. Lee asks the strangers who have dinner with him for permission to meet again and to be photographed. All the photos of his performances are then staged. They are taken after the work took place, for the purpose of presentation. In Dimitrikaki’s eyes, then, this work finds closure by its presence in the institution. And these secondary audiences are especially important in relation to Lee’s work, which will only interact with about 20 people during the course of the exhibition. Lee reflects on this phenomenon: “I am very grateful that the museum, at this point, is open to that. Because, I think, museums have been focusing on numbers for many years now. The number of people who come to the show is important. However, when they see this type of work, in which only one person can sleep with Mingwei and, over the course of the exhibition, only about 20 people total, they have to ask themselves: does it make sense for us to do this?” This is precisely why the documentation of his work is so relevant, as it opens his work to more people, to secondary audiences and to different sites. 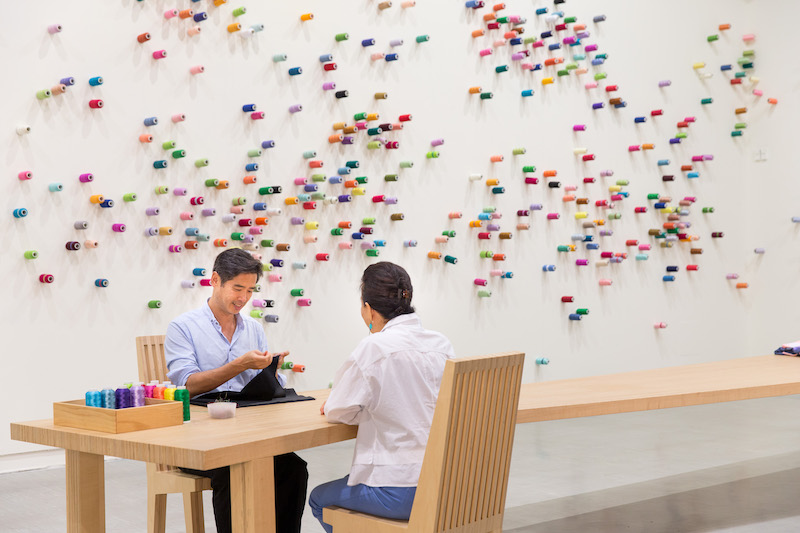 Lee’s practice builds on a long history of “happenings,” as well as the Japanese Gutai movement’s insistence on physical engagement. He says: “I am definitely not original in that sense. I am building on what people have already built on. But hopefully what I am addressing now is the idea of one-on-one intimacy, rather than a big group happening.” His work explores the notion of art’s potential to be a “gift.” The theme of the gift has been part of his artistic practice and discourse for many years. Gifts are a big part of Taiwanese and Japanese culture. The traditional way to give a gift is to wrap it in a cloth that has a very specific meaning: depending on who you are giving the gift to, the fabric should have a different colour and pattern. “There is a lot of ritual around the gift. It is a very complex social interaction,” Lee adds.

Reading this from a Western theoretical perspective, Lee’s work hints at a criticism of the commodity form and the market, with the aim to articulate different modes of social relations. It has correlated with the proliferation of participatory art practices and relational aesthetics. As anthropologist Roger Sansi argued in 2015: “In many of these practices, there is a direct or indirect criticism of the commodity form, and the market, as the hegemonic framework that articulates social relations. Many propose to generate alternatives to the market form, and this leads to the gift as an alternative paradigm.” But Lee insists that his work isn’t about that, that the gift-giving culture in East Asia is about sharing goods, about kindness and humbleness. He stresses that he wants with his work to show that “there is another way of looking at the gift. Maybe that idea is already embedded in ancient European cultures, which are now slightly covered by contemporary criticism, and hopefully we can tease that out little bit more.” 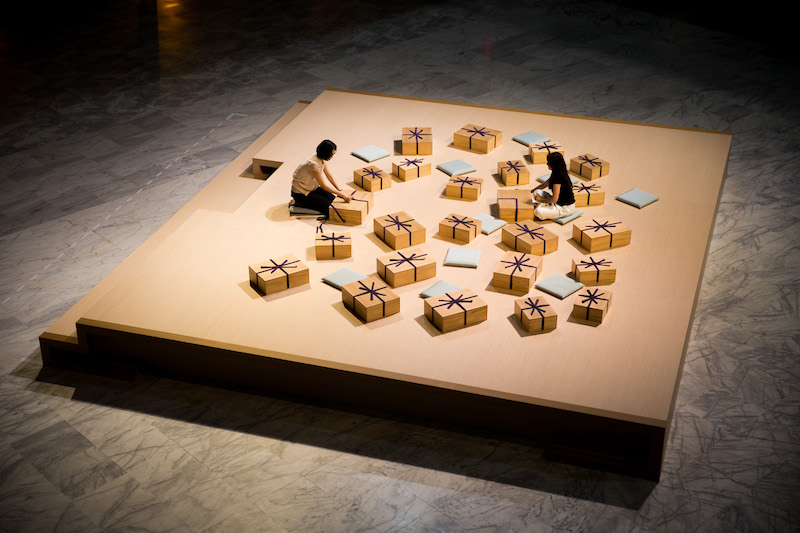 What Lee wants to highlight in his work, rather than criticism of the market, are other ways to create social relations, which are not based only on financial exchange and monetary value. For instance, another work, ‘The Mending Project,’ is based on gift-giving and facilitated by volunteers. When Lee did this project in Helsinki, 120 people applied to volunteer. However, the artist was told by the gallery that in Berlin nobody works for free. Nevertheless, Lee launched the open call for volunteers in December 2019 and, surprisingly, many people, willing to mend the clothes of strangers for free, applied to take part. The response was generous, despite the fact that, under the current market economy, not everyone can afford to carry out unpaid labour, no matter how much they’d like to. Maybe Lee is right: we just need to be prompted to uncover our forgotten gift-giving culture again. Maybe his work can act as a reminder of that.