Movement is a key word for New York–based artist LaJuné McMillian, who explores life beyond the material world through animation and virtual reality. She forged her vision and practice in digital media and figure skating, becoming increasingly aware of the potential of the human body to incorporate and shape culture. She recently created the ‘Black Movement Project’ (BMP), an online database of Black motion capture data and Black character base models. Existing motion capture databases do offer culturally specific movements, but often lack information about their origin and the dancers who performed them. With BMP, McMillian created an instrument for activists and artists to generate cross-reality projects, but also, in her words, “an archive of black existence”. Therefore, BMP functions not only as a creative digital resource, but also as a tool to inspect issues of cultural representation in the media. Transcending space, time and white supremacist social structures, BMP aims to tackle the rising risk of Black cultural erasure in the digital spaces. Synthesis Gallery in Berlin offered a glimpse of the project during their ‘Walkthroughs’, an online program of VR artistic experiences providing an overview of the artists’ creative process, in response to the current moment. 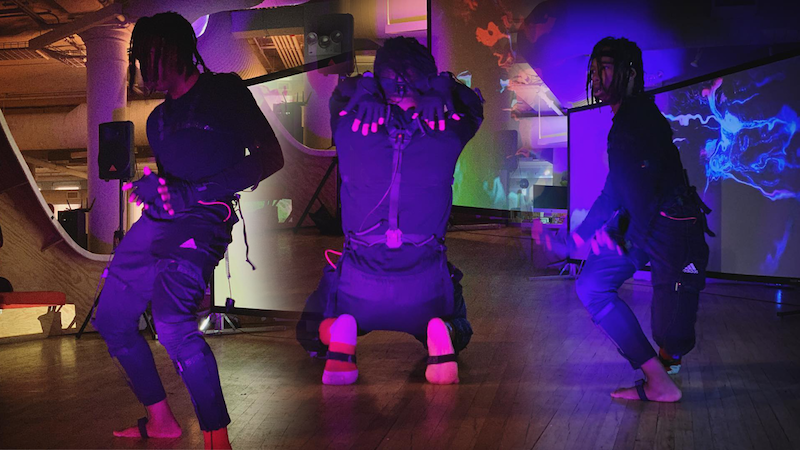 Lucia Longhi: Where does your interest in virtual reality come from, and what does it represent for you? In the video ‘Clarity’ you staged your own body and you recreated the imaginary place where you go “when you dissociate from the world”. Today VR is seen in different ways: a place of freedom and imagination, an amplification of reality and, in some cases, a sort of trap. What are your thoughts on this?

Lajuné McMillian: My interest in virtual reality started in college. I went to school for digital media, where I learned about audio, 3D modeling, creative coding and later VR and motion capture. These different mediums and tools interested me because they allowed me to tell stories in immersive, “magical” ways. I wanted to learn how to build spaces that people can dive into. I think that virtual reality can hold both spaces (trapping and freeing)—it just depends on who is making it. I think that there needs to be space for more diverse voices making, and telling stories through, this medium, so that there can be room for more questions on how the medium itself will evolve. I am a bit skeptical this will happen though. When I think about the world and experience building in VR, I think about who has access to build the world as it is today in real life.

LL: From what premises was the ‘Black Movement Project’ born? And why did you decide to give relevance specifically to bodies, gestures and movements as vehicles for the preservation of Black culture?

LM: The ‘Black Movement Project’ started two years ago during my residency at Eyebeam. Previously, I served as a figure skating director and coach focusing mainly on finding ways to get people of color into the sport of figure skating. I took these jobs because I was hesitant to get traditional “tech jobs”, knowing the social climate of those spaces. I then realized that I was not operating in a space that focused on my many interests. I love movement, but I also love technology and my art practice, too. I asked myself: how can I merge all of my interests into one space? What do I need to build out that space and make it a reality? This is when the idea came to me.

LL: Today, there is a heated debate around body representation in the media. You refocus the attention to movement, talking about “culturally specific movements”. What does movement represent for you and what is its value in terms of cultural preservation?

LM: In my upbringing I was exposed to Black spaces, white spaces, mixed cultural spaces and different socioeconomic spaces. When I was seven, my family moved to a predominantly white, middle class neighborhood. We rarely talk about how harm can manifest in these spaces: for instance, how a neighborhood and school system can uphold white supremacy, and how that mentally affects children who will never “fit” the criteria of whiteness. When I was nine, I began figure skating, and I loved it; it was an escape of everyday life. I didn’t need to speak much, and only needed to listen to my coaches and practice. The anxiety of this space did not hit until I started to test in front of mainly white judges. I have been on a journey of unpacking the ways I moved, and why.

I like to connect the ways I moved through those spaces to how I move through tech spaces that are normally predominantly white as well. In this context, BMP serves as a way for me to reconnect and return to my body and ancestors through learning about the wealth of movement practices and journeys that exist and manifest through Blackness and Black culture. I have a Black body that once wanted more than anything to move in ways that uphold white supremacy. How can I dismantle that? What is left of my movement once this happens? What will I discover? 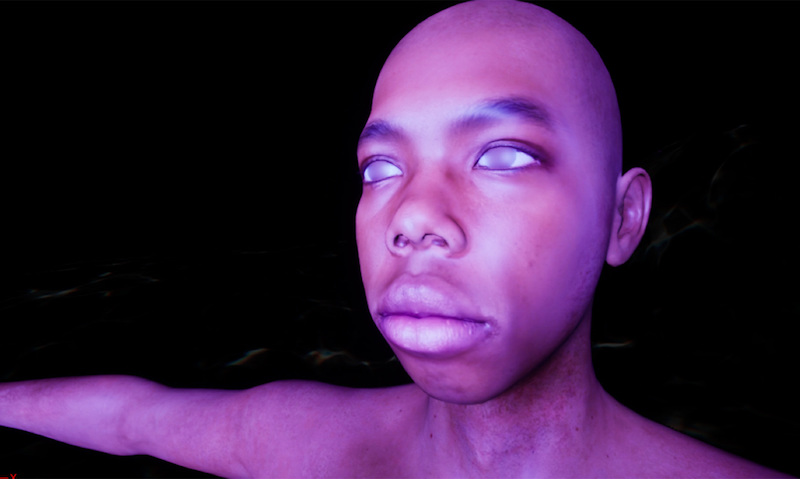 LL: In the motion capture process, what is your attitude towards the so called “data cleaning”? Is it a part of the process that could be seen both as technical mediation and removal of cultural features?

LM: Extensive data cleaning is something you usually want to avoid, which is why motion capture sessions last days for limited motions. However, since I did not take this approach, I was left with movement data that was both magnificent and “flawed”. Normally, planning movements in a space in relation to the specific motion capture tool is important. For me, it has been different: when I recorded the performers Nala Duma and Renaldo Maurice, I did not plan anything. I just wanted them to tell me their stories through oral and movement dialogue. I recorded the movements in an organic way, one that unraveled itself over time. I think the motions I recorded were interesting: the suit I used was not built for that process, but it highlighted movement relationships with technologies. I recorded more movements where both dancers performed to soundscapes built around their histories. I live-manipulated the movements and now I am creating movement portraits using the data collected. Some of the data was “unusable” in a traditional animation environment. If I treated it as a motion capture session, I would have stopped them mid-performance, because of the break in the data. I was not interested in this though. So when I went through the process of “cleaning” the data and attaching it to their avatars, I also included machines breaking in my performance because they normally do. 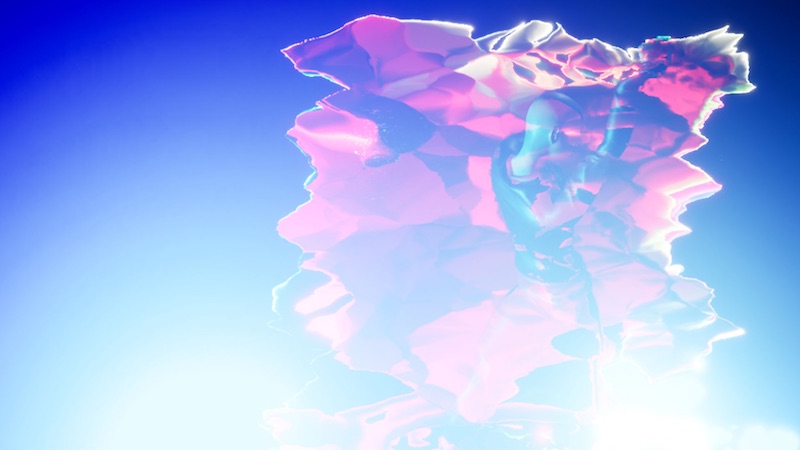 LL: Your definition of the ‘Black Movement Project’ is “a tool that can be used by activists, artists and researchers. Art has a long history with activist movements, but sometimes the risk is to serve more the political purpose than the artistic discourse. Where do you see the border between activism and art? And how do you find the right balance in your work?

LM: My definition of BMP has evolved since I started it. When I looked at it as solely a tool, it limited what it could become. I’m more interested in the project showing me what it should hold, what information about movement it needs to survive and serve. For this reason, I began to think about it in terms of a library. Libraries are great because they don’t just hold books; they hold a wealth of knowledge in many mediums and they bring people together, building community. I am thinking of the BMP as a “future library”—what new ways can this space hold Black movement? How can it bring a community together? How can it protect information?

Regarding my art practice, I mainly stay in the abstract, in a land of questions, where the answers reveal themselves over time through me as the vessel. When I google “activism”, it reads as “the policy or action of using vigorous campaigning to bring about political or social change.” Activism deeply inspires me. It can manifest itself in many ways—including art—but I am not sure if my art does that yet, or if it will. Maybe that’s the “line”? What makes art special is when it holds a life of its own, outside of the artist. It always interests me when someone sees something in my art that I have yet to see. In that way, art is not always straightforward. It is something one has a relationship with that grows over time.