“What does it mean to place yourself before someone’s gaze and ask for their attention?” Various iterations of this question have guided Isabel Lewis’ practice since her student days, when she was first articulating the interests that would lead her to the “occasions” she stages today. During our studio visit, she asks it in reference to a work she made in 2001, when she was studying dance at university. There, she produced and performed a “choreographed duet between [herself] and a lighting designer.” With this piece, she started to explore the interweaving of visibility and invisibility.

Though it was only in 2009, she explains, that a switch started to occur in her work. The theater’s dynamics, she was coming to realize, were far more complicated than just the charge between audience and performer. For Lewis, the gaze started to become diffuse, or perhaps more accurately, embodied into a multi-directional, if not yet multi-sensory, experience. Acknowledging this complexity meant, at least at the time, deconstructing the architecture of the theater so that the audience’s gaze was directed not only at the performer, but at the space they were inhabiting. Later, they came to look at one another as well, and later still, in about 2011, Lewis realized the change had to occur within herself rather than in her surroundings. She then abandoned the theater for the private space of living rooms, bars kept open after hours, or for public spaces where the line between performer and audience was blurred. It was about this time that she started understanding a performance as a multi-faceted occasion. 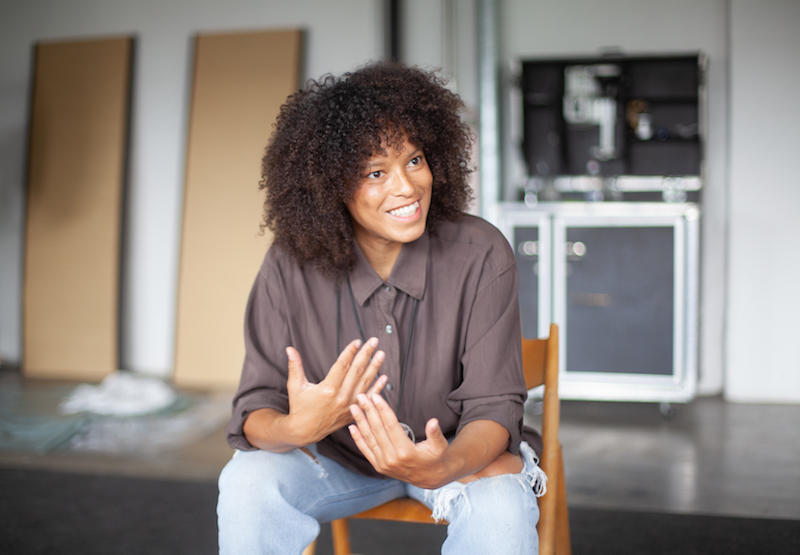 With this transition came a shift in the vocabulary of her practice. Lewis ceased to be a performer and became a “host.” Her audience came to consist of “visitors” or “guests.” These changes are not only semantic; they serve to structure the relationship between herself and the people she wishes to engage. Another effect of this transition was a gradual shift out of the dance scene into the art world. These days this change has become even more pronounced. For the first time, Lewis has her own studio. She is the first of a number of artists participating in a residency at Callie’s, a new self-guided program that was opened just before the pandemic closed most of the art world down. Though the expansive space is almost bare, the effect of having a regular workplace has been, explains the artist, “transformative.” The studio is a central meeting space, an incubator for collaboration and place for testing ideas. During productions, collaborators set up temporary work stations in the third floor, 200-square-meter setting. Lewis motions to a wall where long-time collaborator Dirk Bell might map out drawings or to the desk at which another collaborator sits to work on garments. At the back wall of the second room stand two ominous custom-built speakers made by Dirk Bell and Mo Stern. These sculptural structures were part of a performance and installation called ‘Scalable Skeletal Escalator’ at Kunsthalle Zurich in 2020. 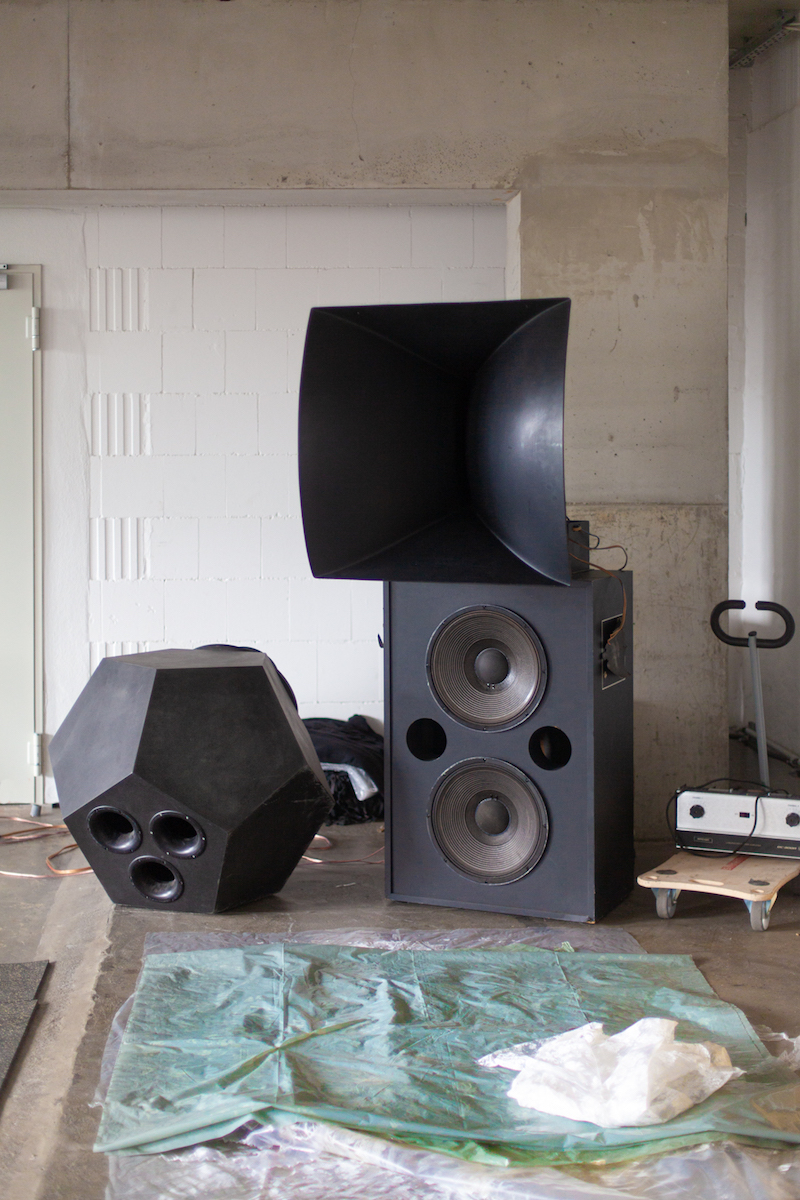 Though Lewis works beyond the confines of the theater, her practice still finds its roots in choreography and dance, whose tools shape how she examines the social structures through which we interact, not only with each other, but also with our environment. Her occasions are opportunities to explore, challenge and hopefully even affect these structures. An occasion is a spatial composition, often in public spaces, in which people and objects are arranged. The event is divested of the theater’s linear timeline to embrace a degree of contingency. While topics, objects and acting agents, such as dancers, are developed and researched beforehand, the duration and course of the event depends on its visitors.

As a host, Lewis takes on the responsibilities inherent to this role. She tends to her guests and she is accountable for the situation in which they find themselves. She makes herself available to them, but also guides them through the experience while being attentive to their needs. This role makes her, she notes, ambivalent about common documentation practices. She straddles the line between making her work accessible, all the more important since she is not represented by a gallery, and respecting her guests. Lewis’ visitor is not there to be a model for the camera, but to question and even escape the social performance of everyday life. 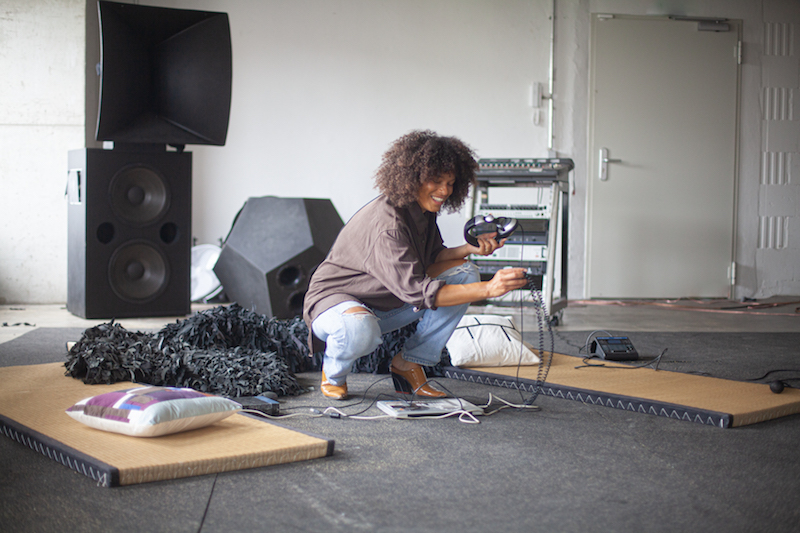 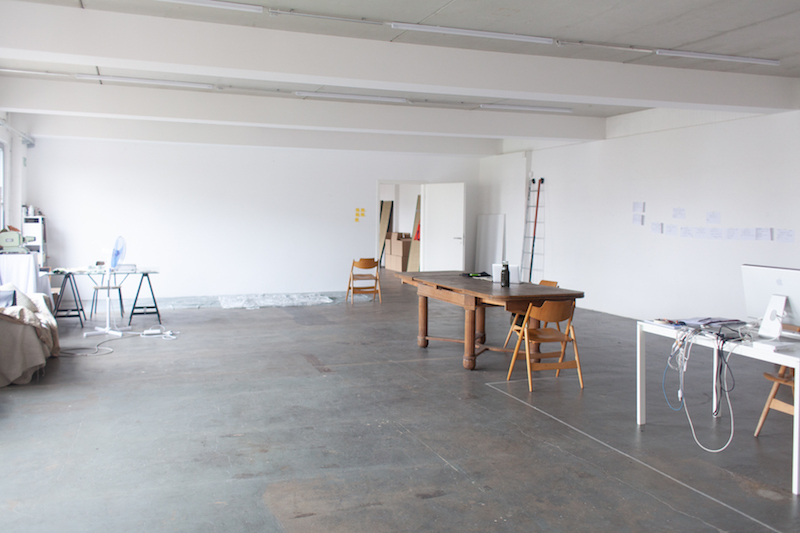 Our relentless visibility, especially through the insistent gaze of social media, is what makes it so important to challenge the dominance of sight. The gaze is part of a very long and specific discourse in art. In their primer to visual culture, ‘Practices of Looking’ (2009), Marita Sturken and Lisa Cartwright define it as “the relationship of looking in which the subject is caught up in the dynamics of desire through trajectories of looking and being looked at among other people.” Included in these dynamics are exhibitionism, voyeurism, narcissism, not to mention surveillance. Sight is the sense we are most dependent on and it is also the sense that reaches furthest beyond our immediate bodies. We can see further than we can touch, hear and smell. As such, sight can also have an alienating feature that allows for projection, prejudice and bias. It is this objectifying character that Lewis seeks to peel back, but the breaking down of barriers between audience and performer is just the first step. A further development of this strategy is the elimination of the walls between the senses themselves.

In order to diminish the dominance of sight, Lewis turns her attention toward our other bodily senses. With the help of scientist and artist Sissel Tolaas, Lewis has been developing smells, for example, which she later uses in her occasions. In the course of her research, she has discovered how integral this under-rated and stringently policed sense can be. While European countries practice what the artist calls a “censorship of scent,” it is smell, in combination with sound, that she realized were her guiding senses in an experiment she conducted a year ago in a master class with Tolaas at Stiftung Nantesbuch. Lewis set up a situation where she blocked select senses while navigating a fairly difficult course through the landscape. She discovered that she could navigate the course better blindfolded than without the use of sound or smell. She has since been applying this discovery to her work. 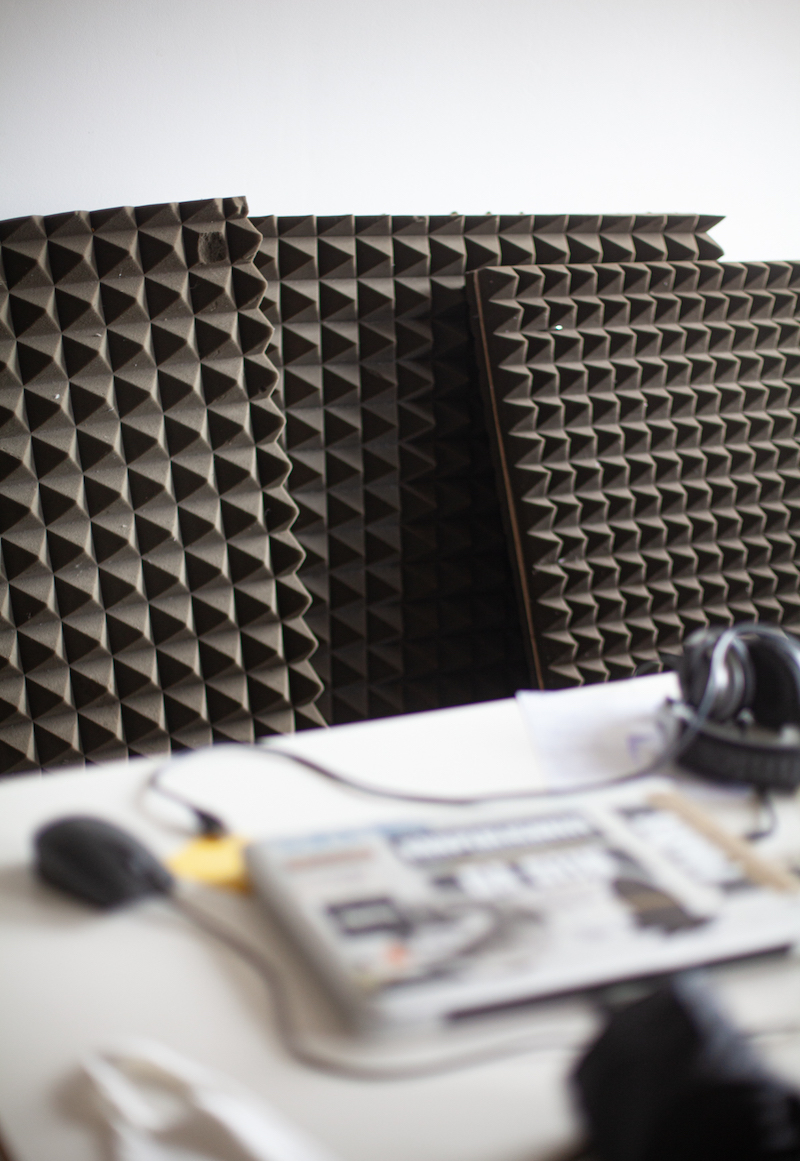 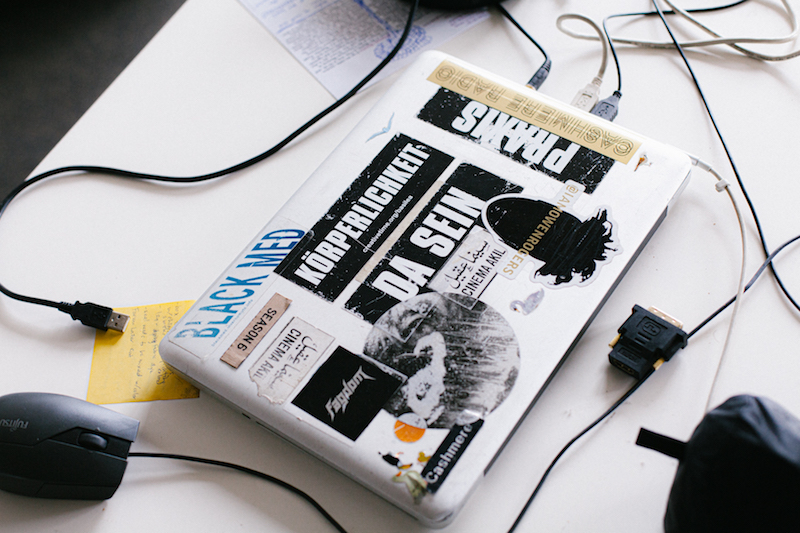 Lewis’ sense exploration steers her practice into a trans-human dialogue, leading one to question if a more intimate relationship with one’s natural environment could not affect how one cares for it and the responsibility one feels towards it. Her latest work, ‘What can we learn about love from lichen?,’ begins in Scotland as we continue our conversation in Berlin. Due to Corona restrictions, Lewis cannot attend the series of walks held between June 16-18 on the Isle of Skye. Though in effect, she does not have to be there. For the first time Lewis has involved “local agents” to lead a series of what could be called sense walks through the northern island landscape. Commissioned by Art Night UK in partnership with Atlas Arts, a series of walks will be led by Nick Hodgetts, a local botanist specializing in moss and lichen, Richy Carey, a composer, and Lucy Cooke, a self-taught forager. Each walk is intended to attune the participants to their environment using different senses. Cooke leads the participants through touch and taste, Carey will conduct field recordings, guide listening exercises and then conduct the participants in vocalizing their environment, while Hodgetts will initiate a process of intense observation by providing magnifying lenses through which participants can look at lichen in close detail. 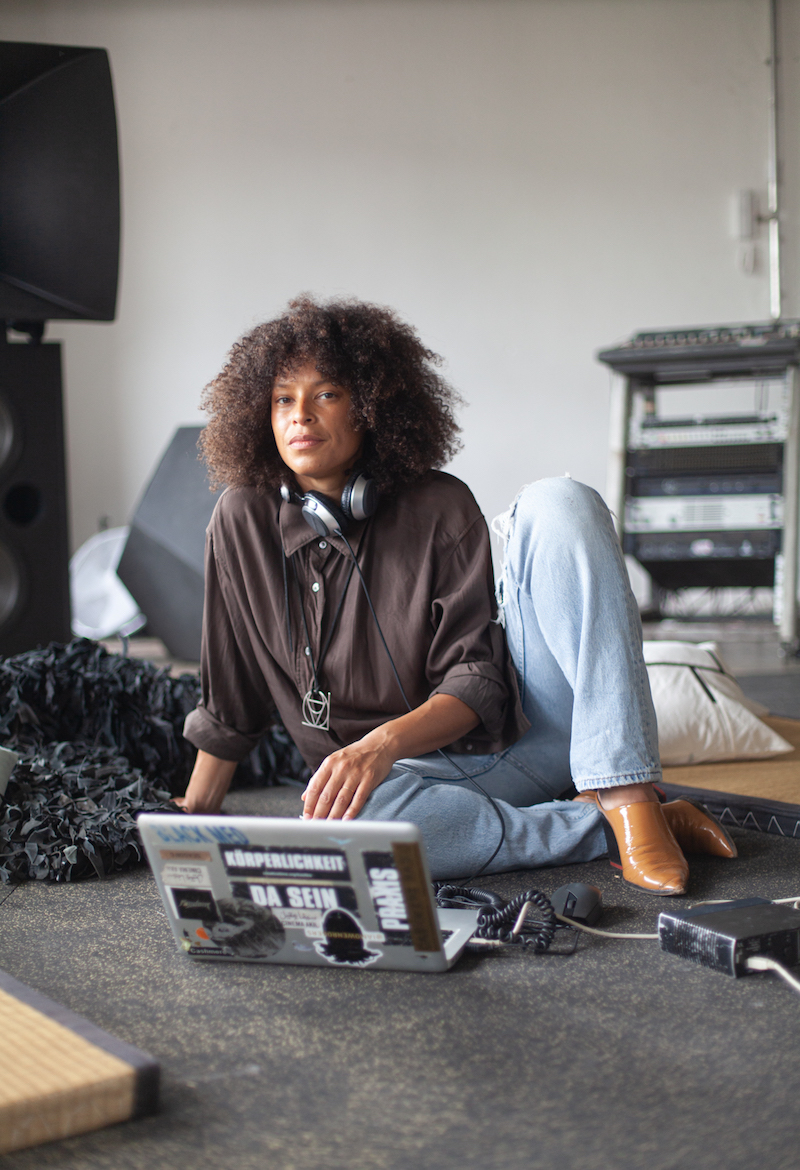 When making a project in a new place, explains Lewis, the artist’s responsibility is to “frame a way of listening” rather than imposing her gaze onto the people and landscape. In doing so, she reconfigures the boundaries between self and environment, questioning the old Kantian division between us and the world. While sight differentiates and delineates, the other senses are more diffuse. They blend us into the environment to question where we end and something else begins. This remapped sense of personal space can have implications for how we treat others, how we care for our environment, as well as how we perceive difference. 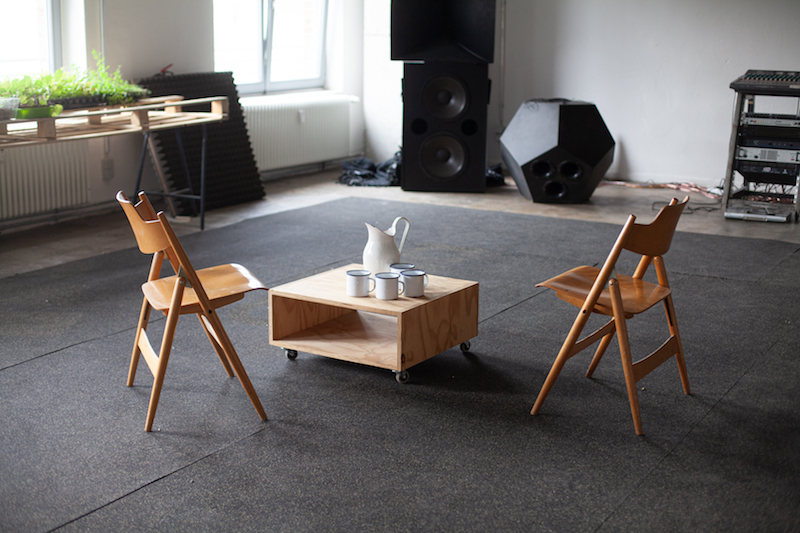 Lewis’ question has thus expanded over time. It has come to shift the boundaries of embodiment beyond the dominance of sight, and even the dominance of people. This means that performativity is not just a human activity based in seeing and being seen, but a relational interaction between all things. What happens when we consider ourselves hosts or guests in the many situations that we might find ourselves in? How can we listen to the presence of a rock? What can we offer as the visitor of a tree? Or for that matter, what can we learn about love from lichen?