‘Once Upon A Who?’ marks Simon Fujiwara’s second solo exhibition at Esther Schipper and is shown alongside a bespoke merchandise collaboration with Highsnobiety. From painting and photography to animation and sculpture, Fujiwara is known to weave through multiple media, and exemplary instances of this versatility are all on display in this current show. 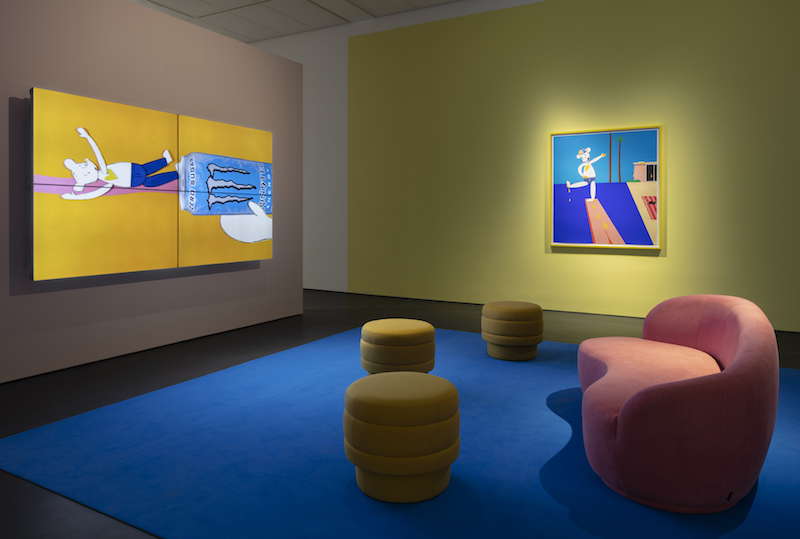 ‘Once Upon A Who?’ revisits Who the Bær, a 2D character first created by Fujiwara in spring 2020 for the Fondazione Prada in Milan. The bear has no race, gender, sexual orientation or nationality, and the exhibition is centered around their longing for identity. Visitors are invited to observe as Who the Bær tries, fails, becomes and dissects the practices, labels and categories that humans use to define themselves. The exhibition at Esther Schipper consists of a series of partitioned rooms, each one showing Who as they go on a dark and tangled journey of self-discovery.

Visitors are introduced to Who the Bær via a stop motion animation at the beginning of the exhibition. Over the video, Fujiwara recites a poem that describes Who as an ordinary bear with plain external characteristics. It seems that this mediocrity has cornered Who into feeling like a nobody. Thus, they try on the various labels that humans have designed for themselves, to see which ones fit best. 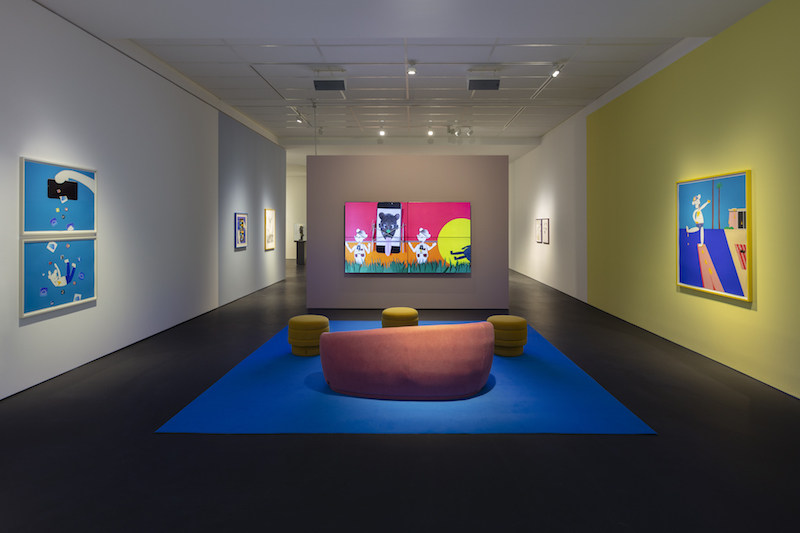 The video is shown in a plush and playful, bright setting, like a scene out of a Dr. Seuss book. The space feels warm, inviting and innocent, in line with the animation and the character of Who the Bær. This nostalgic environment, or ‘Whoniverse’ as Fujiwara calls it, lends the exhibition a certain innocence that, when delivered in tandem with the poem, is mixed with a sinking sense of dread. Though the content appears jovial, it has a sinister underside. This juxtaposition evokes pity for Who, a bear cast into a confusing human-made world. For the most part, Who cannot decide their class, orientation, gender or race. All have been randomly predetermined for them and any attempt to subscribe to a group or class comes with an added risk of individuals of that group condemning them on the basis of the label being ill-fitting, and leads to Who feeling more lost than ever. In this sense, the exhibition hammers home the absurdity of the categories humans have built in order to secure a false sense of control over ourselves and one another. 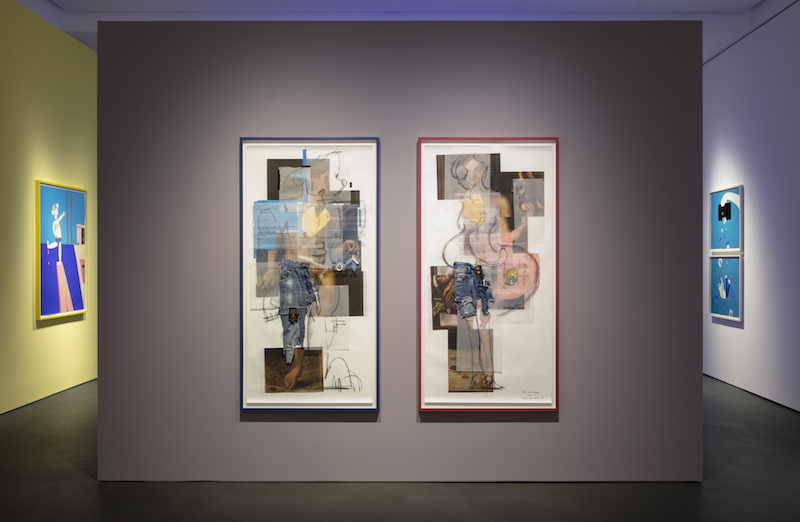 The exhibition follows Who as they decipher these themes through considerations of sexuality, childhood and cultural phenomena. The works dedicated to gender are notably thought-provoking. In particular, the piece titled ‘Who’s Original Sin’ explores classical masculine and feminine stereotypes through a collage of modified images and sketches. The piece records a societally-sanctioned description of the perfect woman/man and, in doing so, reveals the impossible intricacies and contradictions that exist in each and within the gender binary as a concept. 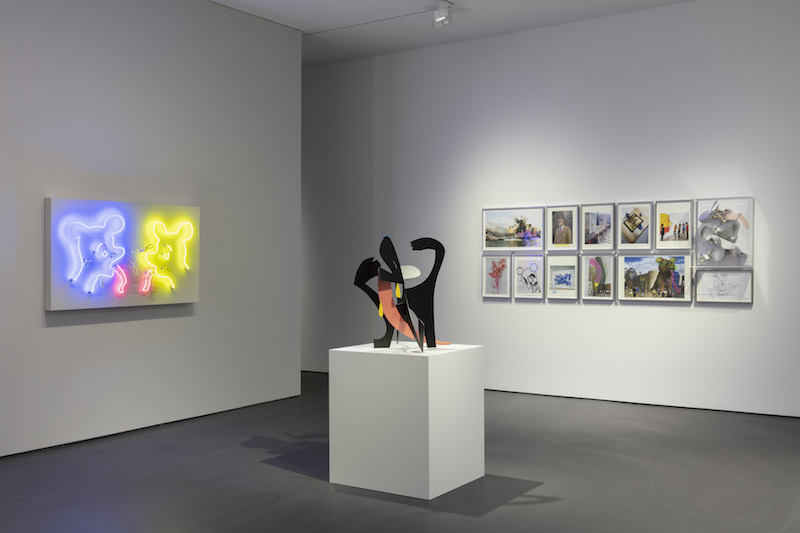 As a whole, the show is an eye-catching maze of pop art-like works. Each installation feels like an extension of the stop motion animation shown at the beginning of the exhibition. It’s as though Who is hopping through the rooms in real-time, squeezing into political figures, who-ifying hallmarks of contemporary art or warping well-known scenes from fairytales. Watching them flirt with, distort and appropriate facets of the human world feels both exciting and disturbing and ultimately showcases how malleable society’s long-held traditions can be.

‘Once Upon A Who?’ is a poignant take on society’s obsession with rigid identity categories. Through a carefully orchestrated yet whimsical path, the exhibition effortlessly reveals the ways in which these preoccupations are as arbitrary as child’s play. Fujiwara expertly champions his protagonist’s weakness—Who the Bær’s lack of identity—as their ultimate superpower. 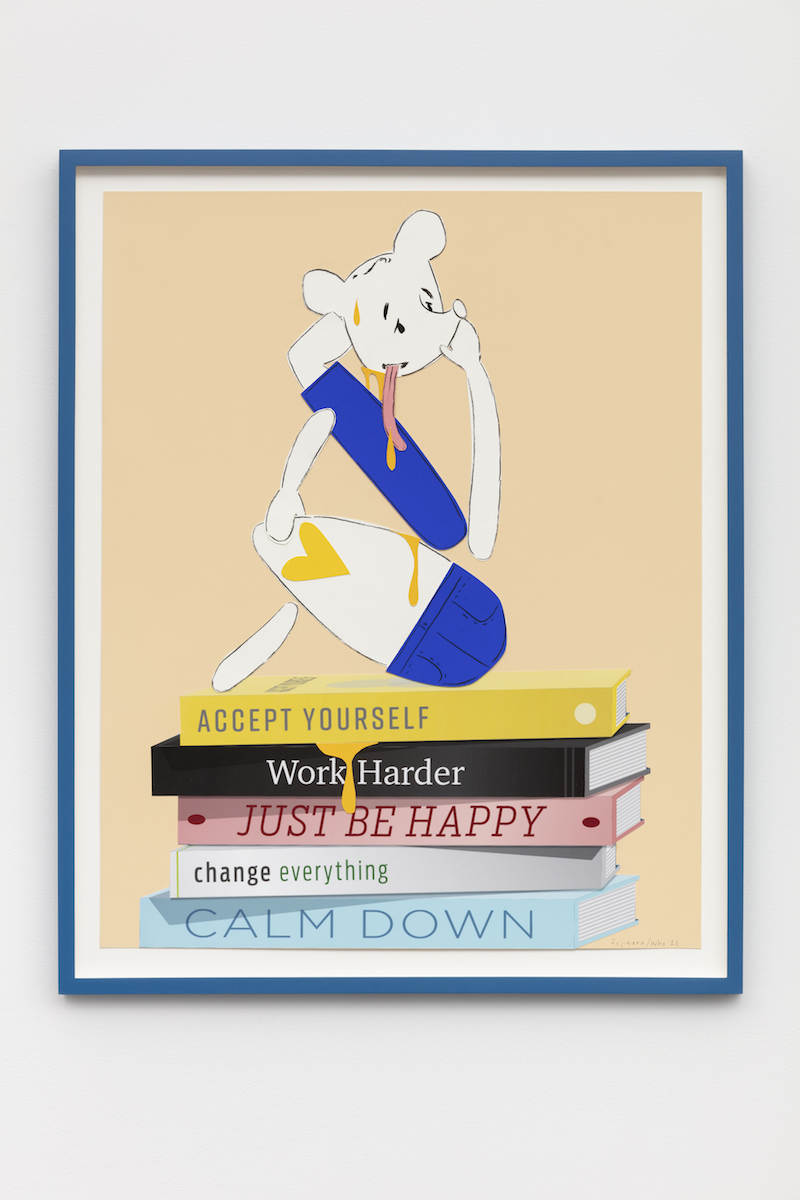