In a nod to Italo Calvino’s influential novel ‘Invisible Cities,’ the upcoming exhibition of Chinese artist Cen Long at Palazzo Contarini del Bovolo in Venice, entitled ‘Invisible Passages—A Connection Between That Which Is and That Which Has Always Been,’ will present the artist’s oil paintings in tandem with relics from the 15th and 16th century. Among these relics are two carved polychrome wood statues of the Virgin Mary, a painted wooden sculpture of Saint Jerome, a portrait of the Saint in meditation, and the invaluable crowning masterpiece of the great renaissance maestro, ‘II Paradiso’ by Tintoretto (1518-1594), all provided by the Fondazione Venezia Servizi alla Persona. 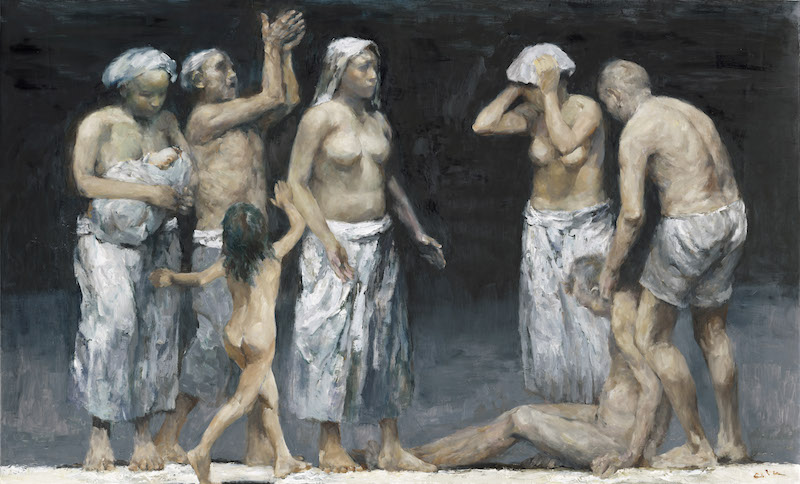 In the exhibition, which runs from March 10th until April 7th, Cen Long’s paintings express his resonance with these works, as he was personally touched by the expansiveness of ‘ll Paradiso’ and the austere charm of the religious statues. Through the conversation between artworks from disparate times, curator Metra Lin hopes to reinforce the notion that the spirit of art bridges distances of time and space. In her curatorial statement, Lin explains: “‘Invisible Cities’ by Italo Calvino is a phenomenal piece of literature…Cen Long’s art has imparted a similar sense of wonder and amazement as Calvino’s literature did to me. Whereas one wields visual images and the other language, that their art borders reality and the fantastic in a liminal fashion is why the audiences are strongly inclined to incorporate their own experiences when evaluating Cen and Calvino’s art.” 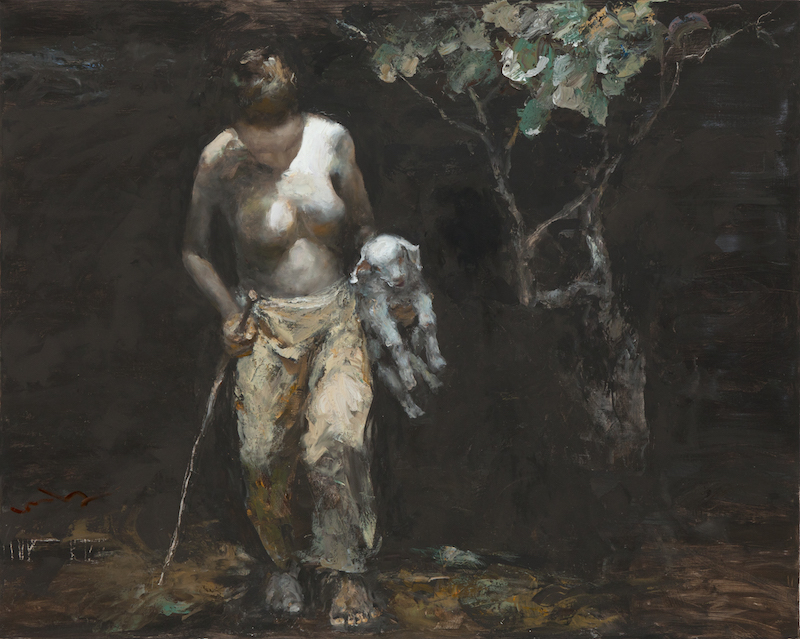 In keeping with this curatorial concept, artist Cen Long believes that, despite the passage of time, people and events, mankind is most perfectly defined by the constant search for the truth, the beauty, and the virtues valued in paradise. In his works, the human figures are abstract models of human traits and characteristics put together for the viewer to recall with familiarity. The dark backgrounds offer a contrast with the artist’s illuminated human characters, shedding light on the daily toils and anxieties they experience with honesty and sensitivity. 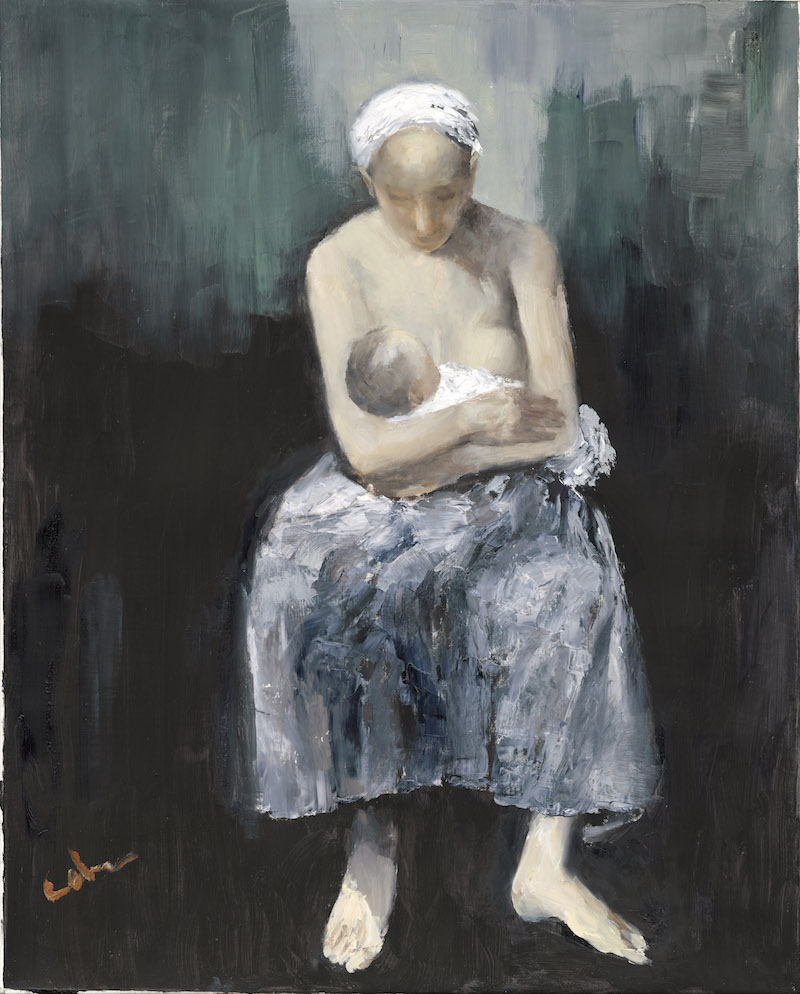 Exhibition curator Metra Lin has devoted much of her professional life to researching Cen Long’s work. In 2019, she published ‘Cen Long – The Follower of Light,’ in which she reflects on the artist’s career, remarking that, at the age of 60, Cen Long is still actively developing as an artist, continually incorporating his ideas, philosophies and experiences into the substructure of his painting. Bolstered by Metra Lin’s curatorial commitment to the artist’s oeuvre, the exhibition of Cen Long’s paintings in Venice will no doubt help to elucidate many of the artist’s intellectual pursuits for European audiences.

Cen Long: ‘Invisible Passages—A Connection Between That Which Is and That Which Has Always Been’
Exhibition: Mar. 10 – Apr. 7, 2022
hannart.cc
Scala Contarini del Bovolo, 4303, 30124 Venice, Italy, click here for map