For the next of Berlinische Galerie’s monthly IBB Videoraum screening, filmmaker and artist Ginan Seidl will showcase two of her previous works—‘Spin’ (2017) and ‘Boy’ (2015). Though her works differ widely from one another, they simultaneously raise compelling questions surrounding the body and its perception.

Over the course of 80 minutes, ‘Spin’ addresses the phenomenon of rotation, using the notion as a point of departure to question how we perceive things at the boundaries of our knowledge. Traversing between two wholly different world views—those of science and religion—the experimental film deals with different concepts of truth and their complexities. On the one hand, the film looks at meditation through dance in Sufism, examining the spinning motion of the body. On the other hand, ‘Spin’ refers to quantum mechanics and the intrinsic angular momentum carried by particles. Beginning with a salt desert, fictional invisible characters meet, searching for a place of their being. Poems, interviews with physicists, philosophers, a Sufi sheikha, a semazen, and fictional dialogues are interlaced with an audiovisual exploration of rotation, examining different forms of doubting, differentiating and thinking. 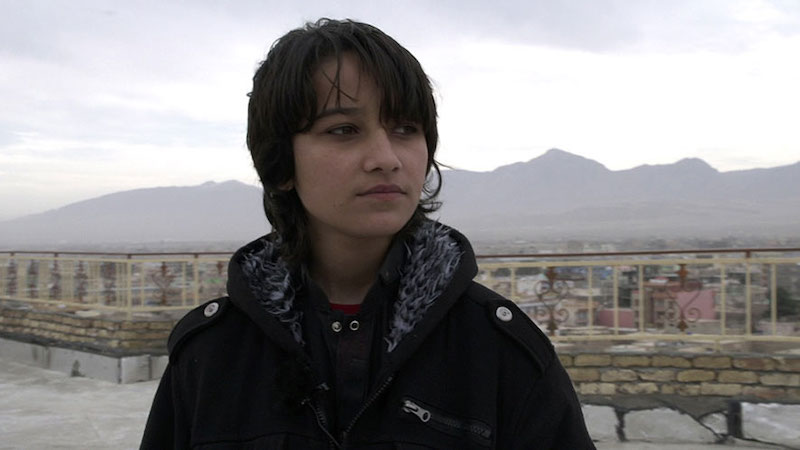 Pursuing an altogether different narrative, ‘Boy’—written and directed by Seidl and Yalda Afsah—documents the lives of an Afghan girl and woman while simultaneously raising complex questions about gender, identity and personal freedom in Afghan society. The film first tells of Farahnaz, an Afghan girl raised as a boy in accordance with the tradition of “bacha posh.” Now, as a teenager, she does not wish to return to life as a woman knowing her consequent loss of freedom. Elaha Soroor, our second protagonist and successful singer, explains how she would dress as a boy while living in Afghanistan to benefit temporarily from greater liberty. Both attempt to find a channel to deal with their role in society and fight for their right to live a self-determined life far away from the conventional images of woman/girl in Afghanistan.