On June 2, the Citizenship, a boat made from the old upturned roof of the ZK/U (Centre for Art and Urbanistics), set sail for Kassel to take part in documenta fifteen. The 650km journey will take about two months, with an estimated arrival on July 22, almost a month after the international event opens. Upon arrival, it will be pulled out of the water and set up as an exhibition site wherein all the stories and experiences gathered on its journey will be displayed. In the meantime, the audience for the boat will be the people visiting the various stops on its route, which can be found on the Citizenship’s website, as well as its changing crew. On the same website anyone can apply to be part of the crew, at least for a number of stops. In return for three meals a day and, of course, art, they will also be required to put in some hard work. The boat is steered, according to the ZK/U’s website, not by a motor but by “paddling, cycling, towing, pushing, and whatever else it takes to keep the roof-boat moving.” 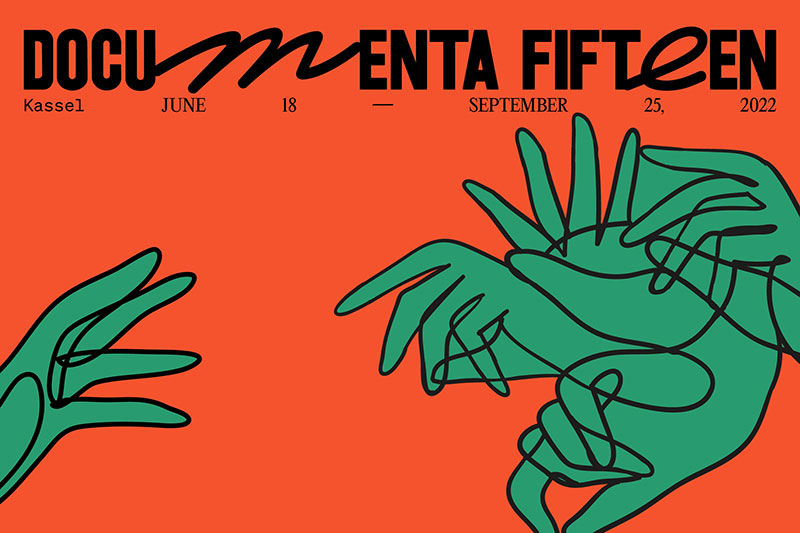 This is but one taste of a documenta that promises to confound expectations and rewrite what this quinquennial art event means, as evidenced by programme offerings such as ‘undoing documenta,’ a three-part conversation series where “artists and collectives in Kassel [are invited] to share their experiences, failures, and crises.” Like the Citizenship, this particular programme, run by LE 18, a multidisciplinary cultural and residency space established in 2013 and located in the medina of Marrakech, has a limited audience, though this is actually a sign of focus rather than exclusivity. ZK/U and LE 18 are two of 14 collectives invited by the curatorial collective ruangrupa to take part in documenta fifteen. Instead of directly presenting artworks, they will be organising, in the spirit of lumbung, experiences that intend to explore what collectivity and communality can mean today. 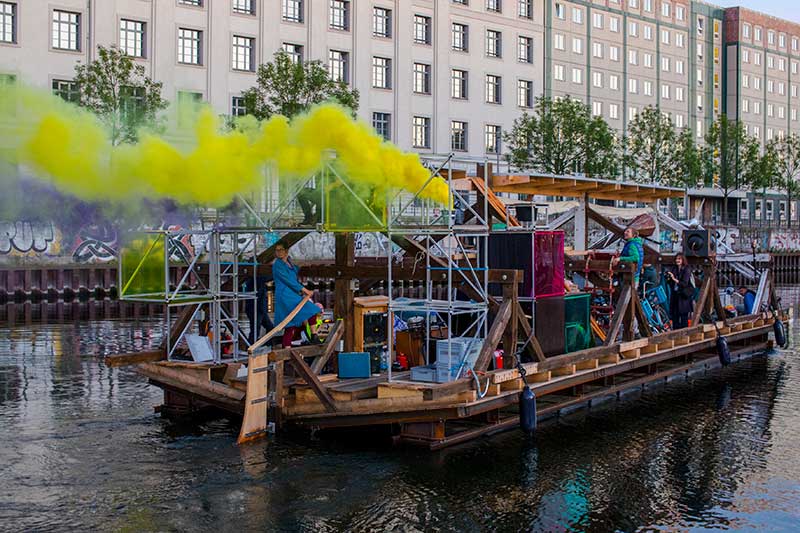 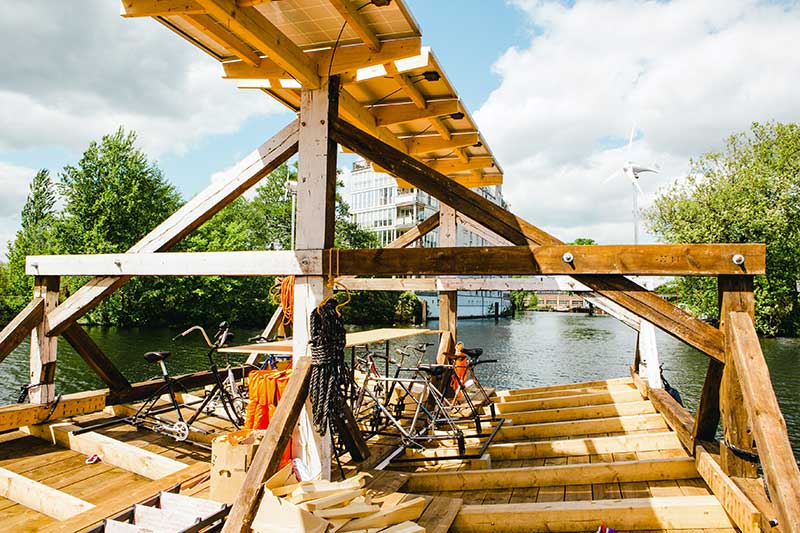 Lumbung poses the question of what artistic and event making is, as well as what operating on a large scale might look like in sustainable contexts. A large part of this is inclusion, even if not everyone can take part in every event. Inclusion also means reaching out to people in their own spaces. This is why documenta fifteen will connect with the local space of East-Kassel which normally has not been a part of the international art event. ruangrupa explains that they want to “redefine the relationship between the city centre and the periphery. It’s about decentralising urban experience and connecting the different urban spaces—like the juxtaposition of industrial and residential areas—and the different people living here.” One example of new spaces being used is the Hübner Areal in the district of Bettenhausen, where a number of artists and collectives will be offering workshops, installations and performative experiences. Amol K Patil, from Mumbai, India, according to the website, “is creating an installation from, among other things, a stage with kinetic sand, performers who skate for 100 days, a hologram, a screening, and several objects.” Fondation Festival sur le Niger, an initiative founded to support the art scene in Ségous, Mali, will bring processions, concerts, theater, film, and (other) contemporary art to the areal. 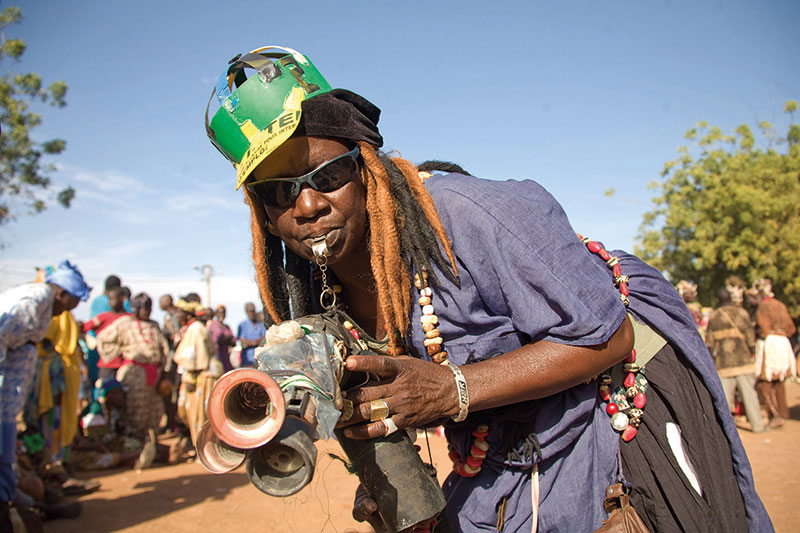 The heart of documenta will be ruruHaus, a department store that most recently housed a sports arena but has been vacant since 2018. The building has served as ruangrupa’s headquarters since 2021 and is a place where lumbung can be experienced and practised. In addition to gathering areas, cafes, and bookshops, various collectives will be organising projects there. ZK/U, for example, will host Beeholder – Beecoin, which intersects cryptoeconomic design and beekeeping. Operating as a Distributed Autonomous Organizations (DAO), Beecoin is an art project dedicated to the improvement of the living conditions of bees. 15 beekeepers from Kassel will take part and visitors can also participate. 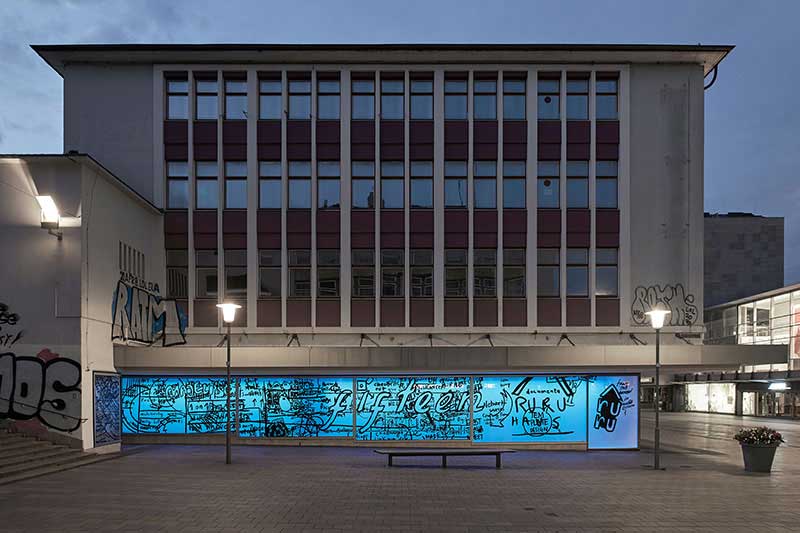 As with every documenta there will be too much to see and do, though the audience is not intended to necessarily take it all in. An important part of the program is to highlight the importance of “nongkrong,” the Indonesian word for “hanging out together.” This relaxed, non-committal form of togetherness will be fostered over various spaces across Kassel that are conceived of as “living rooms.” Leisure and unforced communal “being” is just as vital to a society as active participation.

It is wise to embrace this leisurely sense of being in general, otherwise this year is sure to elicit a bout of FOMO as major art events are not staggering their openings and thus potentially splitting their audiences. Interestingly, Art Basel opens at the same time as documenta fifteen, which could be a decision forced by practicality or a sign of breaking paths. Two art worlds will convene in two different places in mid-June, one of which is the world as we know it, and the other, documenta, is intent on imagining new possibilities for creative and communal practices. While art will certainly be displayed in Kassel—some staple names of the international art scene such as Jimmy Durham and Dan Perjovschi are among the exhibitors—it is artistic experience that takes centre stage. It would not be far-fetched to say that this year’s documenta doubles as an art event and artwork itself. Rather than getting a glimpse of the “key” artists and issues worldwide, the audience is encouraged to consider what art can be, what society itself might be, and play a role in its formation.