THE MONTH of Performance Art 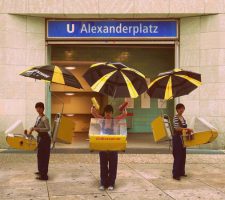 The numerous locations around Berlin have been a platform for performances of interesting artists from around the world. The program started on May 1st and lasts until the end of the month. If you hurry up, you can still catch the final shows and discussions! 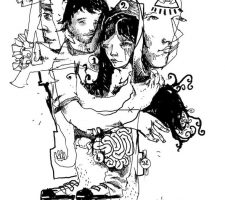 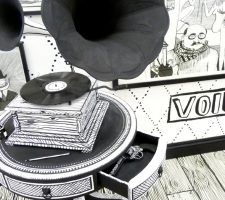 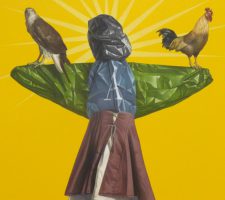 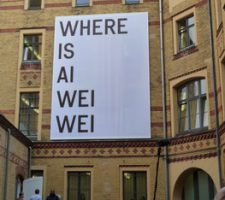 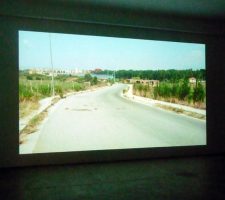 With a jogger, a bottle, and a puddle on the street as it’s actors, the stories unfold either with an absurd suspense, an illusion of finality, or a feeling of unending entrapment. 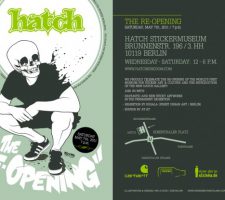 After finding our way to an unmarked inner yard of Brunnenstrasse 196, we made our way through a relaxed skater crowd to find an impressive collection of sticker art. Framed and exhibited were pieces from notorious street artists such as Obey and Prost, side by side with commercial stickers and anonymous artwork. 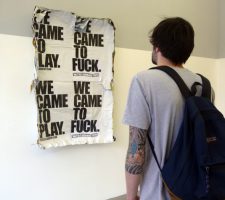 For those who still believe that WASTED GERMAN YOUTH is more of an art project than a tshirt label have the chance to prove themself even maybe right by checking out the 2006 WE CAME TO FUCK piece from paul snowden at the group show with Philippe Decrauzat and Olivier Mosset at Nymphius Projekte. 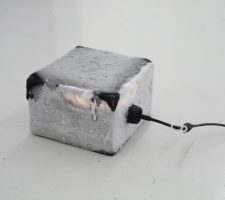