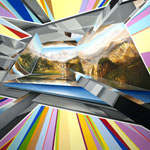 There are not many Australian artists who can claim to be as dexterous as Peter Daverington. Daverington is a unique presence, mastering the painter’s palette and techniques, as well as being an accomplished Ney Flute player with acclaimed performances in the Great Pyramids of Egypt… 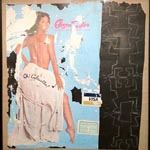 In its fourth year, Art Monaco is back! From April 25 – 28, 2013 Art Monaco will be presenting contemporary art from 65 invited galleries from 25 different countries at the Grimaldi Forum in Monte-Carlo, Monaco…[read on…]

“System und Sinnlichkeit”, the contemporary drawing show at Kupferstichkabinett, features eighty works by ten artists from Germany, Britain, Spain and America. Produced within the last ten years, the majority of the works are non-figurative with unifying themes of grids, cell structures, chaos, models for imagined worlds and the material as subject…[read on…]

Look out digital media, PRINT IS NOT DEAD 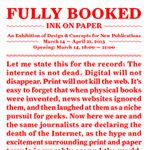 For many artists, Gestalten is the holy grail of graphic design and publishing. Setting trends for the latest typography, layouts, concepts and book design, the publishing house garners champions in international print innovation and visual culture…[read on…] 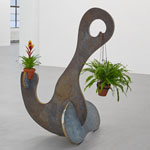 While the Bauhaus school has been known by many as a men’s club – think Walter Gropius, Paul Klee, Wassily Kandinsky and László Moholy-Nagy, recently the Bauhaus Archiv/Museum of Design has been highlighting key women from the school with their series Female Bauhaus…[read on…] 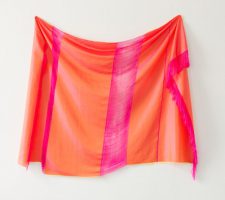 Located in the centre of Mitte, up several flights of stairs and overlooking Rosenthaler Staße, we met with Irish artist Aoife Collins to uncover the temporary premise…[read on] 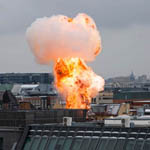 If you were near Bahnhof Friedrichstraße last Wednesday, you may have seen an explosion coming from the roof of a building. However, don’t panic! It wasn’t a terrorist attack! It was the second intervention from artists Andreas Greiner and Fabian Knecht from their series ENTADUNG…[read on…] 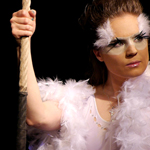 Interview by Angela Connor in Berlin // Feb. 16, 2013
If you haven’t already heard of Jiga Eva Masumi, you soon will. Already, the distinctive style of the band has attracted the attention of the international art and music scenes. In addition to their recent tour of Israel, they are scooping up key gigs with…[read on…]

DIRK BELL: the devil is in the details 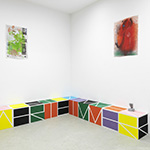 Diana Sirianni: Looking through a kaleidoscope 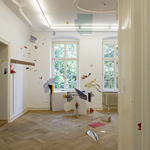