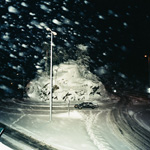 As part of the European Month of Photography, Swedish Photography is exhibiting the work of Stockholm based photographer and photojournalist, Lars Tunbjörk. Exhibited over two adjoining spaces, his bleak documentary series Vinter was shot between 2004-07 and captures the bitter reality of the…[read on…]

Article by Angela Connor in Berlin // Oct. 02, 2012.
German artist Thomas Demand (b. 1964) is well known for his large-format photographs of life-sized three-dimensional sculptures made from cardboard and paper. Trained as a sculptor at the prestigious Kunstakademie…[read on…] 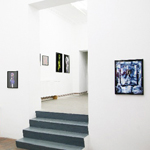