Reality Ruined and Rebuilt: An Interview with Victoria Pidust and Volo Bevza 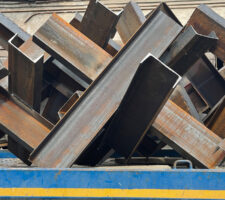 On the 12th day of the war, we spoke to Ukrainian artists Victoria Pidust and Volo Bevza about their current experiences, absurdity and how reality is rebuilt by media…[read on]

“Track sleep. Track steps. Track habits.” – So begins the promotional video for this year’s transmediale, themed “Capture All”. Intimating an invasion, collection, and configuration of basic patterns and functions, the theme initially purports a fixation on human activity and an overabundance of whichever qualities it takes to be and predict what is human…[read on…] 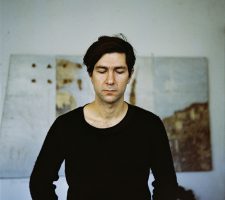 Back when Pluto was a planet, cellphones didn’t fit into your pocket, and the internet was a joke on Seinfeld… How long ago was that? In preparation of the transmediale 2013 and in lieu of seeing the future, we’ve created a go-to guide of the events, screenings, performances, and presentations which stand out for us…[read on…]

It’s that time again! The annual Berlin-based festival, the transmediale, is just around the corner! Focusing on presenting new media works that question the relations between technology, art, and society, the festival returns with the theme of Back When Pluto Was a Planet (BWPWAP)…[read on…] 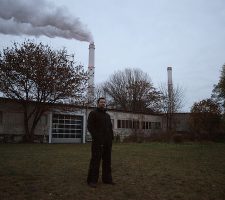 Following the flow of the Spree river, the urban landscape of Berlin transforms in the East of the city, growing desolate and industrial. Formerly a German bathhouse…[read on]

Art in India, an Interview with Diana Campbell 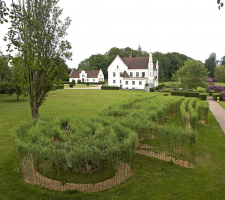 Obstacles stand in the way of sculptural production in India: lack of funding, class divisions in exhibition spaces, difficulties experienced by artists in obtaining documentation to go abroad. The Creative India Foundation, established in 2010 for the purpose of supporting art, artists, and the art scene in the country, is currently developing a large-scale sculpture park… [read on…]

The washed out yellows and blues of barren deserts, the greying beige of airports and parking lots, electric spandex and torn cotton, empty streets and populated swimming pools. Linguistically, they are sentence fragments. Visually, they are photographs, spanning a time frame of almost four decades of America – America captured and portrayed in colour, in crime, in space, natural and built…[read on…]

The space is clean and white, minimally dressed. Seemingly empty frames hang on one of the walls. A black circle is drawn on each pane of glass. Initially, the purpose of the marking is unclear. Is it the price of the frame? A careless scribble? But at the center of the circle, rising to the surface of perception, is a miniscule speck…[read on…]

hessnatur, Germany’s largest natural clothing brand and one of the pioneers of the global organic fashion movement, is currently inviting young, up-and-coming designers to apply for the fourth Humanity in Fashion Award—-presented to innovative ideas in sustainable fashion design….[read on…]