“System und Sinnlichkeit”, the contemporary drawing show at Kupferstichkabinett, features eighty works by ten artists from Germany, Britain, Spain and America. Produced within the last ten years, the majority of the works are non-figurative with unifying themes of grids, cell structures, chaos, models for imagined worlds and the material as subject…[read on…] 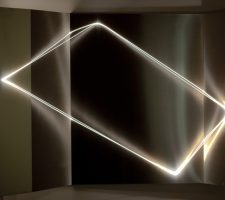 On January 7th, Neue Berliner Räume will present their next exhibition, CLAIM. The show aims to present works united by their reliance on a direct aesthetic presence rather than a conceptual…[read on…]