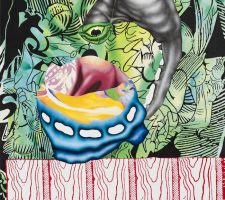 Article by Katharine Doyle in Berlin // Jun. 02, 2017
carlier | gebauer gallery is currently showing the work of German artist Thomas Schütte, providing insight into his continued exploration of human experience amid migration. His work deals with…[read on]

Article by Candice Nembhard in Berlin // Mar. 31, 2017
Almost eighty years after its disappearance, the whereabouts of ‘Der Turm der Blauen Pferde’ (The Tower of the Blue Horses) by German Expressionist Franz Marc is still largely…[read on] 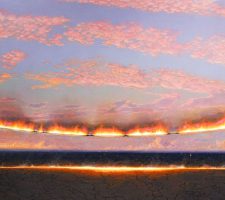 Article and Photos by Brigid Cara in Berlin // Jan. 30, 2017
Now showing at Contemporary Fine Arts until Mar. 4 is the exhibition ‘Difficult Pleasures’ with works by two Australian painters, Cressida Campbell and…[read on] 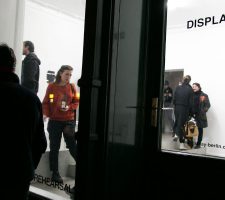 Article by Brit Seaton, photos by Sandra Camey in Berlin // Jan. 06, 2017
‘Enrico — autoaction in rehearsals’ is a collection of installations by Marie Jeschke and Anja Langer, presented by Display. The exhibition continues a dialogue…[read on] 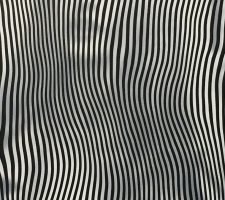 Article by Brit Seaton in Berlin // Dec. 06, 2016
Berlin Art Link is pleased to present a talk by Robert Lazzarini, as the first in a series of BAL artist lectures. Lazzarini will be presenting an insight of his artistic practice, and introducing his upcoming exhibition…[read on] 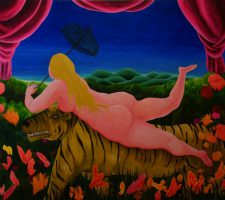 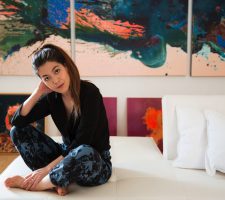 Beatriz Morales puts a contemporary spin on artistic styles of the past with her colorful, emotive, and (sometimes) nuanced paintings. As a Mexican artist living and working in Berlin, her works are charged with a political and cultural energy that is unique to her background and the Mexican Embassy in Berlin recently invited her to do a solo exhibition, titled HIDDEN…[read on…] 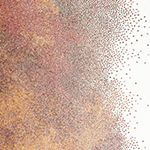 Artist Nicky Broekhuysen welcomes us to her neat studio in Moabit, a high ceilinged, concrete room that looks industrial but comfortable, the walls hung with…[read on]

Exhibition // Inside the Funhouse: Melora Kuhn’s The house of her reflection 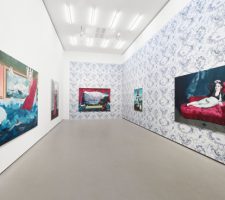 New York-based artist Melora Kuhn seems to have turned art history on its head with her richly detailed and heavily narrated paintings at Galerie Eigen + Art. It is difficult to transform such a small, concise space into an entirely alternate world…[read on…] 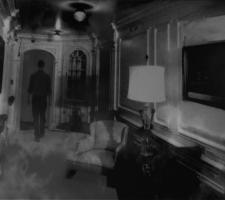 German filmmaker and artist Daniel Laufer’s studio is eclectic and divided, reflecting the different work that he puts into making his film installations. Part of the room richly furnished…[read on]