On Friday Oct. 3 to Sunday Oct. 5, Greenhouse Berlin will host Signs of Dexterity, an art convention and market. 73 artists from 23 countries, both emerging and established talent…[read on…] 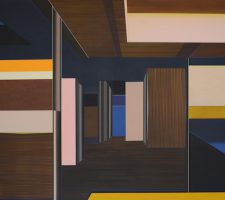 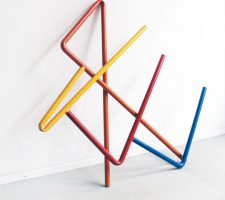 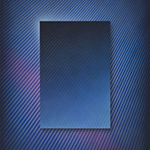 American artist Evan Gruzis’ new solo show is his fourth one at DUVE Berlin, and it shows his range and development as an artist. His work has become more abstract and cohesive, demonstrating mindfulness of his progression and reception as an artist…[read on…] 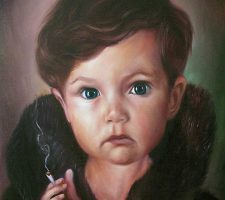 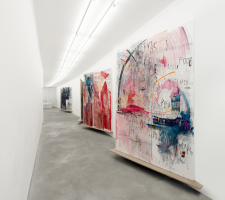 Despina Stokou‘s work has been compared to Jean-Michel Basquiat’s in that they both execute colorfully layered paintings that operate at both minute and distanced viewpoints. But Stokou’s current show at Eigen + Art Lab is memorable in that viewing her painted works is like an archaeological dig through our collective knowledge of recent popular culture, and involves…[read on…] 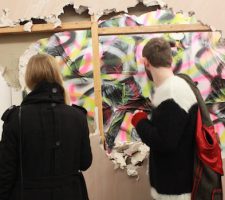 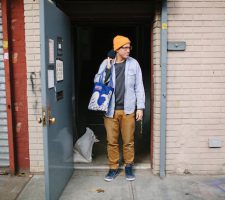