Article by Jack Radley // Jan. 11, 2019
For Bruce Nauman, touch is sensual and sexual, prohibitive and encouraged, instinctual and directed. Spanning both the Museum of Modern Art and MoMA PS1, ‘Disappearing Acts’…[read on] 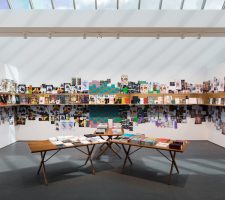 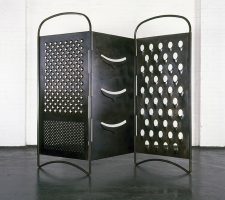 Article by Jack Radley in St. Louis // Apr. 24, 2018
Mona Hatoum’s most recent exhibition, ‘Terra Infirma’, destabilizes universal notions of home, displacement, and global conflicts. After its premiere at The Menil Collection in Houston, the artist’s first American survey show…[read on]

Performance // Ritual of Dreams: An Interview with Apichatpong Weerasethakul 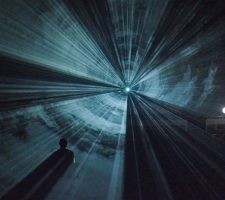 Article by Jack Radley in Berlin // Dec. 15, 2017
Apichatpong Weerasethakul, or ‘Joe’ as he’s known to most fans, grew up in a hospital. The child of two Thai doctors, Weerasethakul spent most of his time surrounded by the colors, odors, and rituals of this…[read on]

Exhibition // 50 years of ZERO: A Retrospective at Martin-Gropius-Bau

Over 50 years ago, artists Otto Piene and Heinz Mack founded Zero, an international art movement in response to the limits and constraints of post-war artistic paradigms…[read on…]

“You’re a dot. I’m a dot. We’re all dots”Yayoi Kusama at Centre Pompidou

Yayoi Kusama had a vision from early on, and expressed it using a lot of different mediums, from paintings, to sculptures, and then through live art…

Friedrich Seidenstücker: Of Hippos and other Humans at Berlinische Galerie

Fredrich Seidenstücker had a particular quirkiness when it came to taking photographs. Having taken interest in what others may consider distinctly mundane, he made a niche for himself in street and animal photography. He was most successful commercially in the years prior to WWII, at a time when his optimism and sense of humor could be reflected by society as a whole…