Berlin Art Link is proud to announce a special evening screening of:

An Island is an unconventional music performance film and an abstract documentary about a band and an island. In August 2010, French filmmaker Vincent Moon and Efterklang’s 8 piece-live band met up on an island off the Danish coast. The objective was to shoot a film that was the same length as an album, and full of performances, experiments and collaborations.Over an intense period of four days Efterklang collaborated with more than 200 local musicians, kids and parents, creating new performances and interpretations of songs from their album Magic Chairs (4AD, 2010). It was documented by Vincent Moon who also conducted several filmic and musical experiments with Efterklang as his dedicated playmates. 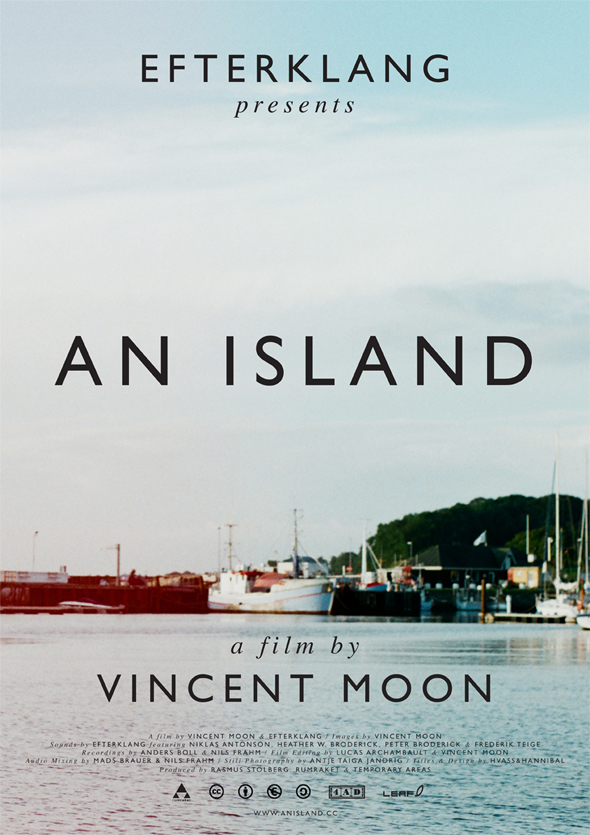 Please join us for this very special evening and bring friends!