This is a review of the final installment of the ICAS Kitchen series, part of Club Transmediale. The talks were presented by Todaysart Festival [NL] & Cimatics Festival [BE] at Paloma Bar, Friday the 4th of February at 7pm.

In recent years, the relics of “New Age” culture have become valuable fodder for artistic appropriation, especially in the music world (think Emeralds or Pocahaunted). Belgian artist, Dolphins into the Future, creates dreamy ambience that would not be out of place at a yoga class, while his record covers depict lotus flowers and spiritual apparitions in muted pastel tones. Such nods to the New Age go beyond hipster irony. They seem a genuine attempt to reclaim aspects of 90’s New Age culture that have long been relegated to the “cringe bin.” 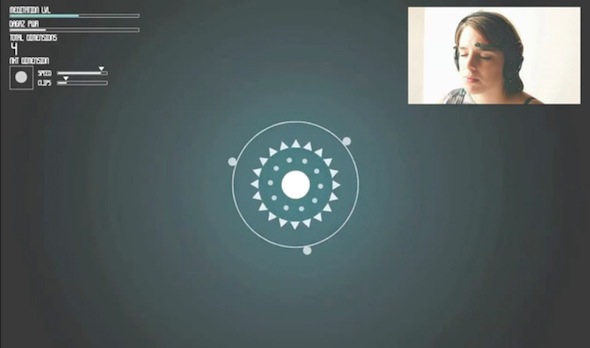 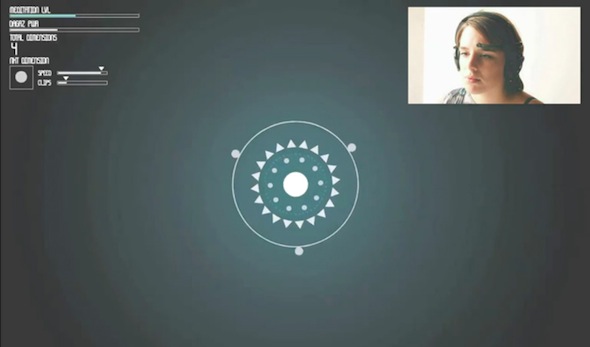 It was against these recent cultural trends, that I began to understand the first presentation of the night – Beer Van Geer’s Dagaz: a computer-game for meditation. His talk began with a slideshow of a recent trip to South-east Asia and his observations of the pervasive meditation culture that exists there and remains largely lacking in the West. For some, I’m sure, their new-age-alert was activated. And then came the project: an application that employs the users own brain waves (via a Mindset neurofeedback device) to assess and track their level of meditation. Any skepticism abated into sheer wonder as Beer showed a video of the programme in use. As the player increased their level of concentration a small circle in the centre of the screen would gradually disappear into nothingness. As new levels were reached, new shapes (based on archetypal mandala patterns) would pulse into life on the screen. Although the game was not live, it was hard not to feel its hypnotic pull, aided by a soothing soundtrack containing, in case the player has closed their eyes, a soft wash of synth each time a new level is achieved.

Beer eventually hopes to develop a multi-player mode where users can interact via the web, prompting one audience member to ask: how do you meditate together? Assumably, such interactions would be the antithesis to competitive modes of gaming – if a player really tried to ‘beat’ their opponent, their concentration would likely falter. Dagaz goes beyond mere appropriation of New Age signifiers. It’s a profoundly genuine attempt to grapple with and replicate one of its central claims to transcendence. 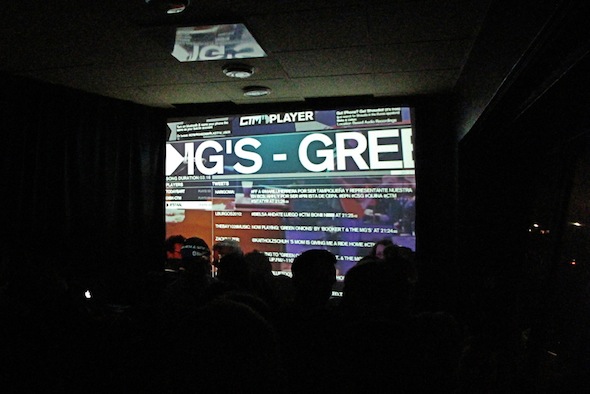 The second presentation came from Roland P. Landegent, a master of applications who began his talk with a slide proclaiming: “I really like to code.” Of particular interest, was a new iphone app he has developed called Shoudio, which allows users to post and search audio recordings according to their locations. While Roland envisioned some quite specific examples: live music recordings (with permission of course) or a spoken-word piece performed on a beach, the greater appeal, to my mind, is simply the ability to search and access temporally fixed field recordings. What did this place sound like at this time on this day?

The presentation ended with a live demonstration of >Player – a real-time social jukebox that accesses music from audience members LastFM profiles. It was fascinating to feel the anticipation rise as more people added their profiles to the mix (done by either tweeting your username, or changing the name on your phone) – everyone secretly hoping that their more embarrassing tastes were not about to come out over the loudspeakers. Despite the obvious variety of tracks played, once you switched your mind off to it, there was nothing to suggest this wasn’t a regular Friday night DJ-set.

If ideas of meditational healing or communal consciousness were ever unfairly maligned because of the new-age-cringe factor, then applications like Dagaz and Player could be resurrecting their images. It might be hard not to feel oneness or connection when everyone in the room is your fellow DJ or under the spell of a hypnotic mandala.