Platz Me! How Kissenschlacht filled Pariser Platz with Scuffle, Whimsy, and Feathers:

To call this a flash mob is an understatement. The Kissenschlacht this past Sunday was an event of emergence, bringing thousands together with pillows in-hand to engage in a bigness that can only be understood as explosive and exuberant. And while the Brandenburger Tor was originally built as a symbol of peace, it was also built as a response to the Propylaea in Greece, the sacred spatial entry to the Acropolis, and thus inspired a magical, mystical energy that lifted all who participated out and above the normalcy of our every-day city.

Perhaps we needed to be briefly lifted out of the recent somber events of evolution, natural disaster and escalations of violence; perhaps the touch and smell of spring tickled an energy in the city that was buried for months, but Berliners were enthusiastic to collide with each other on March 20th and fill Pariser Platz with a warm and effervescent snow. 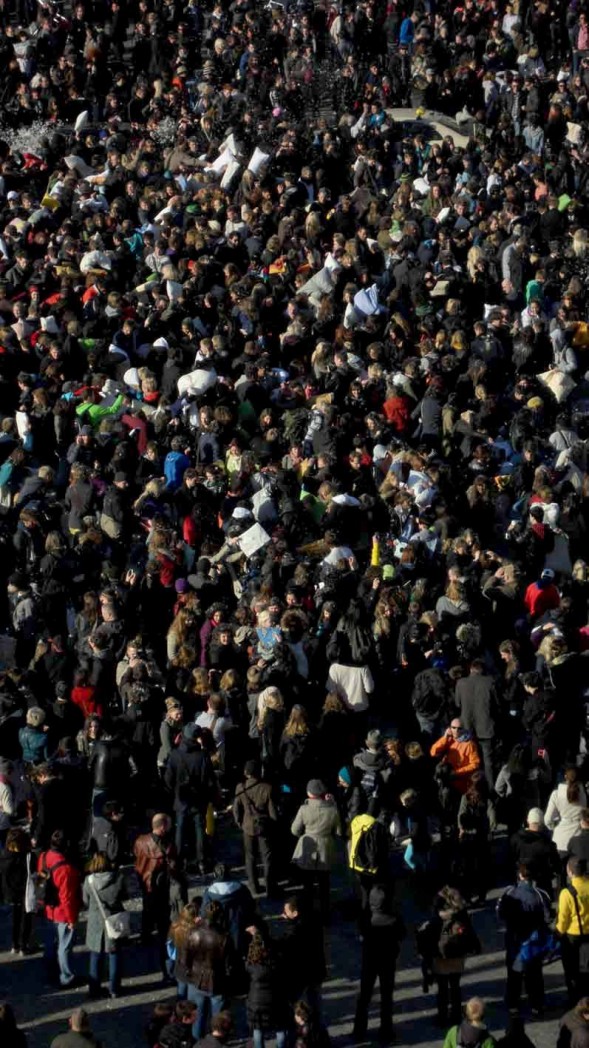 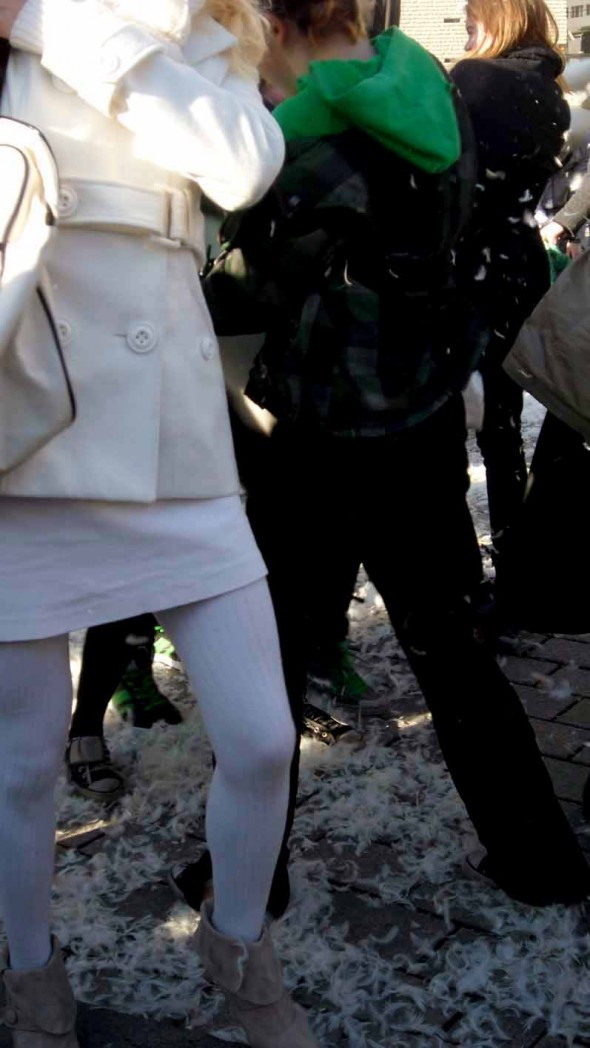 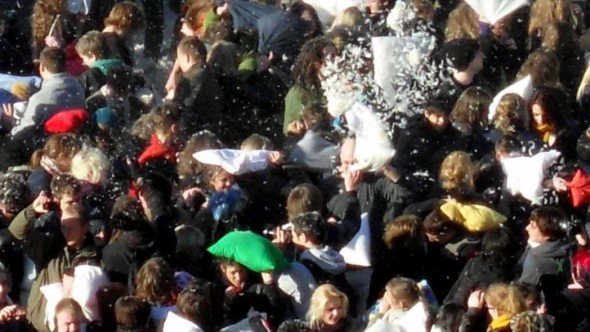 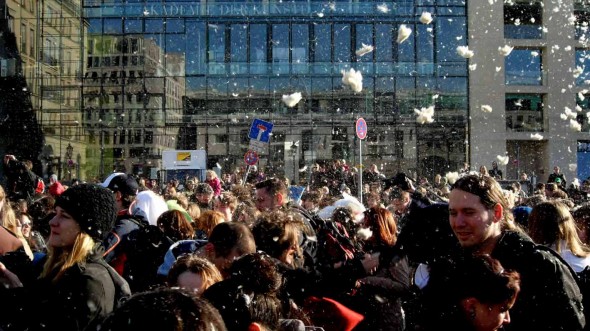 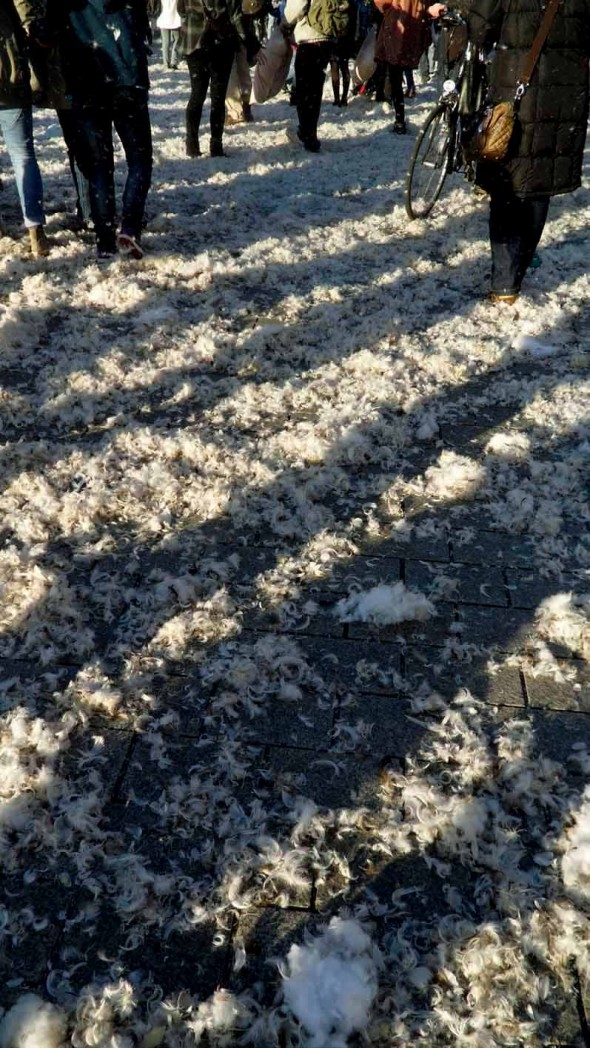 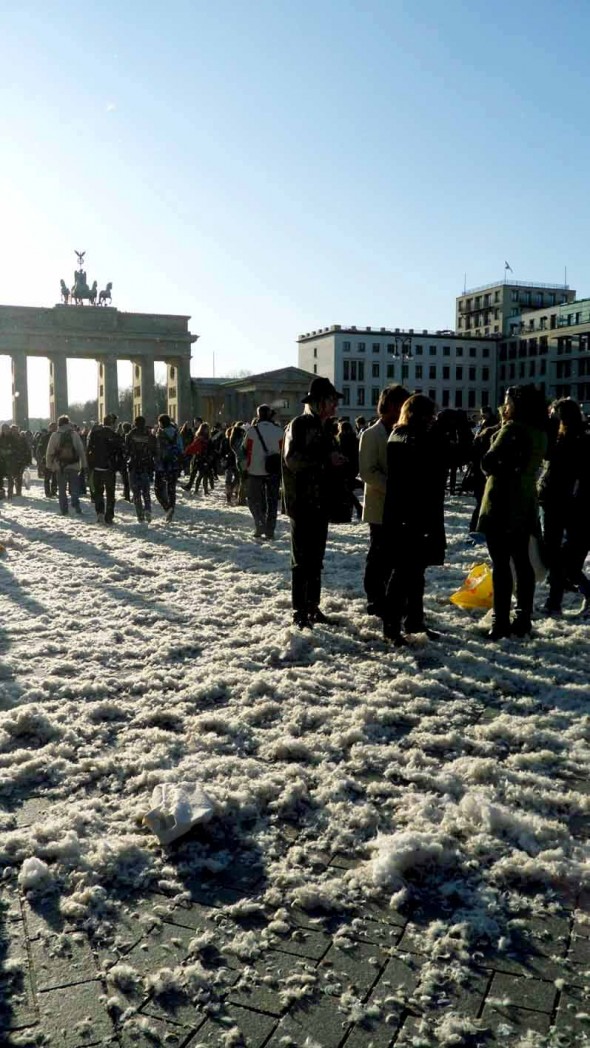