Around 500 people gathered for an hour long sit-in outside the Berlin Chinese embassy to protest for the artist Ai Weiwei’s immediate release, following a call on Facebook by New York curator Steven Holmes. The sit in took place at Chinese embassies and consulates worldwide, from Beijing over London to Kassel and Paris.

A calm atmosphere reigned: people passed bags of sunflower seeds in homage to Weiwei’s current installation at the Tate Modern and waved posters. The protest was attended by leading figures of the Berlin arts scene including the curator of the Ethnological museum in Dahlem, and aroused a great deal of media attention.

The protest was inspired by Weiwei’s piece “Fairytale” for the 2007 Documenta in Kassel, where the artist exhibited an installation of 1001 late Ming and Qing Dynasty wooden chairs. Weiwei has consistently called for greater freedom of expression and democracy in his home country, and has been the target of several government investigations.

Ai Weiwei was arrested by the Chinese government on April 3rd. He has since been detained at an unknown location, and little information is known regarding his whereabouts. A government speaker has stated that he will be charged with “economic crimes” as well as “inciting unrest”. Weiwei was due to travel to Berlin to attend the opening of his exhibition at the gallery Neugerriemschneider on April 29th – it is unlikely that he will make it. 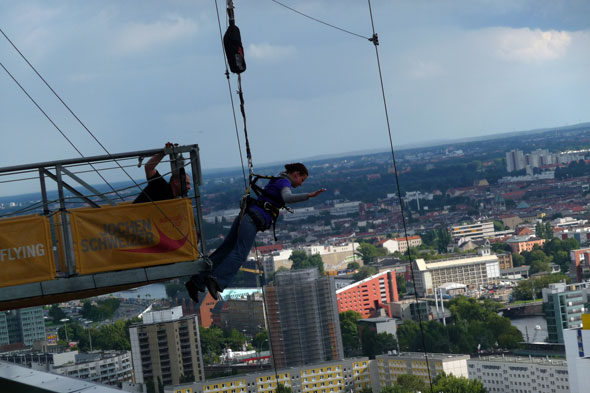 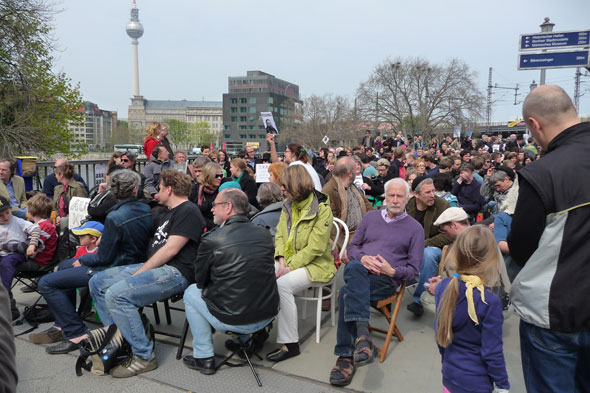