Recently I visited David Hockney’s exhibition, “Me Draw on iPad” at the Louisiana Museum in Denmark. Walking into this exhibition I did not expect the work to be nearly as engaging as it proved to be. The range of drawings was quite impressive from the anticipated pop-like doodles to the very detailed portraits and expressive still-life sketches.

The exhibition effectively utilizes the contemporary attention span by displaying drawings on quickly rotating iPad slideshows. Similar to flipping through a photo album on Facebook, I was able to “consume” a few hundred drawings, without feeling visually overloaded. My natural desire to interact with the display, however, was denied. Unlike the Apple store, the exhibited iPads were on lock and did not respond to touch or allow individual navigation through the works. Leaving the exhibition feeling a bit like a teased child, my desire to buy an iPad has only grown. Apple wins again, and I suppose, so does Hockney. 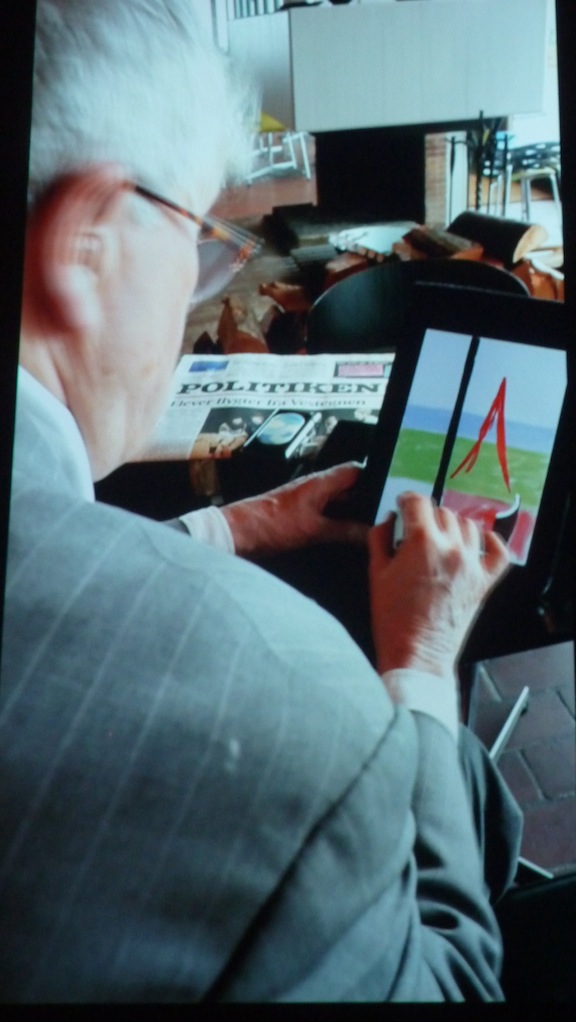 David Hockney draws the view from the Louisiana Museum Cafe (2010), photograph of projection by Clare Ros 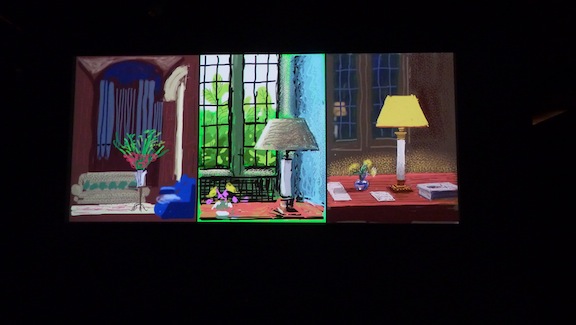 “Me Draw on iPad,” exhibition view – photo by Clare Ros 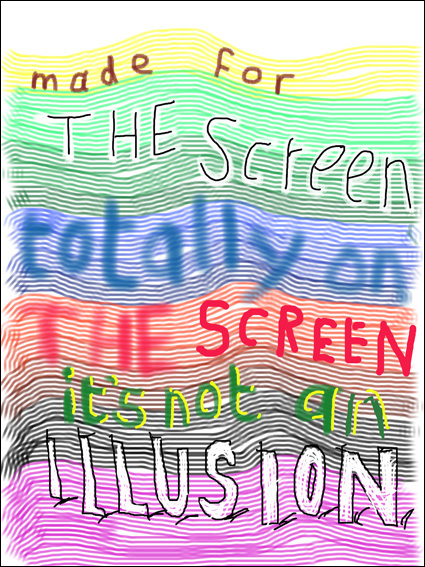 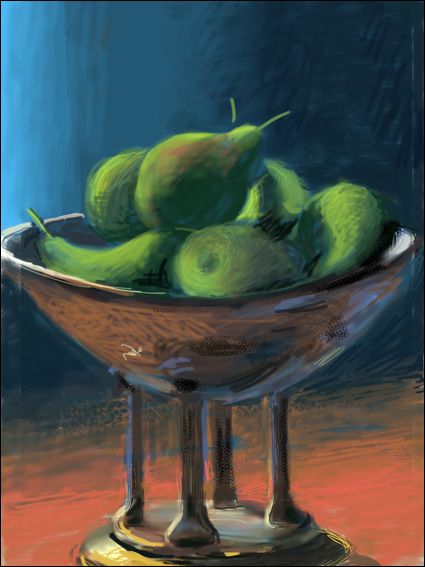 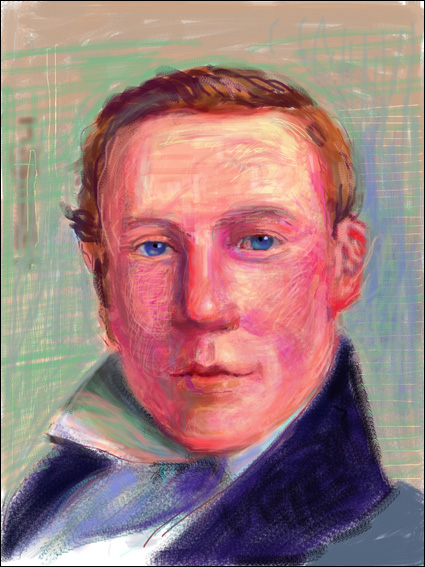 Statement from the Louisiana:

David Hockney’s discovery of the inexpensive drawing application called Brushes for iPhones and iPads opened up a different world for the English artist. Sometimes on a daily basis, during the past few years, Hockney has created more than 400 drawings, first on his iPhone, and later on his iPad. Louisiana’s installation includes several hundred of the works displayed on 20 iTouches; 20 iPads; a triptych slide show directed by the artist especially for the Louisiana Museum and several projections. Viewers are also able to see some of the works as they were drawn from start to finish thanks to the animation playback feature of the Brushes app. The exhibition is presented in the Jorn room located in the west wing of the museum. During the course of showing at the Louisiana, Hockney will occasionally send new iPad drawings via email to the exhibition.

Hockney began working with the iPhone in 2008, and his subsequent discovery of the Brushes application as well as other “apps” enabled him to produce works of extraordinary variety. Since that time, the artist has created hundreds of images, on both the iPhone and the iPad ranging in subject matter from flowers, plants, portraits and self-portraits to landscapes and still lives. Hockney in his early works in the medium used his thumbs and fingers to create full-color images directly on the device’s screen, modifying the color and hue and layering brushstrokes of various widths and opacities. Recently, the artist began to also use a stylus designed for the iPad.

In 2001 the Louisiana presented a retrospective exhibition of Hockney’s work entitled David Hockney – Painting 1960-2000. In 2007 the Museum acquired the artist’s large-scale painting A Closer Grand Canyon, 1998 consisting of 60 smaller canvases joined together instead of one view, which soon became one of the Louisiana’s most treasured works in its collection. It is precisely this struggle for the gaze which is still going on and the connection between eye and hand that he is exploring in these new iPhone and iPad drawings. The world is right in front of us sensual and intimate as well as entirely overwhelming at the same time.

Hockney loves looking and drawing and has said that his current work in all media has allowed him to see and feel nature much more clearly. He draws to see, and he calls it self-deception if we assume we have seen all the dimensions of nature.

David Hockney: “Me Draw On iPad” is curated by Charlie Scheips. The design of the exhibition has been created by architect Ali Tayar.