“Where is Ai Weiwei” demands the artist Rirkrit Tiravanija in letters several feet high. The German foreign minister, Guido Westerwelle, issuing forth platitudes at the opening, cannot answer the question, nor, apparently, can anyone else in the artworld. The Chinese government remains resolutely mute in the face of the disappearance of its best-known artist. It is now 40 days since Weiwei was arrested, and his show at the gallery neugerriemschneider serves as a reminder that the culture wars are not over, they have merely relocated.

Weiwei’s installation of reassembled trees (Tree, 2011) and white porcelain rocks (Rock, 2011) is intended to invoke associations with traditional Chinese gardens, sites of contemplation and reflection. The dead trees mutely thrust their dead branches towards the gallery’s skylights. No-one dares to sit on the delicately adorned rocks, cast by artisans in the city of Jingdezhen, the cradle of Chinese ceramics production. Memento mori rather than meditation space, a reminder of the fragility and insularity of free speech and artistic expression, Weiwei’s piece reads contrarily to the artist’s original intentions. In doing so, though, it makes a far stronger statement – the artist’s mute absence dominating the viewing experience. 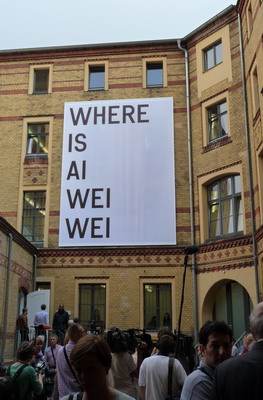 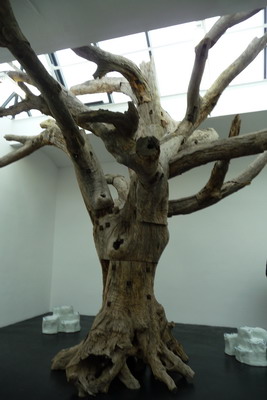 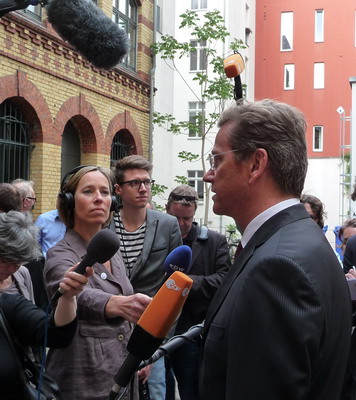