Anish Kapoor has created an amazing sculpture for this year’s MONUMENTA at the Grand Palais in Paris.

The yearly Solo Show takes place at Grand Palais and has included a number of internationally renowned artists such as Anselm Kiefer, Richard Serra and Christian Boltanski. Originally built for the Exposition Universelle in 1900, the hall reaches 13,500 square-meters with a 45-meter high glass vault.

Anish Kapoor is the fourth artist invited to create a monumental artwork for this giant space. His sculpture, Leviathan is named after the mythological-biblical sea monster. After the title of Thomas Hobbes’ book, Leviathan has additionally become a synonym for governmental arbitrariness. Today Kapoor has seized this reading by dedicating his sculpture to Ai Wei Wei.

Upon visiting Monumenta, viewers enter inside the warm, red sculpture. Sunlight shines through the glass vault and the steel ceiling structure is copied onto the sculpture’s thin PVC mantle. As viewers walk through the hall that surrounds the “monster” its eggplant colored “skin” is visible from every side. A full view, however, is never revealed, as Leviathan evokes contradictory feelings. Reaching 37-meters high with a volume of 72,000 cubic meters, it is a massive sculpture that appears threatening yet harmonic through the lightness of its air filled body and soft poetic curvature. 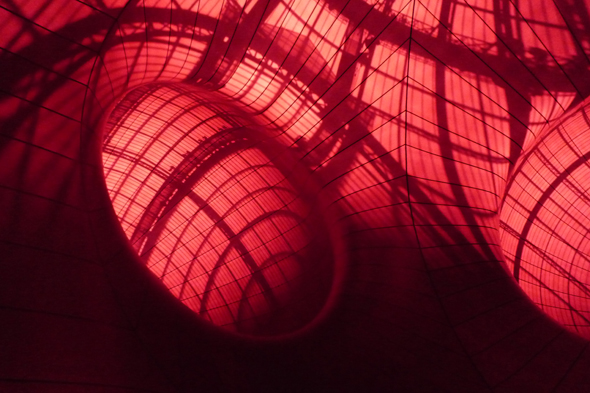 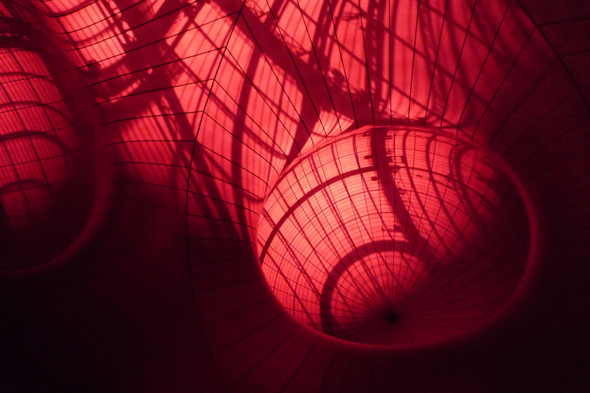 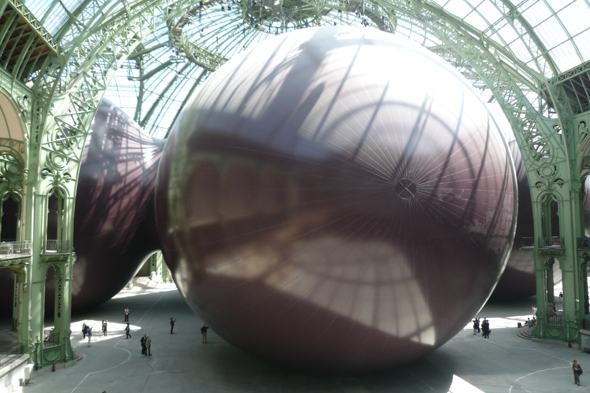 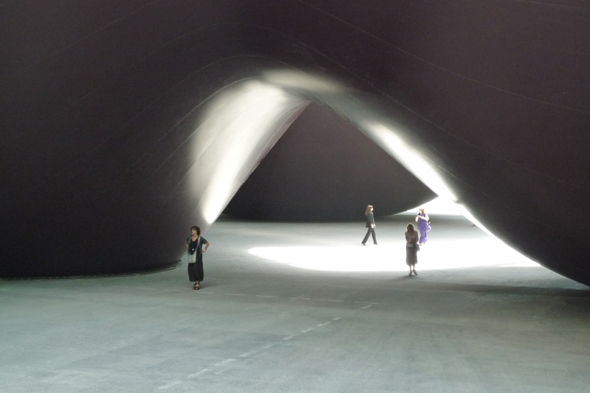 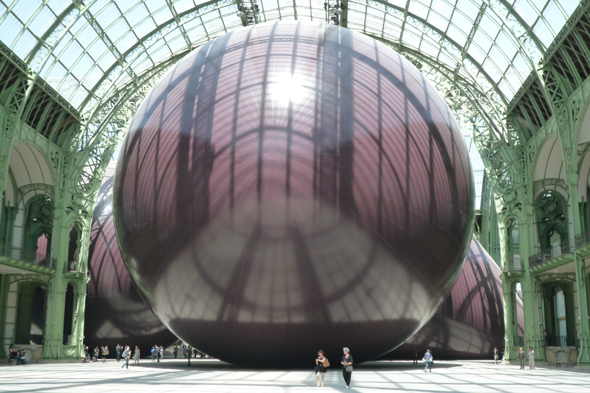