Iman Rezai glues, drips, drapes and paints. Large-scale collages dominate the Iranian artist’s (born 1981) recent output. Found objects in the form of Darth Vader outfits, plastic bags and children’s toys are piled up as pop-cultural references, the detritus of the more leisurely aspects of consumer society. Neon colours add painterly details, occasionally the artist drips and washes. The end result is one of joyful dynamism. His collages, he says, result from his gut feelings and how he relates to the found objects utilised, and have no inherent intention or meaning.

Iman recently graduated from Leiko Ikemura’s class at the UDK and is now a Meisterschüler at the university. He already has held international scholarships at the University of the Arts in London and Musashino Art University, Tokyo. 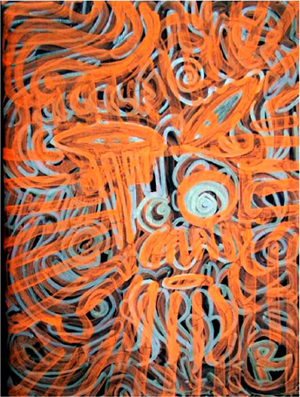