In the backyard of a Kreuzberg apartment block, Mira O’Brien’s studio-room is perched atop an exterior staircase. Large windows overlook a cheerful courtyard filled with the sounds of the neighbouring kita, letting in the sunlight and providing the prefect scenario for an artist who deals in reflections and refractions. Inside the studio, alongside large watercolours on paper, a number of precarious shards of glass lean against the walls. 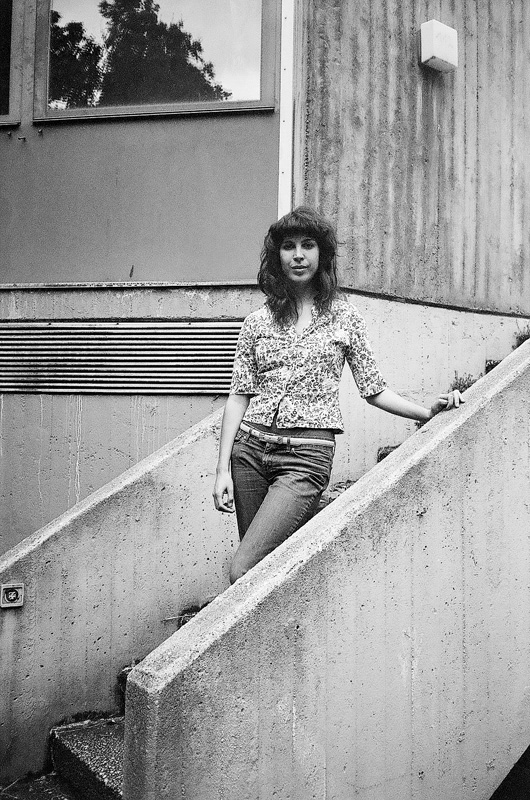 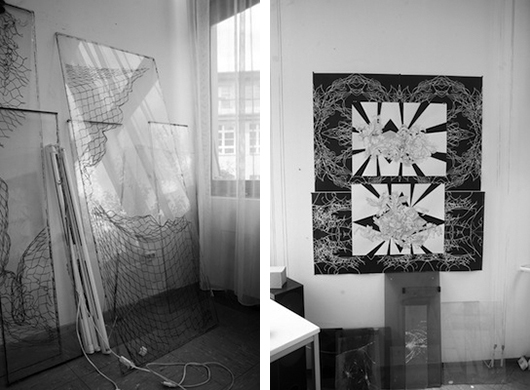 On one pane of clear glass, slim, undulating and interconnecting lines have been painted, casting a webbed reflection on the wall. My immediate thought is to see this as a completed work (Mira is known to use lights, shadows and real glass in her final installations), but soon find out that it’s a tool used in the creation of the large paintings on the adjacent wall. The eponymously titled series, Fractured Net (2011), are the result of an intense process of tracing (onto glass), reflecting (onto paper), shifting, re-positioning and repeating. The original object (an actual net) is figuratively shattered into a final fragmented composition. The resultant images are aesthetically pleasing, even decorative, while also being quite a frank document of process. Mira’s strength lies in being able to turn symbolic subject matters into literal processes and back again. Shapes resemble shards of glass, washed out colours hint at refracted light and so on. 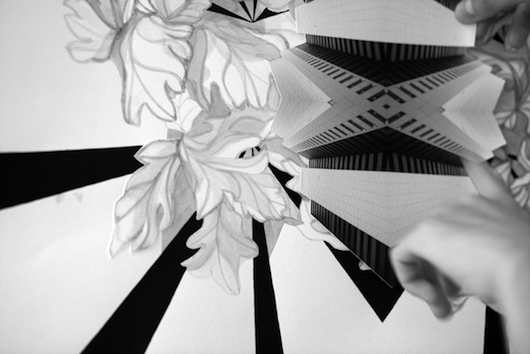 Mira’s background in Painting (Mira completed a Masters at Yale in 2008) is evident her approach. Being well-versed in traditional oil painting techniques still informs her experimentation with material and layering; yet her approach is unmistakably contemporary, as site, space and spectator are ever considerations in her installations. In the work Brittle Thicket (2010) at Vierter Stock Berlin, paintings appeared below glass on the floor of the gallery. Audience members were then invited to walk across the artwork, their steps creating star-like splinters across the smooth surface. I can imagine, how, as the glass crunched and crackled, the representation of a sprawling thicket underfoot would have been given both an audible and tactile dimension. At the same time, the original ‘thicket’ is also being slowly erased, mirrored, distorted and party concealed with each new pair of feet. Things went a step further in When Breaking a Current (2009). At the entrance to her glass walkway in the Berlin Volksbühne, visitors were given safety glasses and invited to join Mira in smashing the glass with a hammer. As with Brittle Thicket the audience-made web of radial cracks and fractures, add yet another layer of patterning, effectively completing (and obscuring) the artwork. The audience members are free to break the glass as they like, yet it will always within certain boundaries, restoring a kind of order to the composition. 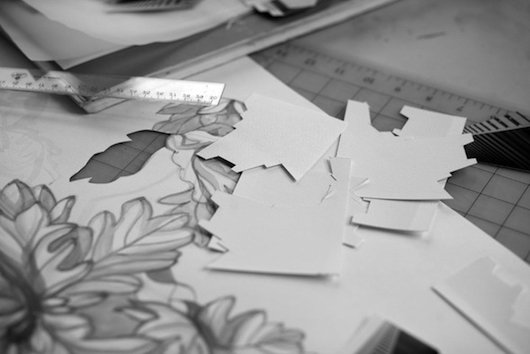 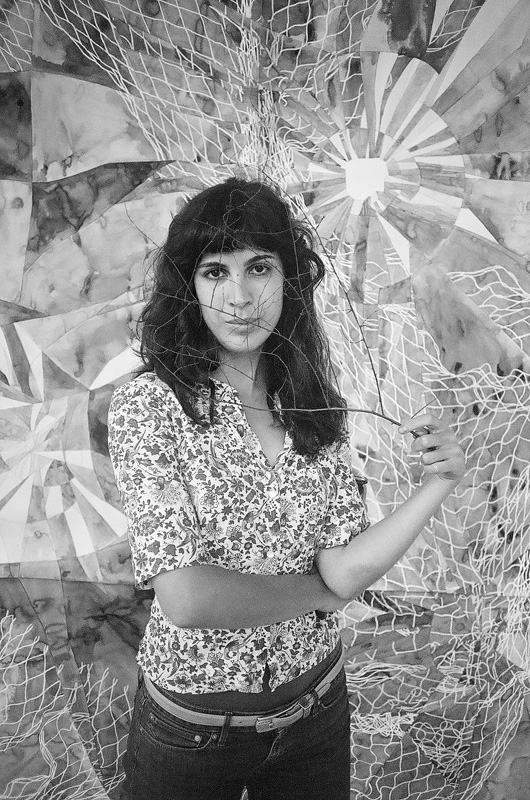 At the visit, we discussed Mira’s interest in Victorian era optical devices. One find (at the British Art Centre at Yale), was the Claude Glass – a small convex darkly tinted mirror used as a viewfinder by landscape painters and landscape painting enthusiasts alike, imbuing everything with the glaze of a heavily graded 17th Century oil painting. Mira’s interest in the device stems from the notion that our Gaze is ever-mediated, and optical technologies, landscape and painting have long been bedfellows. In her series Glass Tree (2007-2008), tree branches were painted on broken, darkly tinted glass and placed at a number of sites. At some locations, shadows cast by real trees reflected in the glass, creating fleeting illusions. The work functions as both a receiver of information it then transforms (as in an optical device), and as a representation of that process (the painted branches mimic shadows). As with the works that would follow, the artwork shifts easily between the represented and the shadow of the real, the process of an artwork and its reflection in actualisation.