Federico Maddalozzo is an Italian artist who has lived in Berlin for four years, except for a yearlong stint in New York in 2010 as part of the International Studio & Curatorial Program (ISCP). He makes art that is environmental and subtly documents a sense oaf place. Sculptural installation, conceptual drawing along with elements of collage are all part of his practice. The intense research and formulations result in work that is tranquil and deliberate following rules that he establishes for each individual project. I discovered his artwork in New York and was delighted to have the opportunity to do a studio visit with him while in Berlin. 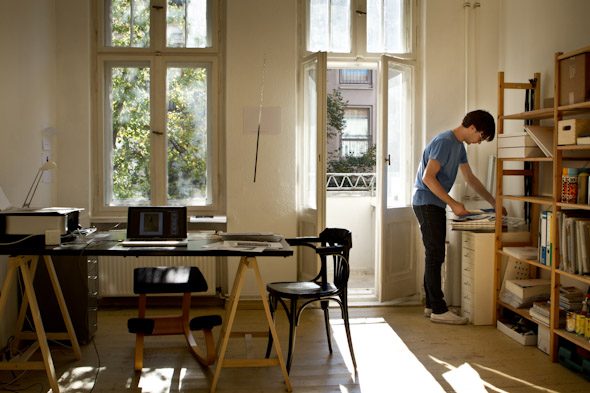 Located in the hip, artist friendly neighborhood of Neukölln, Federico’s studio is a live/work space, organized and precise. Upon entering, I recognized 44 oz. – 245 sq. Ft., 2010 a sculptural piece that comes to fruition based on a performative gesture. The piece combines two specifically measured blocks of wood, the same pedestal height as used for a traditional bust. One is placed on top of the other and colliding within the negative space between the two forms are cans of spray paint. Under the weight of the wood, paint is released into the air, hissing and dripping onto the surface until the color runs out. Being both time specific and arbitrary it is only within the constraint of time based media and the restriction of established rules that the artwork can become what it is intended to be. Hovering above this schema is also the looming concept of failure. His work, however precise and filled with conviction must always have room for failure, because as he mentions in his statement, many aspects of material elements fall outside the realm of control. 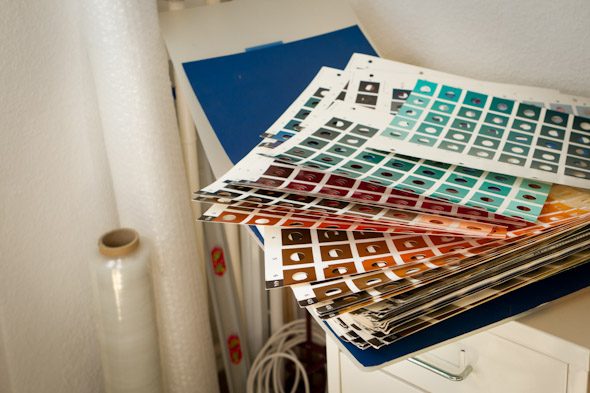 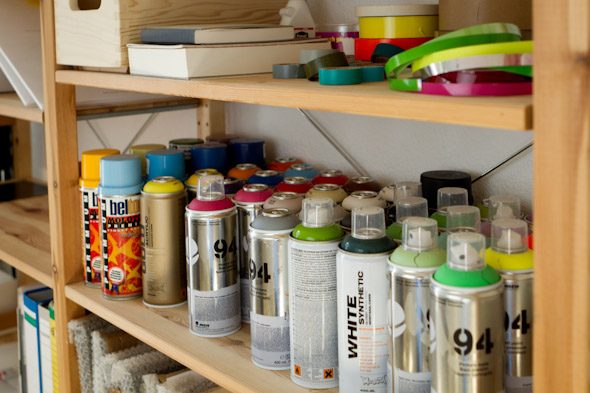 Contemporary artists often reflect their culture and environment. However when someone is outside of his/her country of origin, can we believe that they carry their culture with them or are they influenced more-so by the barrage of information that is introduced on a global level via travel and technology? While both are probably true, I personally believe the latter. Federico is very influenced by his intuitive sense of place. His work is an interpretation of objects often utilized for a specific purpose. Whether that purpose is for a physical structure or for the spreading of information can vary. When living in New York, he became interested in the visual, semiotic communication as distributed daily through publication of the New York Times. 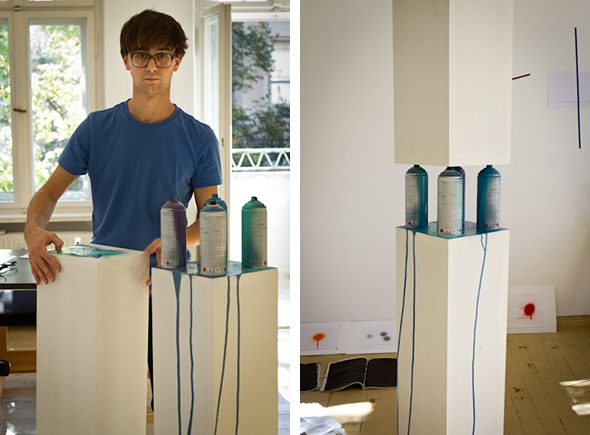 He realized how visual information and the documenting of tragic events is specific to a particular day, only to be replaced within the same context of the newspaper the following morning. It was through this realization that the project Nine Days Away, 2010 was born. As the title suggests, he purchased the New York Times newspaper for nine consecutive days. Each day he covered the entire front page with black spray paint. The amount of days involved had nothing to do with content but rather was determined by the amount of paint in one can needed to fully cover the front page of each paper. The result is quite eerie and strikingly beautiful. Viewed at a particular angle it is apparent the creased newsprint is in fact that of the New York Times. A slight change in opacity varies on the surface based on the text and photographic information now below the black surface. This particular series is specific to New York but also lends itself on a global level to journalistic circulation and the disposable quality of paper as medium. It also challenges the viewer to look beyond the didactic content which is now hidden. The matte black surface of each issue exists of its own fruition, as an object outside the realm of its original motivation. 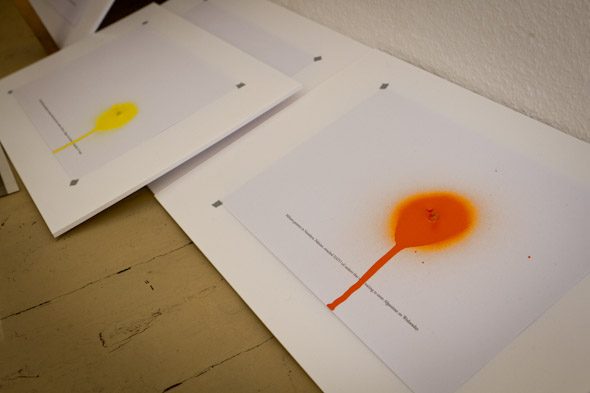 During my time in Berlin, I had the opportunity to visit many different artists’ studios. However, Federico, whose body of work is specific to the city where he is based, was the most conceptual. Since living in Berlin, his practice has evolved sculpturally and he is deftly remaking structures used within the schema of construction sites. Walking the streets of the city, he often takes photographs of objects. These can range from the back of a billboard to a wooden form used to secure a particular zone cordoned off for construction/electrical workers. The process of documentation is then brought into the studio for observation and visual interpretation. Time of day and light are extremely relevant as he determines color usage based solely on the visual perception of light, in this case as brought forth from the Berlin sky. Many who live in Berlin recognize, and several different individuals pointed out to me, that the buildings and environment change frequently based on the light. While this is true for many cities, here the sky is often a shade of gray. However hues of pink, purple and a pale blue are often filtered through the haze and reflected in the stone and brick surfaces both natural and manmade. The ambiance changes based on time, weather, season, etc. Federico is sensitive to the nuances, decoding his own documentation to then duplicate the exact color through refracted light as it is reinterpreted by the lens of a camera and later the human eye. Something with a particular justification is remade into art, which has no other purpose then to just be. 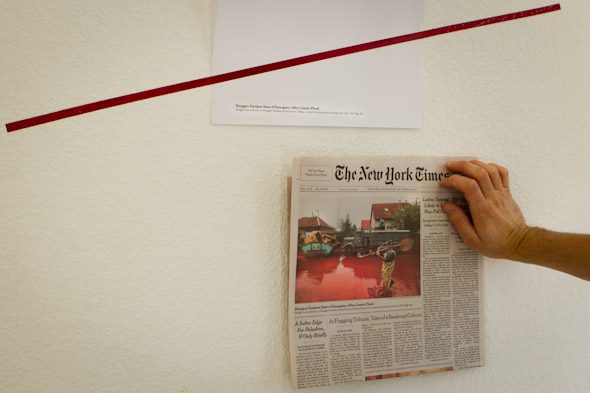 Studio practice is just that; practice and/or a physicality of movement based on ideas that lead to an object or completed idea, not always having to be manifested/actualized. Federico Maddalozzo is making work that references, challenges, and reflects our current time especially that which could go unnoticed.

Katy Diamond Hamer is an art blogger and artist based in Brooklyn, New York. She was recently in Berlin documenting the contemporary art scene. Stay tuned for more posts on Berlin Art Link coming soon.