Anja’s studio is a place of work, a minimal and dedicated space. The room is dominated by two large-format pencil works, still being meticulously worked upon, as well as the tools of her trade, a table filled with carefully arranged pencils in the order of the spectrum. The works are of large human hands against white backgrounds, and although they have already taken shape (with incredible detail), Anja informs us that they are still works-in-progress. Hours of gently marking the paper with pencil await – a process she explains is meditative (rather than pain-staking). 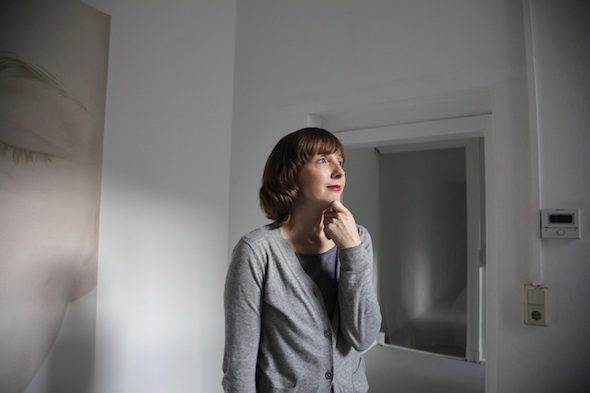 Before seeing Anja’s work in person, I had assumed an association with photo-realism, or hyper-realism ¬– and there certainly is a quality and precision of detail that resembles these styles – but seeing them up close, such associations seemed less relevant. Unlike the rather mechanical almost print-like processes employed by the photo-realists, Schrey’s style is far more interpretive. Layer upon layer of faint lines create a luminous effect, one that is almost impressionistic. This effect seems to come more from the process and medium that any finite attempt to replicate a source. The skin of Schrey’s ‘hands’ – built from seemingly infinite, delicate, almost translucent layers – is a figurative skin, a mimetic skin, one that could never be captured by a camera. 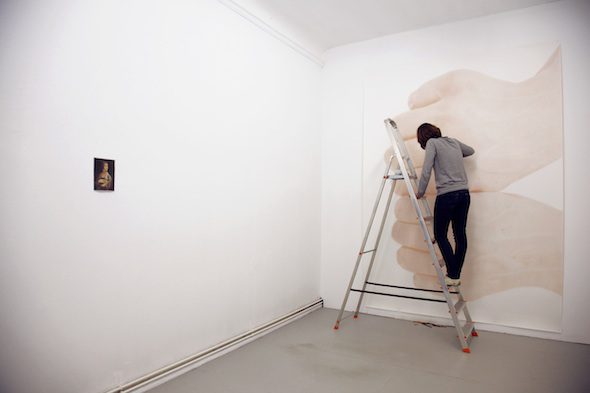 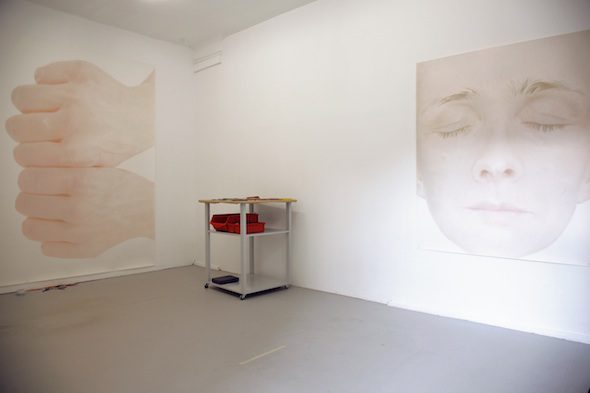 In her work prior to the Hand series, Schrey frequently worked in self-portraiture. Again, large-scale coloured pencil works depicted figures (mostly Schrey) against white backgrounds. Positioning herself in a variety of ‘poses’ Schrey never seems to face the viewer directly. While each pose seems highly deliberate, none seem to convey particular meaning. Several works show Schrey depicted horizontally in the centre of the frame (Liegende I, II and III 2004, 2005, 2001). These poses seem to invite the viewer to disengage from the figure as person, seeing instead a series of discrete textures and patterns (hair, fabric / clothing, skin) that can be read from left to right.

Although these images recall familiar positions, they are oddly stark, even lifeless. In her performance works, Schrey hands over a degree of agency to her audience. In Cut (2006), she allowed an anonymous audience member to cut her hair. In Dressing Princess (2002) viewers selected her clothing. Just like the ‘painted’ Schrey, she creates a portrait by becoming an object in her viewers’ eyes. At the same-time, Schrey is the one to formulate the position or create the situation, and retains ultimate agency. 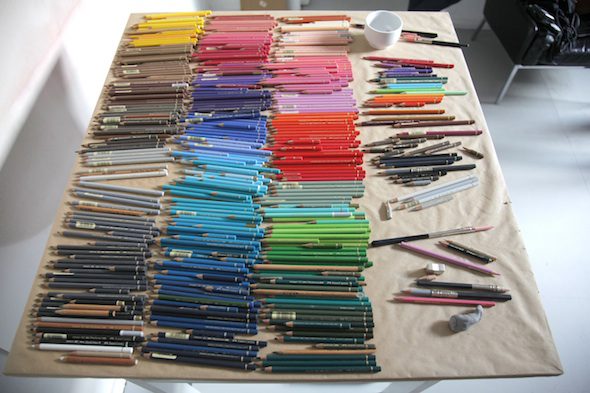 In one of her earliest series, Schrey precisely rendered the brick walls from her childhood home in paint and lacquer. In her Hanky-Painting series, she painted over-sized handkerchiefs, lacquered to create a fabric-like texture. What perhaps emerges over the course of Schrey’s career, is an interest in rendering discrete objects in an acute way. Almost distilling them. From handkerchiefs to hands, Schrey has a way of focusing in on a thing. Recording it with meticulous detail, while also abstracting it. And while her latest articulation of this, in the Hands series, may be the least autobiographical of her work to date, it is somehow also the most intimate. 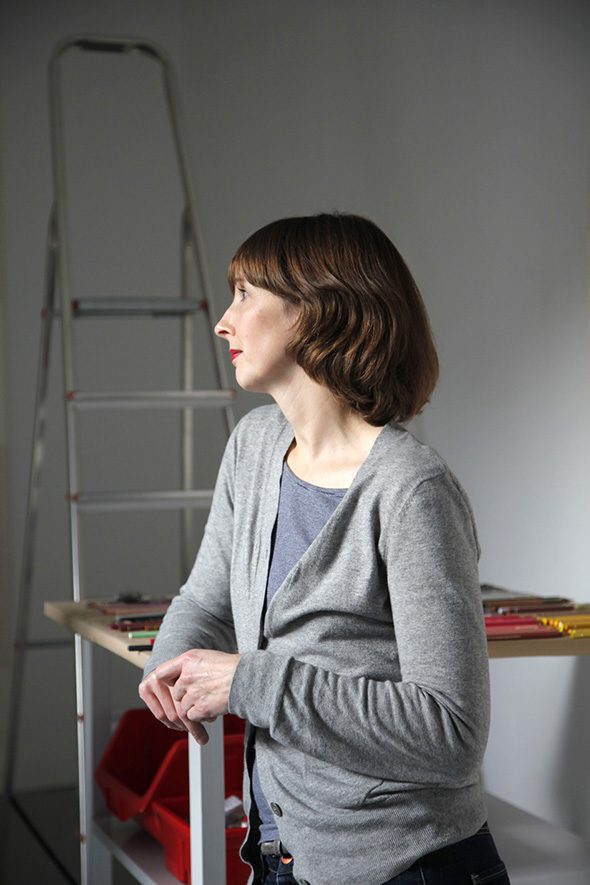 “But it wasn’t simply a case of life imitating art – that was just a pretence. The changes in mood sought for were those caused by life, which devoted itself to a play about itself; a life frozen in mid-air.” (Pierre Klossowski, ibid.)

At the same time, observing these drawings demands mobility, so that the viewer balances distances and perspectives. To perceive these images, the viewer has to explore them, to experience the contrast in size between himself and the image, to confront himself with their alluring, attractive surfaces. Yet along with this, as in the performances, questions are once again posed about what is offered, what is desired; the arena of control and exposure is shifted to the viewer. The apparent exhibitionism portrayed (and at the same time, mimetically denied) in 2004’s “Stehende II” is nothing more than what it is: the surface of a promise. Creating the framework for projections.” (Hans-Jürgen Hafner)