The French institute is currently showing Richard Tronson’s new exhibition in Berlin. The show offers visitors the opportunity to discover the artist’s photography, with fantasized past or present settings, as well as his digital drawings. 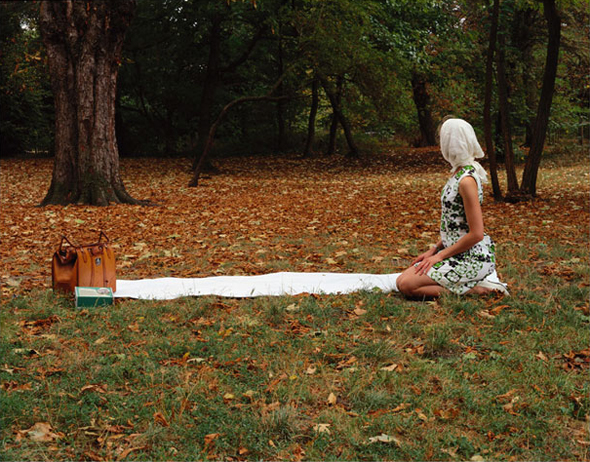 In his photographs, Tronson’s subjects are presented within a staged scene with vague context. We don’t really know what is going on. Every gesture, as well as moment of stillness, is ambiguous and undefined. However, there is always some memorable element. These staged images have the feeling of everlasting captured moments similar to old photographs you would find in an antique shop. The people can’t be named, the photos can’t be dated, neither can they be located. The characters are trapped in that instant, in a vague memory that doesn’t belong to anyone anymore, but can still evoke things to everyone of us. 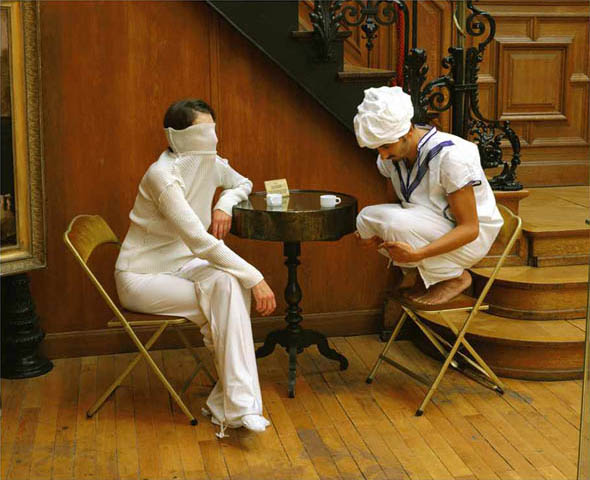 The digital drawings are comically bizarre. Amusingly absurd scenarios are presented by mixing banal and disparate elements, outfits, uniforms, forcing the viewer to comprehend the images differently, and not logically.

Both the scenes depicted in the series of photographs and digital drawings are located in between several feelings, sensations, and emotions, and appear a bit like rituals where the characters, or the elements, all seem disconnected with the situation they are in. A common anti-chamber of various reminiscences, or a meeting point for the theatrical, comical, and absurd, are revealed, confusing and disorienting the viewer. There is little point in trying to make sense out of them, we should rather feel while viewing them.