When visiting Esther Perbandt in her studio, one is ushered through many levels of public and private spaces. A crisp, simply designed sign with her name marks the outside of her shop. A neat showroom displays her current collection, along with books, publications, and postcards of recent parties and collaborations with artists. An elaborate mural by Berlin street artist Jaybo nearly covers one wall. 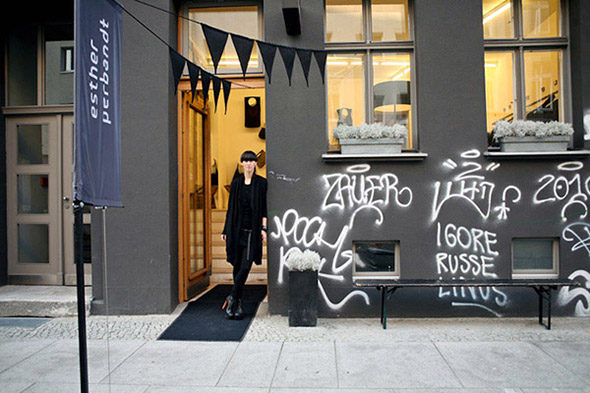 Having started her own successful label, Perbandt is well known her innovative and edgy, yet wearable designs. But her work is multifaceted, spilling over into the fine art world as well. 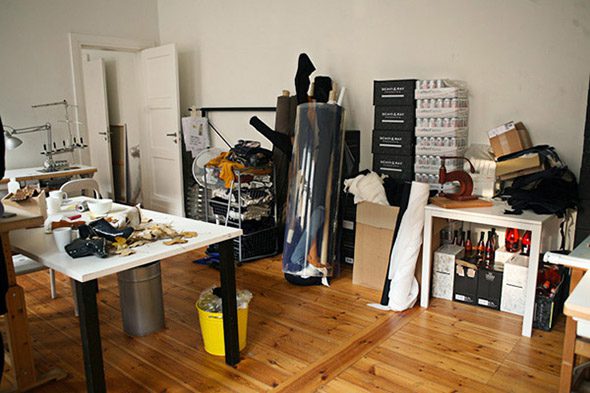 Welcoming me into the workroom behind the shop Perbandt explained that the space, filled with a large work table, well organized garments, and slightly less organized stacks of paper, is used for pattern work, administrative and organizational tasks for her label, and a place to keep current showpieces that frequently go out on photo shoots. These include many from her Fall/Winter 2011/12 collection she designed in collaboration with artist Marco Pho Grassi. 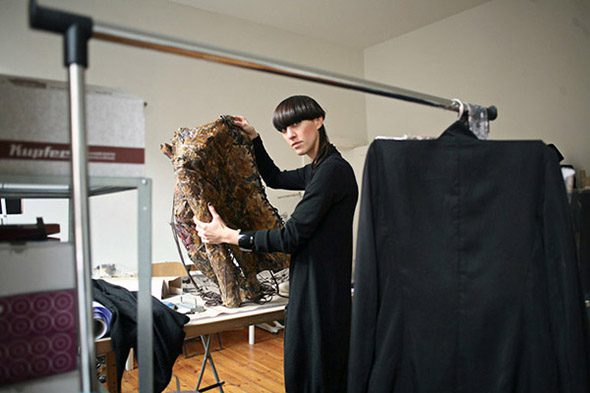 To develop the collection,“Traces of Pho,” Perbandt visited the artist at his studio in Milan, resulting in a number of garments inspired by the painters aesthetic, some of which created from a pattern print of Pho Grassi’s design, which was photographed and custom printed on the fabric. Some of the pieces, including an elaborate jacket and a meticulously hand knit dress, crossed Perbandt’s fine line between wearable fashion and more conceptual art objects. 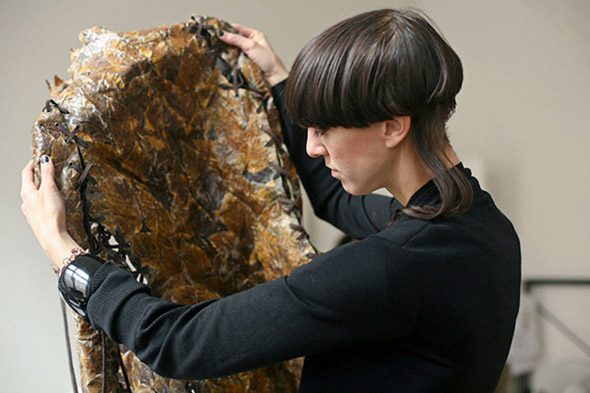 Also long interested in costume design, Esther Perbandt sees herself as anything but a “Fashion Tussi”. She is ambivalent about the often superficial, trendy nature of fashion, despite having pushed its boundaries for much of her career. But she has also begun approaching the garment as a fine art medium, in something of a parallel creative practice, rather than an extension of her label. In addition to a handful of conceptual showpieces within her fashion collections, Perbandt has begun showing concept garment sculptures, or installations, in conjunction with a group show series started by Berlin street art veteran cum curator, Nomad. 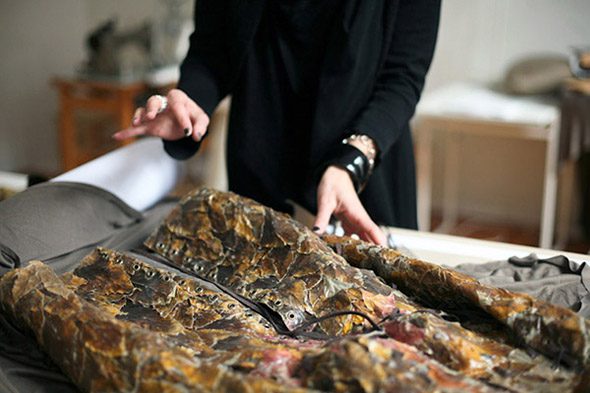 Her piece for the show entitled “Black Mass” consisted of a production fluke – a number of pairs of pants manufactured from an incorrect pattern, which she modified, using black wooden dowels, into a tent-like conceptual jacket. The following show, which was themed “Fall,” immediately inspired Perbandt to create a dress out of real fallen leaves and latex. 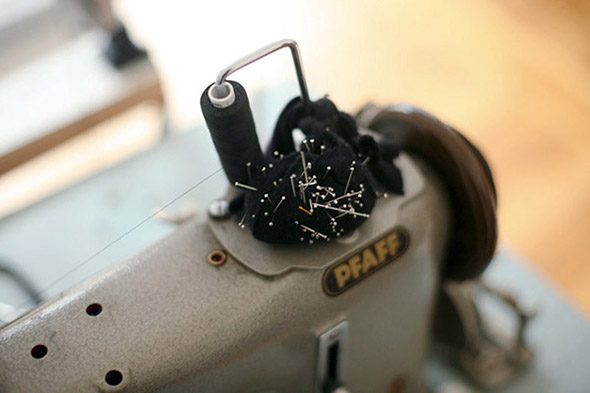 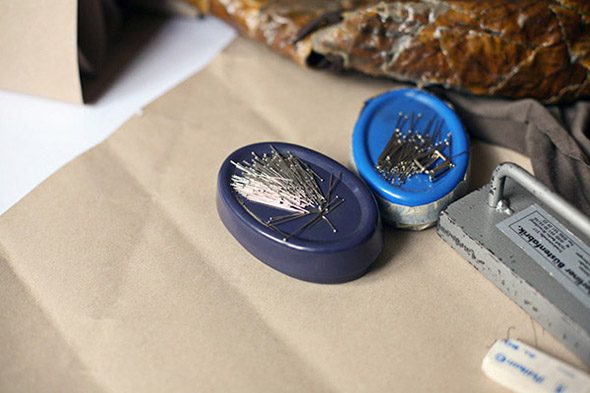 She described the process of creating the garment on a mannequin, forming, cutting, and sewing the slowly drying latex in a white lab coat. “I felt like I was in Almodovar’s the Skin I Live In, or Tykwer’s Parfum, cutting her skin, smelling this chemical smell, and sewing it back up again.” She explained that the life of the object – the way the leaves will change in color and shape, the fact that it will also become destroyed over time, the latex will fade and crackle, and the pieces of leaves will begin to flake off – is what interests her with this work. The worries of wearability and sales and trends could not be further from her mind when she makes pieces for an art show.

A recent collaboration with filmmaker Cristian Straub on their fashion film, “Format,” also allowed Perbandt to engage in creative exchange with a like-minded artist. The project, starkly deviating from more common commercial fashion films, was shot at an abandoned power plant, employing video shot not only in classic aspect ratios, but fashion’s familiar portrait format as well, here again playing with the borders between fashion conventions and fine art. 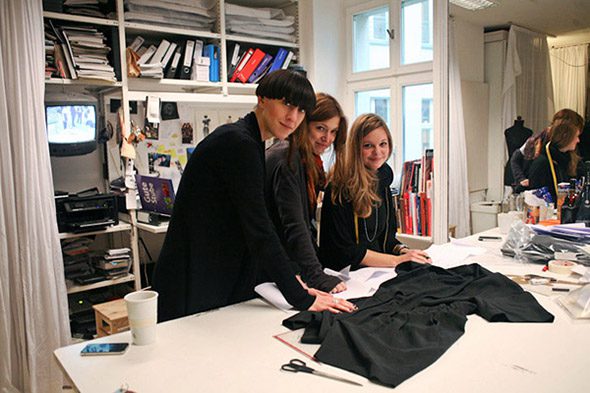 Having studied in Paris and Moscow, Perbandt values Berlin as her base for the creative freedom it allows her in her practice. She says she could do her work anywhere, but Berlin allows her to more freely pursue her creative interests. Aside from the freedom of relying on her long-time assistant to take care of her label while she molds a dress out of leaves and latex, the constant interaction, exchange, and encouragement from the artists she works with heavily influences her work.