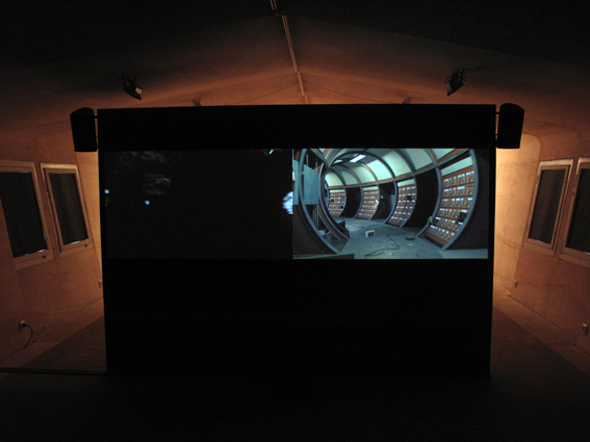 Out of the black is a truly unusual exhibition. Rather than simply showing a series of well-chosen works, curator Lauren Reid’s first solo Berlin exhibition takes apart the medium of video. Upon entering the newly-refurbished space, the viewer is confronted by a split-screen video by artist Sam Smith, showing both the camera itself and a recording of an interior. Walking further into the exhibition, Kim Westerström projects a beam of light through a semi-translucent pane, which is simultaneously reflected onto the back wall of the section. This evokes both the spots used for film production, as well as the view into the interior of an analogue film projector and its bulb.

In the last section, the viewer is first confronted by the audience watching Regina de Miguel’s video Nouvelle Science Vague Fiction, a video of eerie, slowly revolving broadcast dishes, retro-futuristic sci-fi interiors as well as a disappearing and re-appearing Slovenian lake, accompanied by a Minimal, rumbling, Xenakis-esque soundtrack. The exhibition reads as homage to the medium of analogue film, its tools and audience, while making excellent use of the Raumerweiterungshalles (REH Kunst) unusual space. 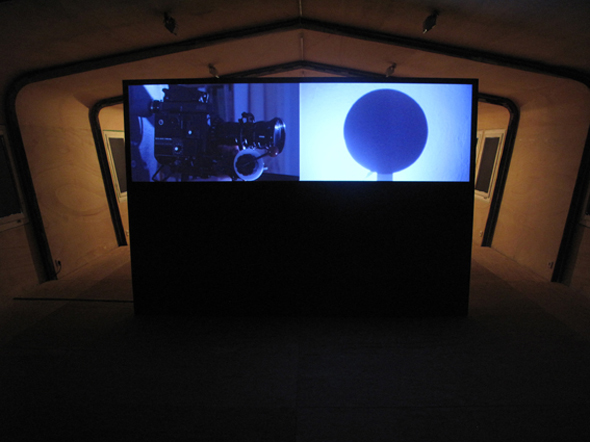 The Raumerweiterungshalle is a mobile expandable container developed in the former GDR. This specimen dates from the mid-sixties, and was used as “Intershop” (store where West German goods could be purchased for West German Marks) in Friedrichshain. It is made up of diminishing segments that can be telescoped out to create a space from 2 to 16 metres. Valeska Hageny, the organiser, invites curators to create exhibitions which draw on the unique character of the space. 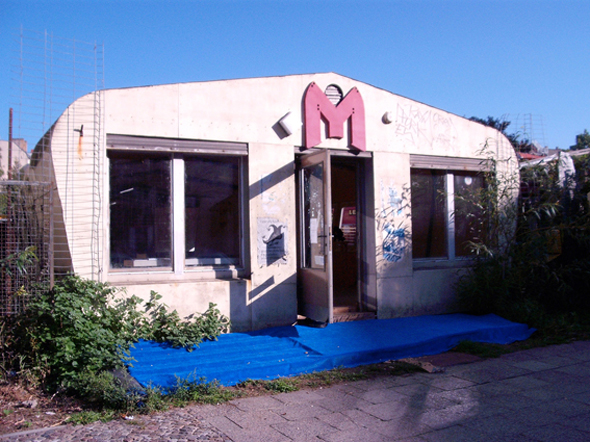