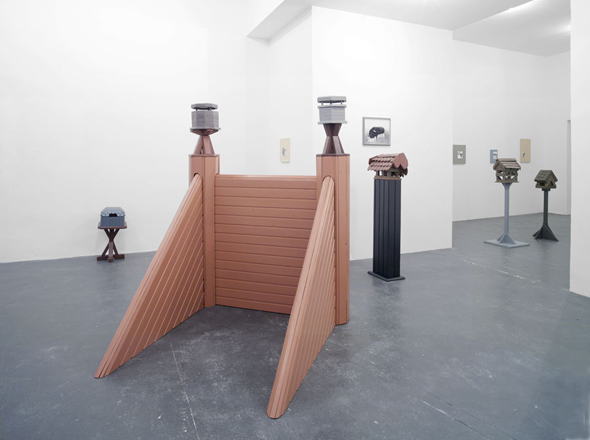 Ulrich Gebert’s, A Breed Apart at Klemm’s is an explicit but painful tour of human “intercourse with nature” as per the press release. I find the blend of play, cuteness, and light weight dogma to be especially rewarding and the strongest line throughout the show to be the subtle identity politics.

I like the show on multifarious levels. I enjoy it formally: pared down references to woodsy, Swiss Family Robinson-style forts sit beside more serious looking militaristic fortresses e.g., the central sculpture, Grand National which is adult in stature and childishly synthetic in form. I look at them and think of grown up Lincoln Log houses and the psychological impact of children playing with instructional objects that may also bear violent applications. I appreciate that the work makes a short leap to the granddaddy of playhouses, Paul McCarthy and through him I fall into a critique of Hollywood’s patriarchal position and Disney’s toy franchise. 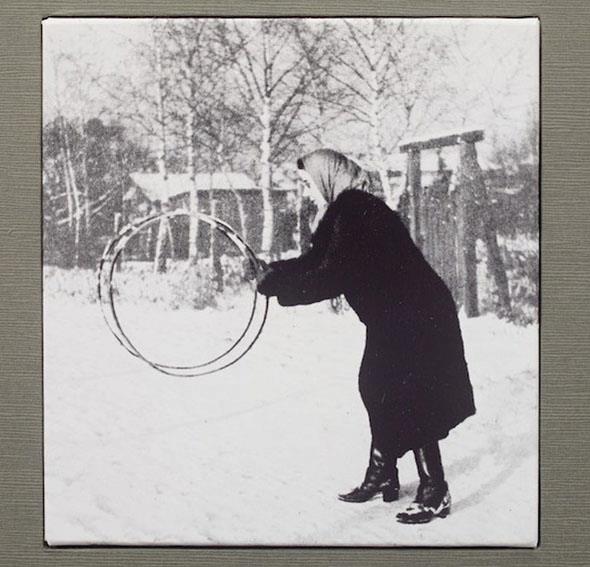 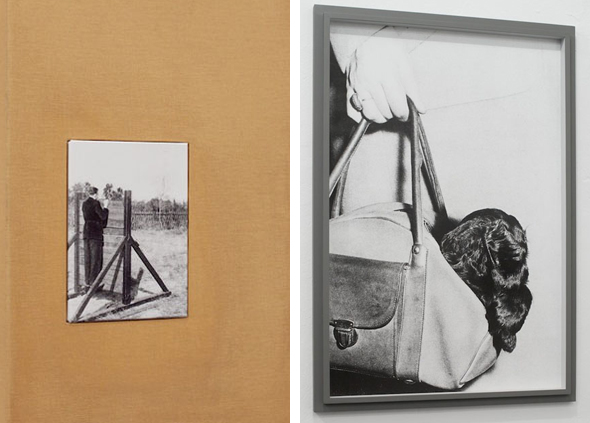 Visually the wall pieces are rowdier and louder than the floor pieces; it’s ironic that it’s Gebert’s erasure that increases the volume of (what I imagine to be) his position. More than a dozen mixed format, grainy, black and white prints on paper are encased in frames made to look like oily old book covers. Pulled largely from text and reference sources, the doctored images present altered animal subjects reformed into blobs of hair and legs or erased entirely to create vacuums at the epicenter of social vignettes.

For example, a woman is standing in a field, bent at the waist and patting her hands on her lap to invite an invisible someone or something to her. Her gesture is that of one to call a child or a pet: both demeaning and familiar. Here Gebert winks at Western culture’s treatment of power, revealing the difference between its institutionalized and domestic practice, in the former seeing animals and nature (and perhaps children) as resources: edible and/or usable; and the latter–at least in fortuitous cases–as friends of the family. This would be the resultant cultural discrepancy between say, eating your dog or a leg of lamb.

A blunt argument favoring the value and respect of all life is standard fare for any good animal rights activist; however, here it is the wavering line in identifying the missing characters as something or someone that broadens the case for a better handling of human power and sharply iterates an argument for society’s potential growth and putting an end to it’s current retardation. 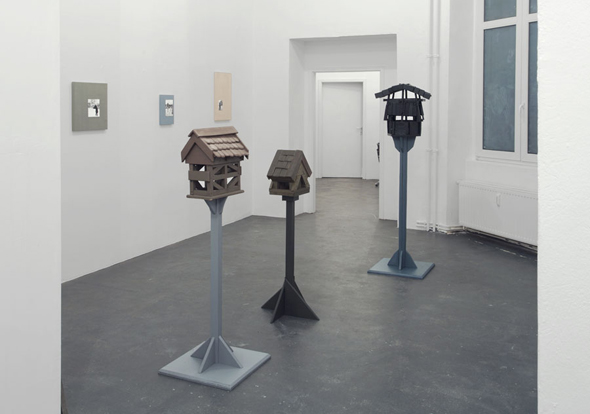