This March 10th, from 6-7pm, the live visual-sonic performance EDITQUETTE will take place as part of the 2012 Armory Arts Week at Printed Matter in Chelsea.

Artists, Hiraku Suzuki (Tokyo, JP) and Julien Langendorff (Paris, FR) will execute a performance projected onto a stage, including live drawing, collaging and editing in collaboration with Loren Connors (NYC) who will play post-rock on his guitar.

Suzuki, a Japanese artist, has shown his expanded notion of drawing in exhibitions in throughout Tokyo, London, Paris, Sydney, Sao Paolo and New York. Though his works focus on drawing, it is not just works on paper but also on panels, murals, scupltures, frottages, installations, and also live-drawing. Julien Langendorff’s work can be described as minimal and psychadelic at the same time, he combines paper cut outs with writing, collages and films of a 1970’s imagery. Langendorff has exhibited in Berlin, Paris, New York and Tokyo.

Loren Connors recently released a new solo record and has been described by The New Yorker as “the gentle avant-blues guitar master“. He is a composer-improviser who, with his adapations with blues and his personal vision, creates a combination of guitar and voice experiments appearing like distortion, and baying hounds, all this creating an unexpected sound.

EDITQUETTE is presented by Artcards and Printed Matter and is curated by Opalnest. 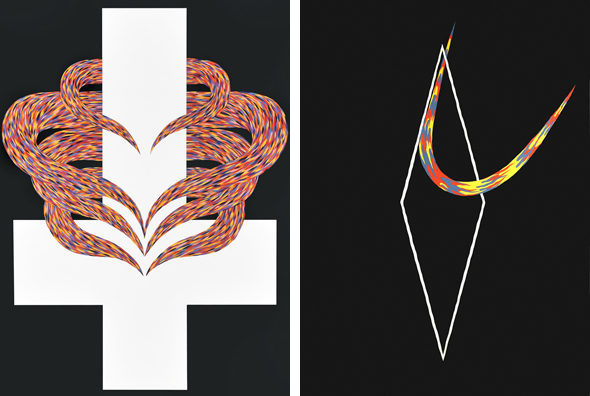 OPALNEST
Opalnest nurtures the environment with experiential art. Established 2007 in New York, Opalnest has curated shows in Berlin, Hong Kong, and China. Its mission is to produce special projects and provide cutting-edge rosters of artists, musicians, and visionaires around the world to explore multiple boundaries and produce compelling events. It aims to engage the fluxing needs of an international audience and be at the forefront of innovative cultural media – including contemporary visual art, new media culture & technology, interactive installations, experimental music, and performance art. Opalnest has been consistently approached to custom design programs, curate dynamic shows, working closely with cream of the top talents.