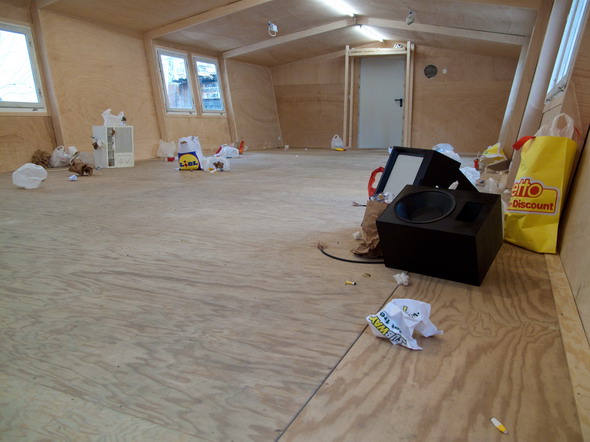 Since moving to Berlin, how often have you heard someone say: „Berlin… the city is just so historic, so meaningful, so, you know…?” New Eckkneipes sport the ubiquitous Boxi flea-market chic, Plattenbauten are all of a sudden spots for destination-tourism, even such horrific GDR memento-moris as the watch-towers to imprison its citizens have become mere film-set props.

Carly Fisher’s show I want to love you but I’m getting blown away at REH Kunst takes the fetishisation and reification of remnants of the city’s past as her starting point. Fishers pieces, replicas of mass-cultural detritus litter the gallery, paper coke cans, McDonalds wrappers, empty Späti bags. All of these objects are of course are potentially waiting to be commodified, sold on as yet another piece of Berlin lore – this time its art world. Fisher’s fine double-edged irony points at the catch-22 of a poverty-strickenn city, desperately reliant on tourism, whose only asset is its supposed authenticity. 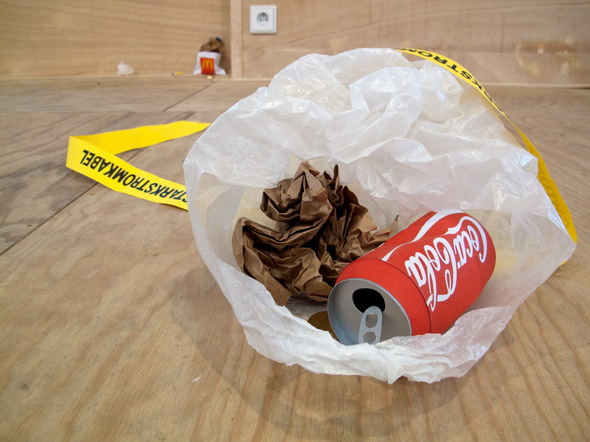 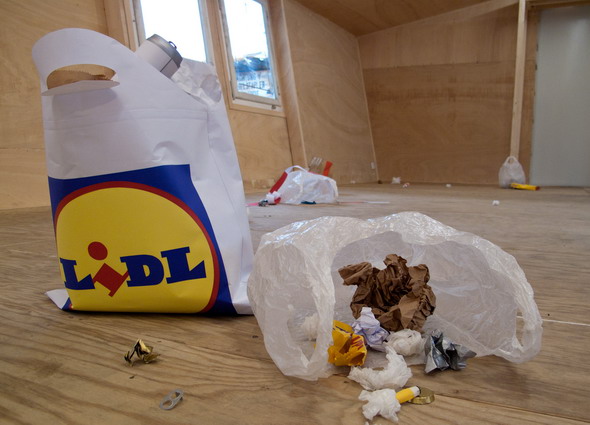