In the winter of 2011 we visited Jeremy Shaw in his Kreuzberg studio to preview his most recent Kirlian experiments, discuss working between art and music, and sharing DMT with Enter the Void director Gaspar Noé. Canadian-born Shaw has been living and working in Berlin since late 2007, and embracing the freedom of experimentation in his work. When asked how living in Berlin has influenced his work, Shaw stated, “Coming from Vancouver, you study art in a relatively rigid manner, and being in Berlin has sort of freed up some of that rigidity for me, in a sense. I still have strong conceptual themes driving my work, but I feel like I’ve become more playful within them, and am not always feeling this overbearing need to have an explanation for every single detail.” 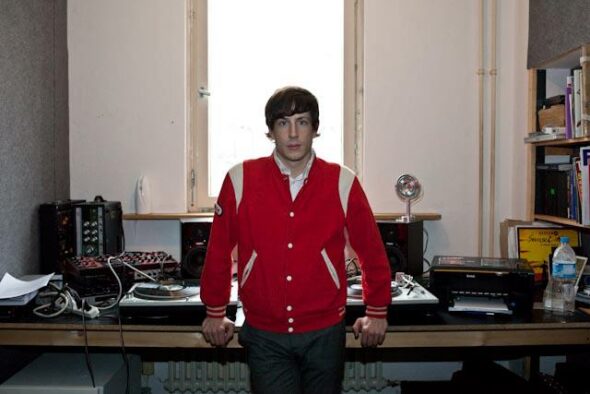 In his white cube studio, slightly resembling a laboratory, sit a few electronic devices, some chemicals, speakers, Polaroid film, a beamer, and a number of black lights. The walls are hung with silkscreen prints from the Representative Measurements (2008) series, intended for viewing under black light, and framed prints entitled 10,000 Hits of Black Acid (2005) and Single Hit of White Acid (After Malevich for Optimists) (2006) are prominently displayed. After previewing several large-scale photographic prints from his recent series in progress Transcendental Capacities (2011), Shaw took us through the actual process of creating the images.

For this colorful atmospheric series, Shaw began experimenting with Kirilian photography – a technique that sends a jolt of electricity through an object (psychedelic plants, Shaw’s index finger) while it touches unexposed film. Remnants of the energy flow during the interaction are left behind, and a beautiful abstract image of the electromagnetic field is imprinted onto the Polaroid. “A lot of my work lately plays with the grey-area between science and mysticism – between scientific representations of altered states versus populist notions, out-moded science that has been taken in by mystics, etc. With the Transcendental Capacities series of the Kirlian works, I electrocute my index finger on the film while listening in headphones to music that’s been deemed ‘profound’ in some cultural sense. So I’m mediating the music through my body in an attempt to record it’s effect, if any, on my magnetic field – or aura. The works are always then titled after the song I was listening to. “ 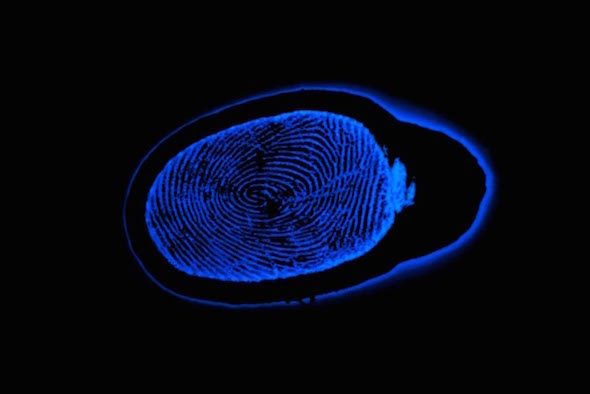 Shaw’s provocative video work also deals explicitly with drug use, catharsis, and transcendental experience. His video installation, DMT, which intimately documents eight individuals peaking on the drug, created a name for Shaw not only in the art world, (showing at galleries and institutions in London, Vancouver, Toronto, Los Angeles, Berlin, and Shanghai) but also played an influential role for film director Gaspar Noé. 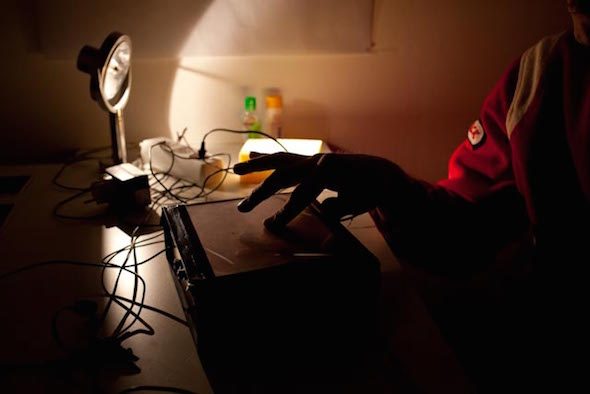 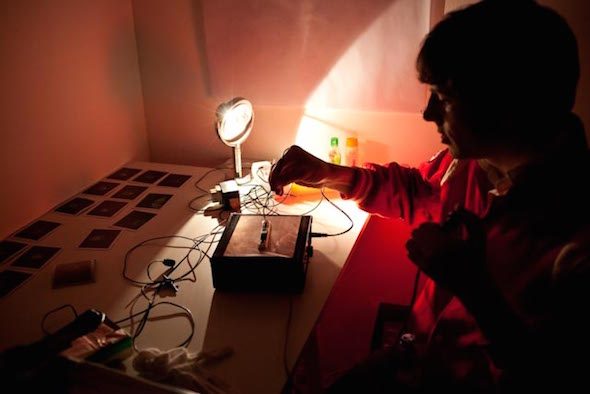 Jeremy explains, “I did that piece in 2004, and it’s really what’s responsible for the shift in my practice from mainly dealing with subculture and violence early on, to working within this realm of the psychedelic, the profound, transcendental, etc. I had 30 different subjects smoke DMT, which is this insanely psychedelic drug that basically feels like dying for ten minutes.” According to Shaw, his introduction of DMT to Noé had an impact on Enter the Void. While Noé was scouting for the movie in Vancouver, he was able to check out the opening of Shaw’s DMT show. Shaw recalls, “he [Noé] came up and introduced himself. I actually wasn’t super into his movies at the time because I had only seen I Stand Alone, and thought it was really nasty. But my roommates were major fans so I made them come over. We all got to talking and he was really great. Anyhow, he stayed in Vancouver for a few days and I showed him the downtown east side and other dodgy areas. Then one night we were at his hotel and I gave him a hit of DMT.”

When suggesting that Shaw inspired the film, he was quick to mention, however, that Noé was connected to these experiences, having already taken Ayhuasca, and ready to explore more. “I was attempting to help with ideas for the score of Enter the Void as he was asking about what music I thought DMT sounded like,” Shaw remembers. “I kept sending him Autechre and Rastor Norton stuff. I’ve always thought the sound of Autechre is really close to DMT – that super tight echoing, delayed metallic pitch-bending sort of sound resonates really closely to my experiences. To me, everything looks and feels like how that sounds. He didn’t use any of my ideas, though!” 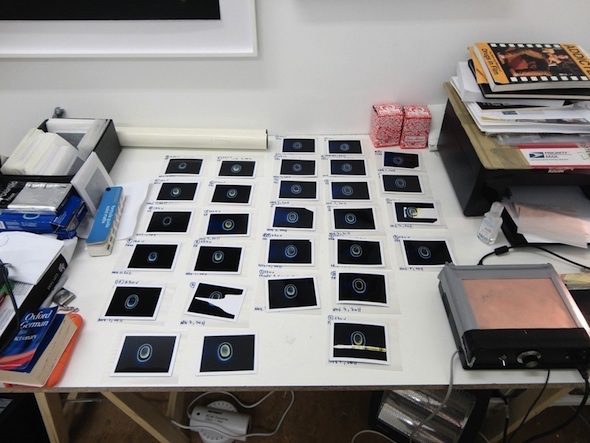 In addition to his career as an artist, Shaw is also known as the lead singer and producer of the electronic group Circlesquare. Traditionally he has kept his art and music separate, but on the rare occasion Shaw has intentionally merged the media, such as the live performances on tour for Circlesquare’s Songs about Dancing and Drugs. On a double-screen projection around the band, Shaw’s video 7 Minutes (2003) was projected, showing two drunken teenage girls “duking it out” in slow motion, enhanced by the sub bass, live vocals, and slide guitar of the song. 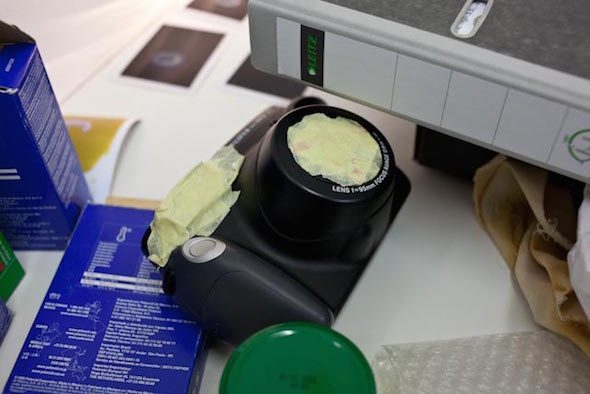 At the time of our studio visit Shaw was on pause from writing and producing music. “For the time being I’m not working on Circlesquare, or anything really in that realm. When I work on Circlesquare, recording or touring, it really consumes me – takes over nearly every aspect of my life and is impossible to get out of my head. And it came to a point at the end of 2009 where I was feeling so much potential with new artworks I wanted to make, but was having trouble even beginning them as I was so wrapped up in Circlesquare-world. But since not focusing on it this past year, I’ve felt a lot more freedom to incorporate music into my works – and to make ones that are specifically about music, which is something I wasn’t really doing before. I’ve also got new works planned that I will be scoring myself, so by no means am I losing that side of me, it’s just morphing into something new.”

Shaw’s interest in the exploration of dance forms has been an ongoing theme in his video work for some time. Morning Has Broken (2002) is a super 8 homage to the exiting of a rave at dawn, set to the ubiquitous Cat Stevens song of the same name. Best Minds Part One (2007) is a 2-channel installation, featuring dramatically slowed down footage of straight-edge, hardcore teens’ violent and cathartic dancing, accompanied by Shaw’s elegiac, ambient composition. Perhaps Shaw’s next venture into dance will provide another intersection for his art and music. Last summer, while on a residency at New York’s ISCP, Shaw worked with underground vogue sensation, Leiomy Mizrahi, on a black and white film that he’s currently editing and preparing to premiere later this year. 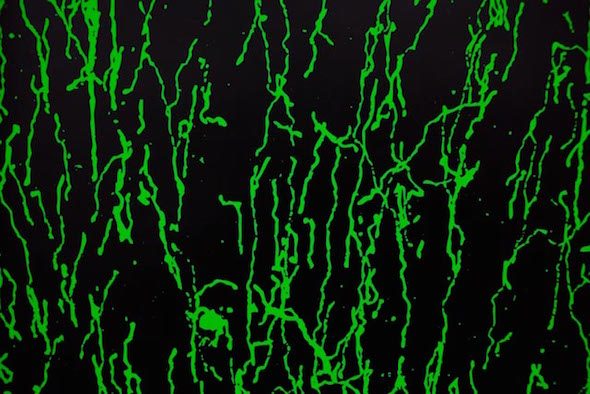 Shaw’s work has been featured in solo exhibitions at MoMA PS1 (New York), The Museum of Contemporary Canadian Art (Toronto), and SAMSA (Berlin). He has participated in group exhibitions, “Contemporary Art Club” at Stedelijk Museum (Amsterdam), “Cities of Gold and Mirrors” at Julia Stoschek Collection (Dusseldorf), and “Based in Berlin” (Berlin). He is represented by Blanket Gallery in Vancouver. 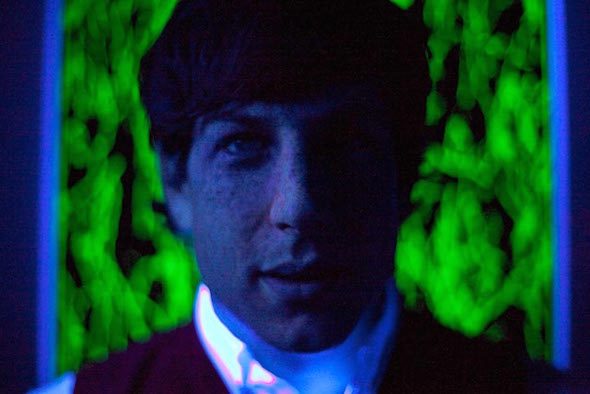 Recently Shaw has picked up with long-time friend, Konrad Black on their early 2000’s, more-dance-floor-than-Circlesquare side project, Headgear. The two have been slowly working on new music under this guise and plan to release fresh material by fall 2012