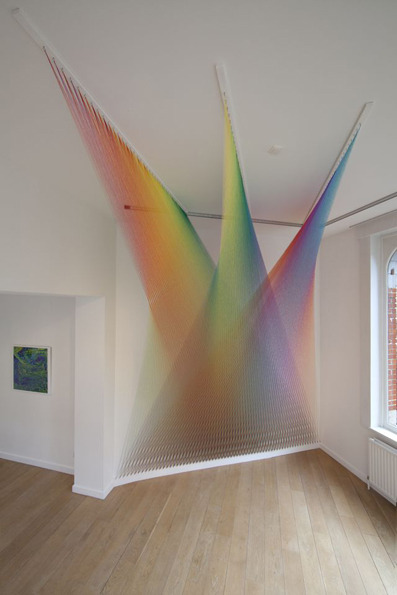 “Plexus no. 13” – Installation (detail) (2012); Photo courtesy of Lot 10 Gallery, Credit: MK
Gabriel Dawe’s debut solo exhibit in the Benelux, showing at Gallery Lot 10 (Brussels), explores traditional materials and textiles in a series of intricate and complex woven floor-to-ceiling installations, designed to produce the dazzling effects of ‘manufactured rainbows’ when lit from above.

Dawe, originally from Mexico City but currently based in Dallas, Texas, began working with embroidery and textiles in 2005. His work challenges norms of socialization upheld in patriarchal societies – particularly the one in which he was raised – as it probes the craft practices traditionally relegated to women’s work. Since childhood, the artist was intrigued by these activities that were forbidden to him based on his gender. 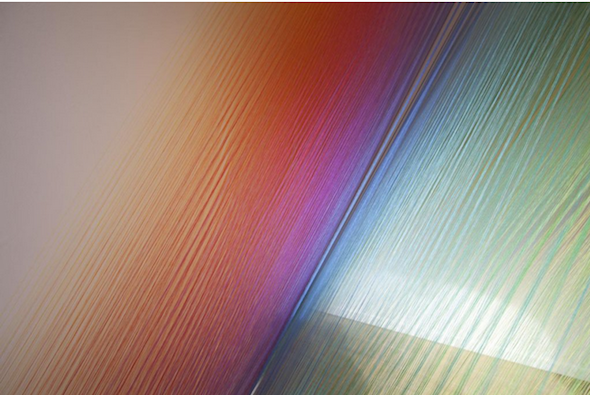 In his two new site-specific installations Plexus No. 13 and Plexus No. 14, grouped under the exhibition title ‘The Density of Light,’ Dawe creates stunning, almost intangible compositions made from 51-miles of multi-colored sewing thread. The final result is a prism of color that plays with the viewers’ perception through its strangely familiar appearance; the interplay of light and colour at work in Dawe’s pieces mimics the complexity of nature. Alongside the installations, Dawe will show some of his “Relic” pieces, which are works created with the thread from his previous exhibitions.

The windows at Gallery Lot 10 frame Dawe’s works perfectly, allowing passersby outside the opportunity to stumble upon this encapsulated yet deceptively natural sublimity. 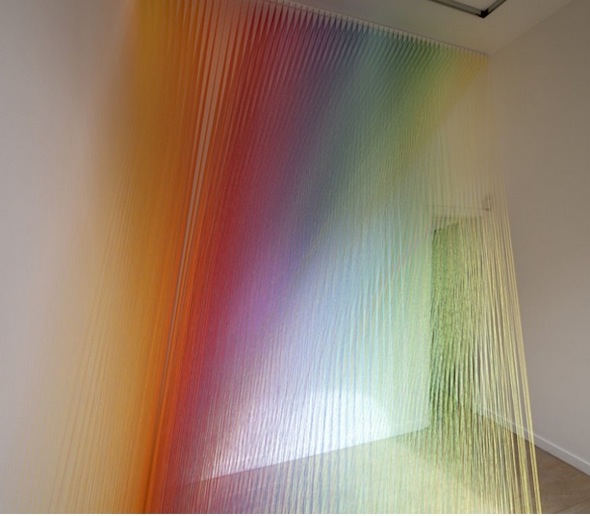