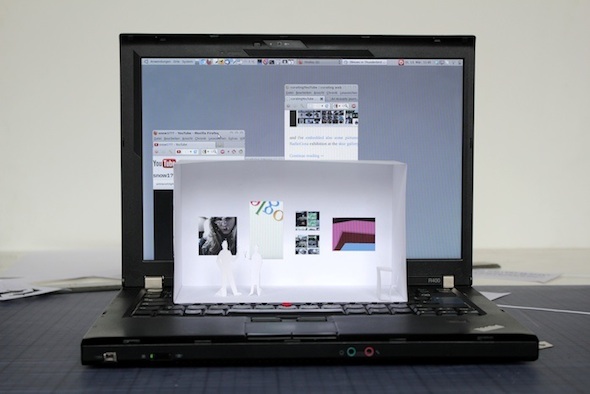 To an Internet artist, the gallery often presents an inconvenience rather than an opportunity. They are asked to artificially amend their work so that it appears more lofty or meaningful than “just another YouTube video.” Projectors take the place of monitors, screenshots replace active webpages, and the inherent interactivity of the work is removed because we are told to “please step away from the art.” As is the case with most meaningful movements in art, the institutions that exist to elevate the most cutting edge work are often unprepared to accommodate the uniqueness of the new medium. 404 Not Found addresses several different ways tech artists interact with space – none of which include modifying the work for its physical presentation in a room. 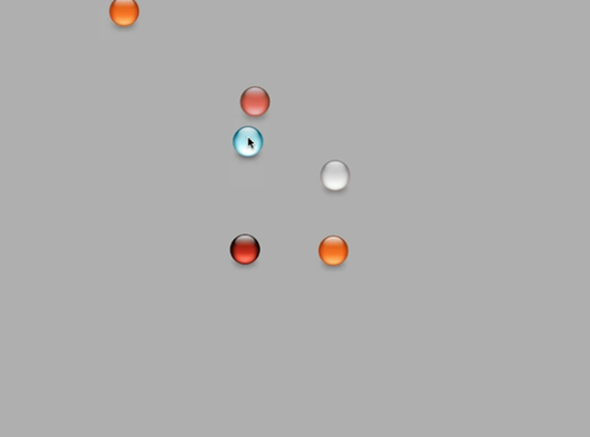 Duncan Malashock’s video Birthstone Puzzle is a web video intended for viewing on Vimeo and presented as such.

Elvia Wilk’s HTML poetry is a interactive clickthrough experience. Her new poem encourages the viewer to experience the work moment by moment and through a browser. Elvia also designed the computer environment for the work, including the browser tabs, bookmarks and screen background, considering each part of the computer art experience.

Aram Bartholl brings the gallery space into the web by offering his Online Gallery Playset for use. The DIY white cube sits on the keyboard of a laptop and viewers are encouraged to curate their own art opening by adjusting the browser windows to register with empty picture frames.

Billy Rennekamp takes found images from Google Earth and assigns them artistic value based on their inherent aesthetic. His series of planes photographed from the Google satellite are cropped from the web and placed in the stasis of a digital picture frame.

Bennett Williamson gives an internet performance, living in L.A. but sending timed and spontaneous emails from his desktop and smartphone directly to an ePrinter at the gallery space in Berlin.

Ola Vasiljeva creates a soundtrack made up of found sounds that accompany all of the works and the show in its entirety.

Curated by Max Schreier, 404 Not Found is part of BAL’s ongoing Night & Day Series, showcasing international cross-over artists and curators working within the fields of visual art, technology, architecture, design, music and fashion for one night/one day exhibitions. The series offers another dimension of engagement to the work of artists and curators that BAL has collaborated with or featured on its website.

**AFTER PARTY for the event will be at bar KIM (Brunnenstrasse 10) from 11pm onwards: http://www.kim-in-berlin.com/

Sur la Montagne (SlaM) is a non-commercial exhibition and project space operating since 2009. Besides art exhibitions and their A.I.R. program, they host a variety of cultural events such as readings, debates and poetry slams. In addition, the space periodically transforms into other settings, such as a shop, a restaurant, a club, or even a hotel. SlaM’s internationally recognized hotel concept, Hotel Minimal by Herresthal und Kadel, a bed and breakfast in the SlaM storefront, a space that is both an installation and a living space, was a pre-stage and the origin of the upcoming A.I.R. program. www.surlamontagne.de