Article and photos by Anna Smith in Berlin; Monday, June 4, 2012 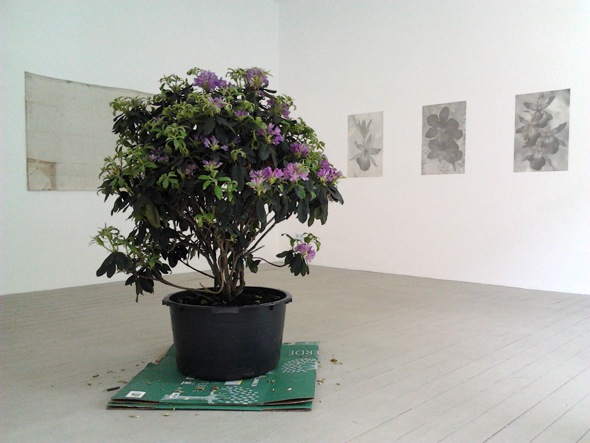 Essays and Observations’ minimal website intrigued me into visiting the gallery and seeing the exhibition with the equally intriguing title “appropriation”. The website, like many gallery websites is sleek but unlike most of them, lacks images. It compensates for that strange lack of imagery with well thought out texts. After reading them, I started seeing this lack of visual stimuli as a challenge to first understand what each exhibition is about through following the curators’ line of thought and intent, and then see the show for the first time it its chosen context. I’m going to spoil some of that fun here by posting some images, but I suggest reading Matthew Burbidge and Sonja Ostermann’s statement before visiting the gallery and experiencing the show first hand.

Located in Wedding, in a mostly residential working class neighborhood, the gallery invited Johannes Regin, Jonathan Monk, Michalis Pichler, Pierre-Olivier Arnaud, and Roisin Byrne to contribute to the current exhibition under the theme of “appropriation”. 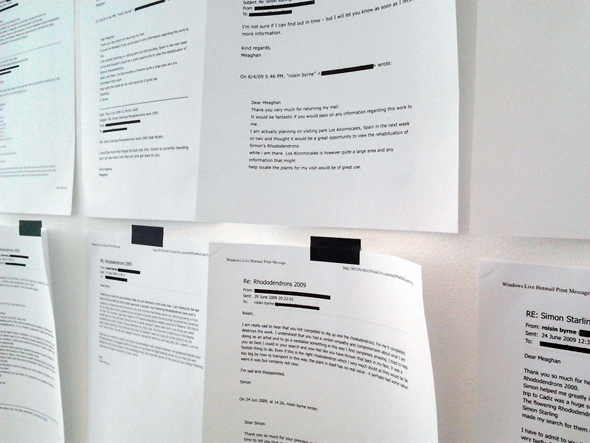 The show investigates this artistic strategy through diverse works, different media, and approaches. Upon walking in, the first thing one encounters Byrne’s Rhododendron ponticum plant sitting on the package it is supposed to have come in when it flew from Spain to the UK with Ryanair. Turner Prize winner Simon Starling took seven of these plants from Scotland and re-introduced them to Spain (where they originally came from) in 2000. Byrne, known for “Stealing or robbing or appropriating” as she puts it, stole one of these plants and started exhibiting it in 2009. On the walls evidence of the artist’s trip to Spain, her visit to Parque Los Alcornocales and her correspondence with several people prior to her trip in order to help her locate the plant, all the while being unaware of her plans to steal it. 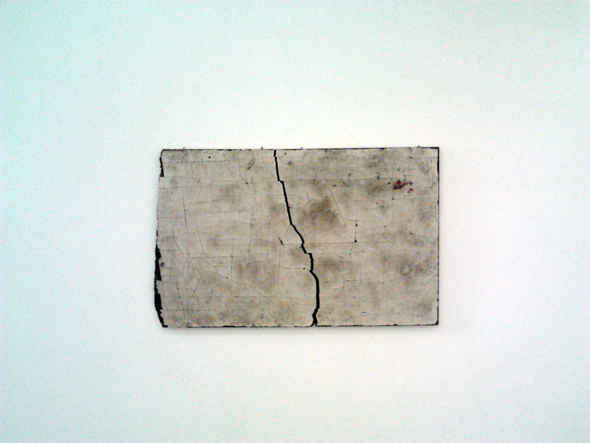 On the walls behind the plant, an untitled piece by Johannes Regin, and images of flowers in shades of gray by Pierre-Olivier Arnaud. Regin presents two found objects, both shabby and obviously affected by weather and time. Both sit silently on the walls waiting for the viewer to figure out what they were (used for) before becoming art works. 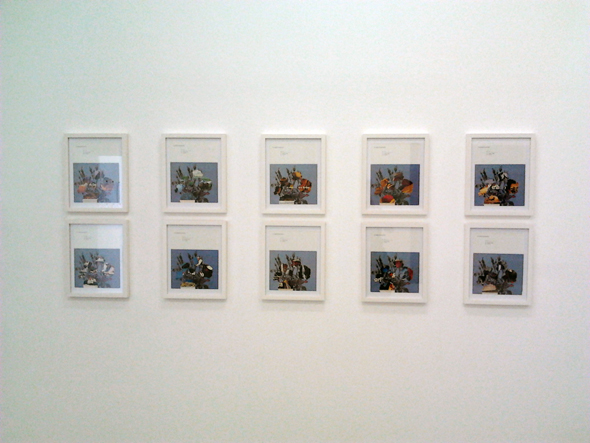 In the second room, Michalis Pichler’s work “Untitled (Floribundarosen)” features familiar magazine advertisement imagery disrupted by the artist’s personal touch. Opposite Pichler’s series of 12 framed images, is Jonathan Monk’s poster quality image of a blue sky interrupted by a palm tree. The photograph is titled “A view from the grave” and is the image one would see if they lay down on Marchel Duchamp’s grave.

Over all a group show where the curatorial view is clear and to the point. Appropriation is thoroughly explored through exhibiting found non utilitarian objects, stolen artworks and references to those who first appropriated readymades in their artistic work. A show that encourages, initiates or continues discourse over recontextualization through a strategy that to some artists comes naturally as a part of the creative process while others still question its creativity and ethics. Don’t forget to pick up the censored (by one of the participating artists) exhibition statement on your way in.