On Friday, June 8th, Berlin Art Link presented the second installment of its Night & Day Series, 404 NOT FOUND, at TorStrasse’s Sur la Montagne. The six artists’ works functioned as a commentary on the challenges and antagonisms that exist between web works and conventional, gallery-ready art. With the widespread accessibility of technology, the line between art and amateurism is often blurred. Furthermore, the art world demands certain standards from its contributors, preferring projectors to monitors, seeing to interacting, photographs to YouTube videos. In essence, there appears to be no place for technological inventiveness or interactivity in web art, largely depriving viewers of the pieces’ fundamental nature. 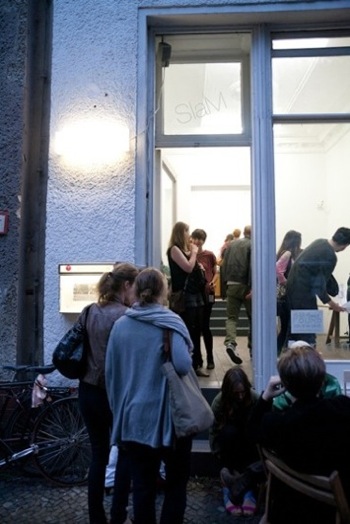 Challenging these constraints, the six artists involved in the exhibition set out to interact with the gallery space unconventionally, enhancing the engagement between “piece” and “place”. Those involved in 404 NOT FOUND worked to raise questions, and ultimately, solutions, to the limitations placed upon the new and evolving medium of web art.

Aram Bartholl, a German artist based in Berlin, exemplified this ongoing conversation through his pieces. His “Online Gallery Playset” directly engaged viewers by challenging them to design and curate their own art. By providing them with DIY paper cutouts, viewers were able to design a mini-gallery space by adjusting images through morphing browsers, and display them through a multitude of model window frames. His materials allowed visitors to create microcosms within the existing gallery space, to facilitate a discussion of potential ways that web art can interact with people and space without altering the true nature of the work. 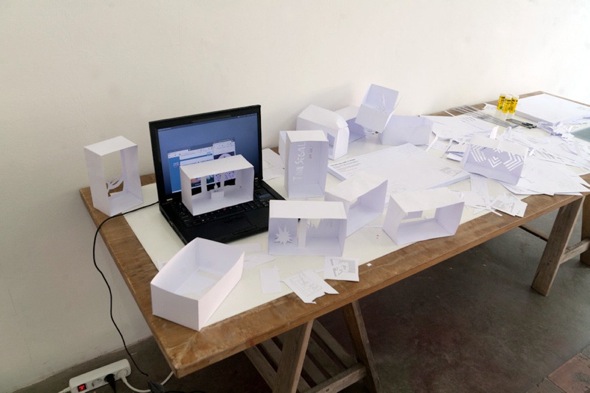 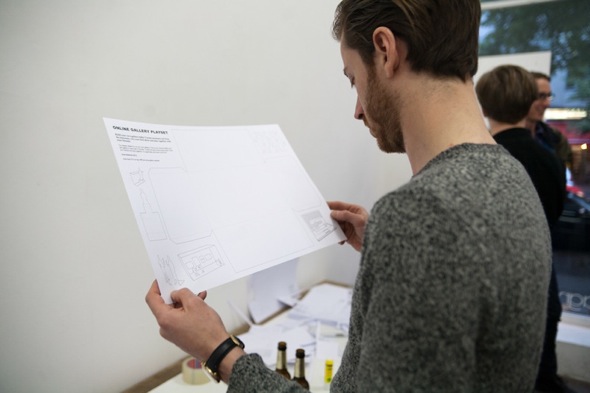 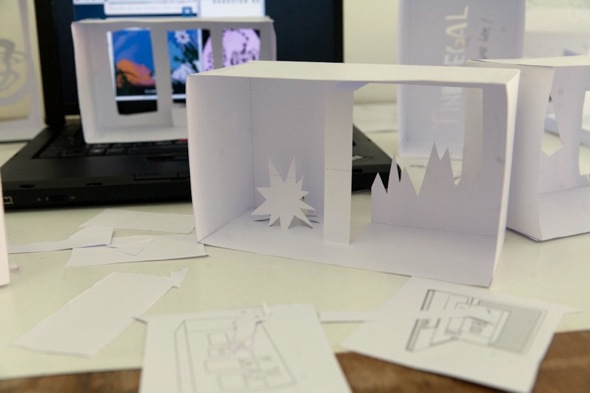 Similarly, Elvia Wilk, an American artist and writer based in Berlin, involved viewers in her interactive, HTML poetry. Only by clicking a phrase or line on the monitor in the gallery is one able to read more, giving the viewer direct control over his or her experience with the piece. Not only does her poetry challenge the technological and conventional limitations of art, but it also contests the separation between artist and viewer, between text and object. Through her carefully contrived design of the computer screen–she carefully chose the browser tabs, desktop image, and bookmarks to reflect themes in her work– she challenges the devaluation of the monitor as a serious and meaningful medium. 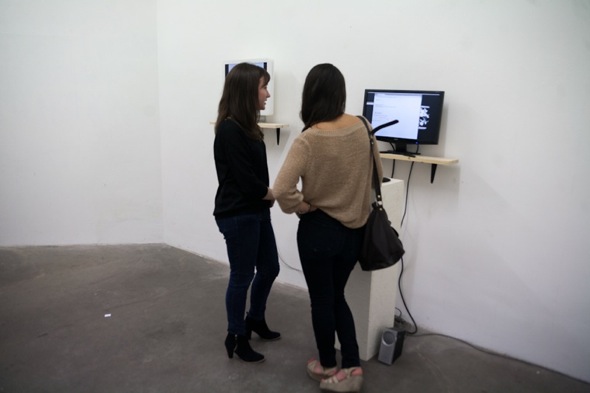 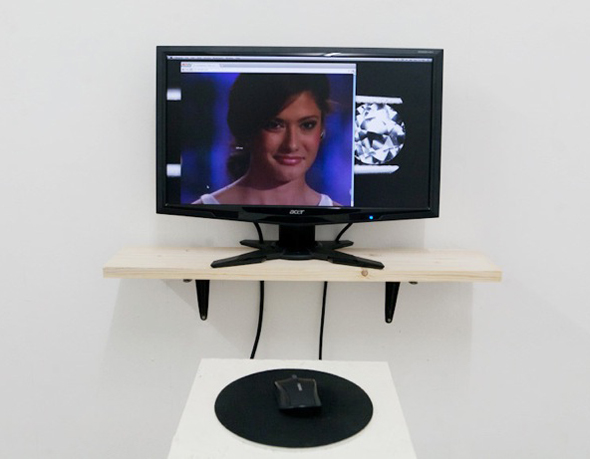 Nevertheless, artists did not need to be present in the gallery to make a significant contribution to the exhibition. Bennett Williamson, an artist based in Los Angeles, added his work via the Internet, sending timed emails from his computer and phone to the printer in the gallery, which spat them out in timed intervals. Through his work, Williamson defied the typical standards of artist contribution, as his work was ongoing throughout the night. It was not a completed object sitting on the wall, but rather a creative process that the viewer could see unfolding. Thousands of miles away from his work, he highlighted the efficacy and worth of the Internet as a new medium. 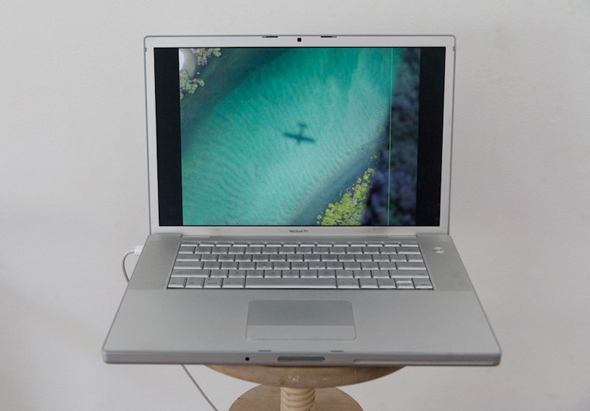 The many who gathered at curator Max Schreirer’s 404 NOT FOUND were astounded at the depth of the web-based works presented. In a world where the Internet is easily accessible to all, it can be hard to wade through the enormous pool of works posted at an increasingly rapid pace. However, the six artists’ who contributed to the exhibition illustrated significant ways to manifest meaning through different technological mediums and their engagement with a traditional gallery space. 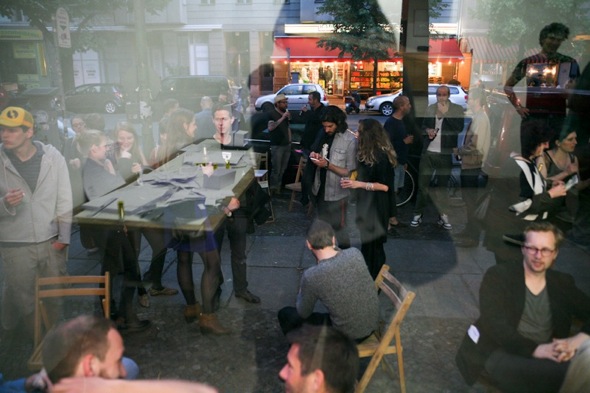 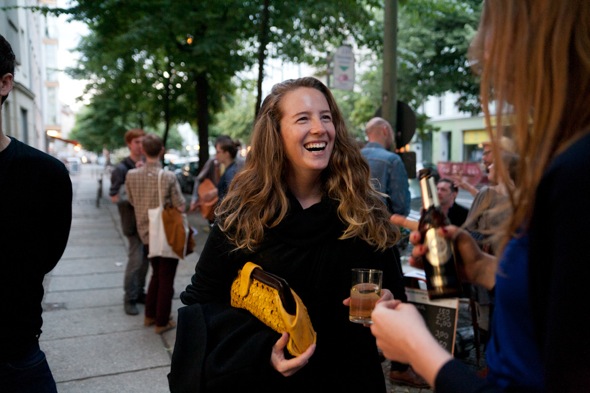