The BMW Guggenheim Lab opened in Prenzlauer Berg’s Pfefferberg complex on June 15th, the second stop after New York on its six-year tour. The Lab will offer free programs to the public until July 29th, serving as a forum to discuss the key issues related to the shaping of modern cities. Though each topic revolves around the theme of contemporary urban issues, seminars cover everything from sustainability to the psychological implications of a metropolitan lifestyle. 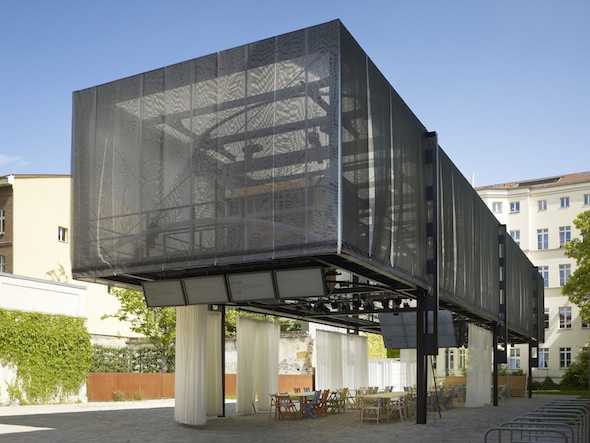 The programs, which range from onsite lectures, to nightly films, field trips, guided tours, and cycling workshops, are led by a variety of innovators, professors, doctors, architects, and various other creative minds. The Lab has a variety of specific ambitions, like creating the first ever “No Excuse Zone Map” of Berlin, which intends to be a collection of data concerning the best and easiest areas for cycling within the city, allowing for attention to be raised towards certain streets or neighborhoods that desperately require improvement.

Key questions involving the Lab resonated even after its opening, as many protestors highlight the ironic nature of a corporate attempt to find solutions for issues in which they are the main perpetrators. The Guggenheim originally intended to establish the Lab in Kreuzberg, an area that is very much in the process of being gentrified, but had to settle with the Pfefferberg complex due to local outrage. The curious fact that the Lab was only able to find its place in a post-gentrified neighborhood raises many questions about the efficacy of the Lab’s efforts to inspire change in influential locals, many of whom refuse to be involved with the project. 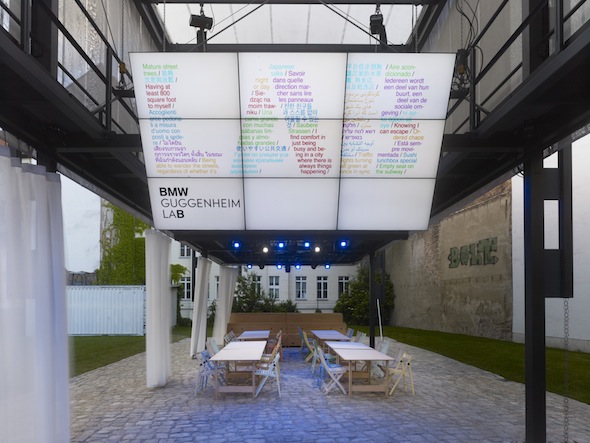 However, the Lab remains optimistic. Maria Nicanor, who heads the curatorial staff, states: “The goal of the BMW Guggenheim Lab is to spark a conversation about the future of cities and to create a forum where people of all backgrounds can create and share ideas. Berlin is the ideal city to develop the Lab’s philosophy further, precisely because of its deeply rooted system of citizen participation.” Tellingly, this is the same citizen participation that forced the Lab to change locations, and moreover, the same involvement that has garnered general oppositional support.

Thus, perhaps the Lab will not be so influential in its “Weekend Warrior” outdoor fitness sessions, or its “Build Your Own Lego Camera” program, but rather in its ability to perpetuate community discussions, even if the driving force is opposition to the Lab. By instilling a sense a controversy in Berlin, the Lab has inadvertenly facilitated the discussions that are at the core of its project, in a way that is much more successful than any sort of programming could ever achieve.

Anna C. Purcell, is pursuing a Bachelor’s degree in English and American Literature. Originally from New York, she is currently living and studying in Berlin.