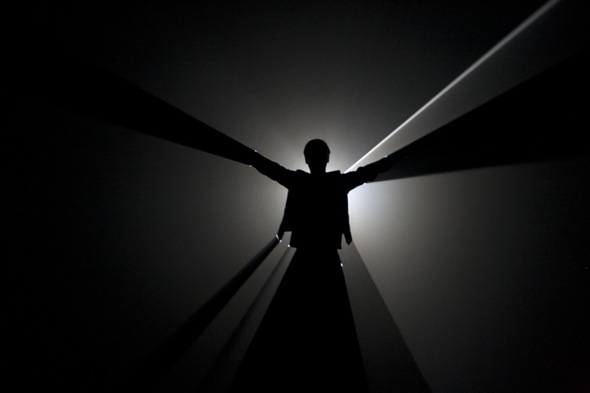 British artist Anthony McCall began working with ‘solid light’ films in the 1970s. His simple projections, emphasizing the sculptural qualities of light beams, were at this time exclusively projected horizontally. The artist used a standard 16-mm cinema projector to transmit 2-dimensional drawings onto a wall. The dark gallery rooms, filled with a light haze, gave the beams of light emitted from the projector a tangible, sculptural appearance.

At the end of the 1970s, McCall withdrew from art making entirely. After more than 20 years, he re-opened his ‘solid light’ series in 2003, using digital rather than film projectors. Digital projectors, not being gravity-bound, gave him a renewed mobility and perspective. His current exhibition at Hamburger Bahnhof, ‘Five Minutes of Pure Sculpture,’ marks the first time he has shown his light sculptures both horizontally and vertically. 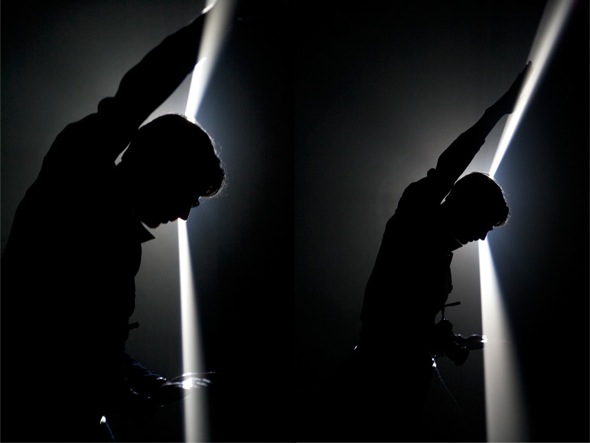 Reading the mounted description accompanying his installation outside the entrance, I was skeptical of the worn-out jargon of participatory and relational aesthetics: the blurb insisted that the viewer would be entering an ‘interactive and social space.’ These claims are often made, with the outcome nothing more than a forced and banal sense of ‘togetherness.’

In this instance, however, I can provisionally admit that I agreed. There was immediately an implicit solidarity forged between each person entering the gallery space: we were all united by a disorienting check to our otherwise reliable senses. First, we were warned that it might take some time for our eyes to adjust to the darkness. Everyone that entered the room spent a few minutes fumbling slightly in the pitch black, as we all made our way towards the monumental, almost divine beams of light coming from the walls and ceiling. Then, as we reached the projected light, we automatically reached out to touch it. The light beams appeared so solid and palpable that, despite knowing that they were merely beams of light, our hands naturally insisted on verifying. Even after touching the ethereal substance that comprised these installations, I still flinched as I passed in and through the sculptures, my body expecting to collide with their surfaces. 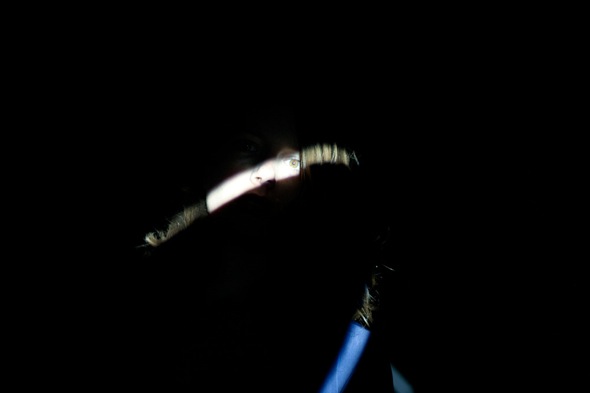 At the risk of overstating my case, I would argue that this sensation is the closest I have ever felt to what Immanuel Kant, in his 1790 ‘Critique of Judgment,’ describes as the feeling of the ‘sublime.’ Sublimity, for Kant, is a word for the aesthetic sensation that we feel when there is a disjuncture between what is presented to our imagination (Einbildungskraft) and what can be understood with our power of reason (Vernunft). It begins as a feeling of acute displeasure – in this case, an uncomfortable disorientation resulting from the imagination’s inability to grasp the contours of the form presented – that ultimately turns in to a pleasurable realization of the superiority of our rational, cognitive powers. 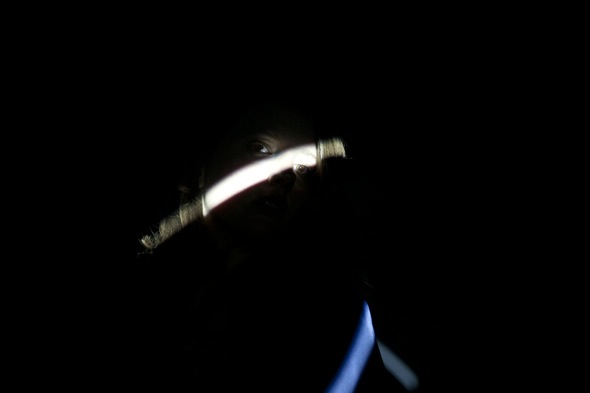 McCall himself is aware of the effect that his solid light films have on the audience. In the short video presented outside the exhibit, he notes the paradoxical tactility of his work, and the consistent tendency of viewers to try to touch the light sculptures. He also suggests that, of all the elements at work in his installation, “time is the fundamental medium.” The pieces change slowly over time, as the 2D projections move almost imperceptibly on the walls and floor. The misty haze in the room is also constantly in motion, making cloud-like shapes around the contours of the sculptures. This presented an interesting challenge when, on the day I visited the exhibition, a group of art students congregated in a cultish mass under the veils of light, trying to sketch the dynamic works.

McCall’s ‘Five Minutes of Pure Sculpture’ is a fascinating installation. The simple projected lines produce an unimagined series of effects that – despite my hesitation to admit it – truly do open up a social space. But it is not a social space in the conventional sense: it is an incommunicable and unverifiable aesthetic community that is forged in the darkness, a unity based on nothing but the event of the singular, unsettling sensation that these works evoke. 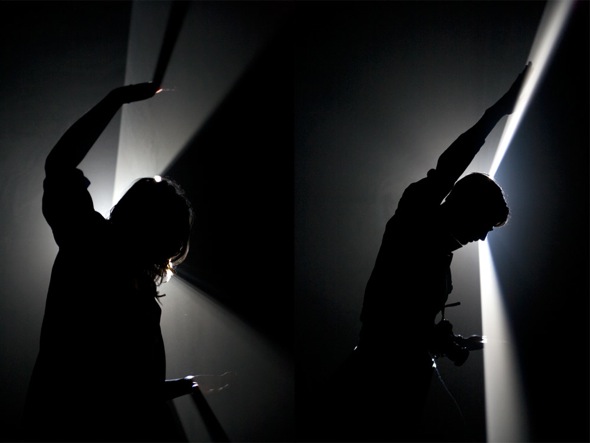