On July 5th, Texan multimedia-artist Shane Pennington’s first Berlin exhibition will open at the Mitte project space Sur La Montagne (SlaM). He will present a series of site-specific pieces that range from sculpture to video. The exhibition, Leaving the Shade, focuses on change, on the difficulties of transition and transformation. The question lingers: when the shade no longer protects us, how do we react to the new light? How do we deal with inevitable, and often painful, change? 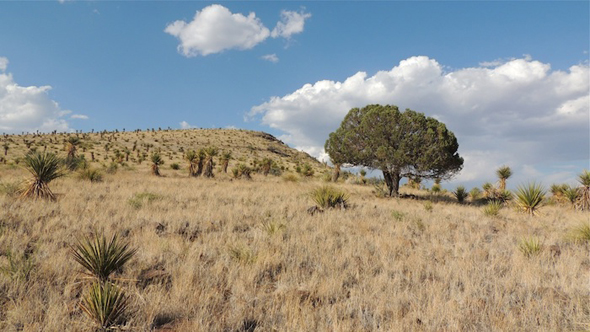 A continuous theme throughout the exhibition is the conflict between the natural and the synthetic, a modern issue that often is mired in arguments about human interference and values. For example, pieces like “Black Forest” and “Now and Back Then” recall the figure of a tree, but create it using man made materials, highlighting the flight of identity due to the imposition of synthetic supplies.

Other manifestations of such a theme are seen in his pieces “Chakra half empty half full” and “Solstice”. In the former, Pennington creates a prayer tower out of stones, whose top-half is covered in a fabric cloak. Whilst the latter is an installation of 3D-printed representations of cacti. Accompanying the representations will be a video of the Marfa desert. These pieces underline the core differences between an object in its natural habitat and its artificial reproduction. 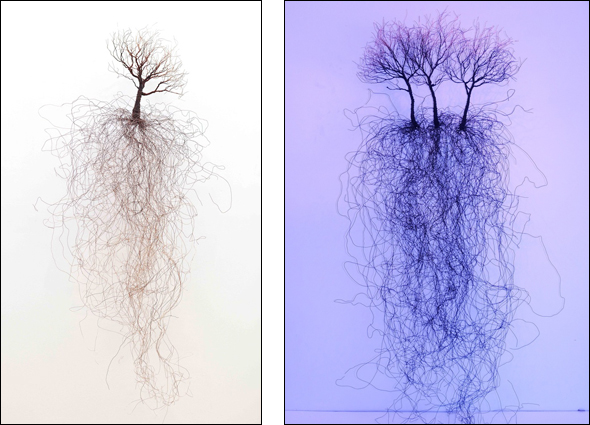 Leaving the Shade is a part of the Auberge Sur la Montagne residency series. The exhibition opening will be held on Thursday, July 5, 2012 at 7pm, and will be open to the public until July 15th.

Shane Pennington is a diverse artist, traversing several mediums and a variety of complex themes. He is the founder of AURORA, a yearly light, video, and sound contemporary arts festival in Dallas. In 2009, he received the “New Dallas Nine” award by D Magazine. His work has been widely featured not only in the U.S., but also in Toronto, Paris, and Sydney.