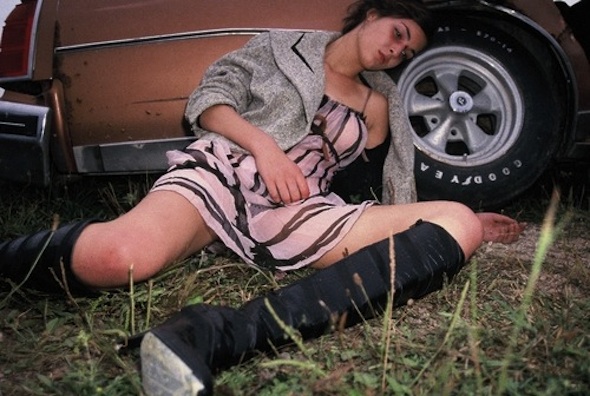 Front Row Society and ArtStars* collaborate to present a new line of scarves from Bruce LaBruce, the Toronto-based filmmaker, director, photographer, writer, and artist. The line will be previewed at an upcoming private event on June 30th in Berlin, but are set to launch in late Summer 2012. The new series of scarves, Play Dead, center around a fashion shoot with Tammy Eckenswiller, a New York City-based stylist. The images are presented on five different scarves, with a limited availability of about 200 pieces each. Front Row Society prints the images on fabric of a unique silk and cotton blend.

Mired in the same sort of violent drama, LaBruce found much inspiration from Jean Luc Godard’s Le Weekend. His images, with models Bruno Billio and Tammy Eckenswille, recreate the terror of a car crash, inviting the viewer to feel the raw horror of such an accident. In typical LaBruce fashion, he still manages to uncover beauty amongst despair. 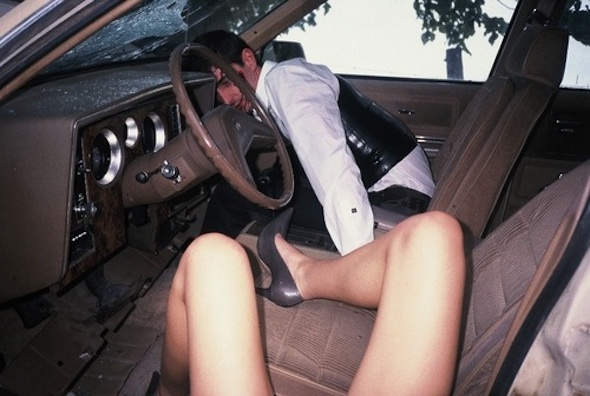 LaBruce has exhibited internationally in over 25 group shows and 15 solo shows in Canada, Japan, the USA, Italy and Germany. His work has been featured in the New York Times, Art in America, Artforum, Dazed&Confused, Art Review, VICE, L.A Times, and more.

Front Row Society designs are created by an open, global community of artists; creating a true fashion democracy. Front Row Society is dedicated to changing the world of fashion; making sure that we allow the untapped creative talent to have their designs realised and shown internationally.

To see and take part in this fashion democracy; visit: www.frontrowsociety.com