Three weeks ago, a happening began in Wedding. Five artists asked five other artists to contribute works to an exhibition. An exhibition planned to multiply by itself by the end of the month, in an experiment of organization and evolution.

The next five artists were to ask five more, and those again. The forecast was “A Pyramid Scheme Exponential Art Avalanche” – with new artists’ building upon the exhibition in an “unlimited amount of space”. 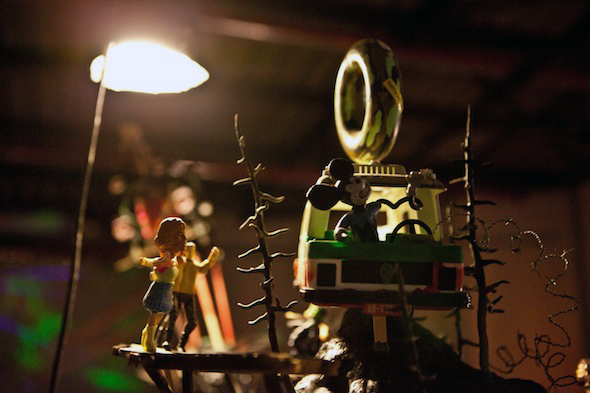 While there may be a bit of poetic license being taken in 2thepowerof2’s manifesto – the idea is building into an exciting series of events and breaking a few rules whilst growing in size and intrigue.

The exhibition features work by some of Berlin’s most interesting contemporary artists – and because they each get to invite another artist personally – the quality of the exhibition grows with a common thread of mutual respect, while simultaneously spiraling towards chaos.

Of course they have already broken their own rule {52 = 25} and a few more artists then planned have sifted into the lineup, but to me that’s kind of the point. We are not programed to follow rules, even when there is only one. 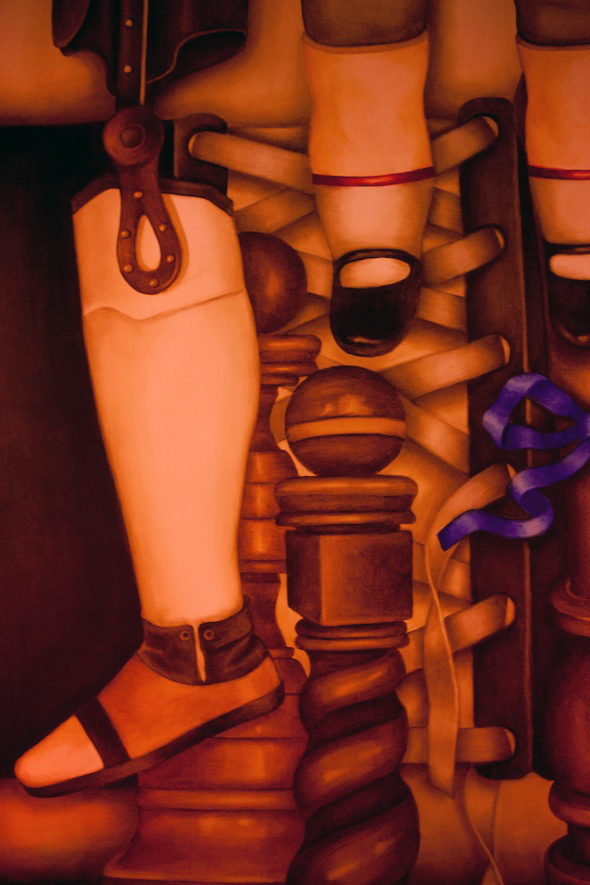 At the first of the four Openings FIAT LUX 5+5, a rouge dog decided to participate in the affair by partially destroying Nomad & Taro´s self eroding sculpture, in an unplanned performance piece. Zhivago Duncan’s neo flashing lightning penis kept the bar lit well enough to serve vodka and beer. Andi Thoma from Mouse on Mars contributed sounds downstairs among a lighting piece by Ilja Kloppenburg. Even the neighbours expressed their desire to join in, sending fireworks from their windows.

To escape from the noise and commotion, you could sneak into Dirk Bell and Ole Brolin’s Mercedes, except you wouldn’t have found peace, as it turned out to be a giant hand made synth. Mysteriously, Pablo Perra’s manic and precarious diorama was not knocked over.

The series is only at the halfway mark and “man’s capacity for chaos” is already evident. As is, simultaneously, man’s capacity for organization, cooperation and collaboration. It is an interesting mix. Within the imposed and also natural chaos of the curation, the exhibition works. The artists have taken time to consider the presentation of each piece carefully within the enormous warehouse. I am curious to see how they deal with space restrictions as we reach the top of the pyramid. 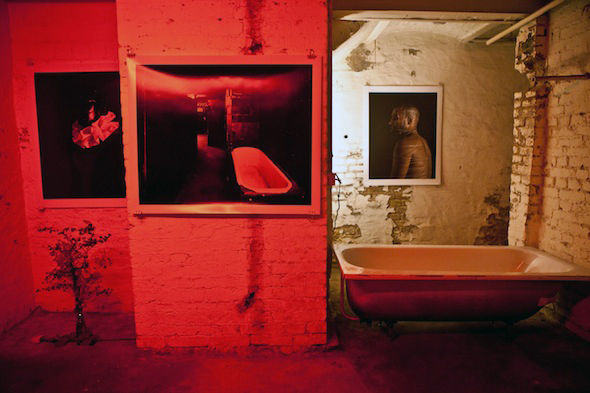 This Friday, Swedish artist Tobias Bernstrup, who works with videos, interactive works, and electronic music will add a live performance to the approaching anarchy. As will Berlin based Kalin Lindena – who’s sculptures, video works, performances and paintings evoke their own sense of planned confusion.

The exhibition and bar (made of polystyrene) is open every night from 8pm. The final two openings with the additional 5 + 5 artists happen this Friday and next. Performance works take place on the opening nights and I’m not entirely sure what will happen when the whole thing finally avalanches. 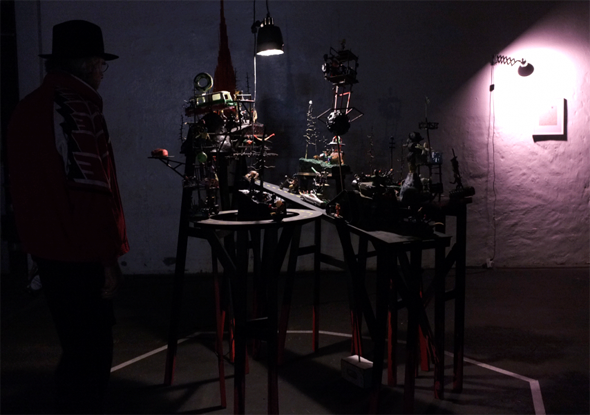 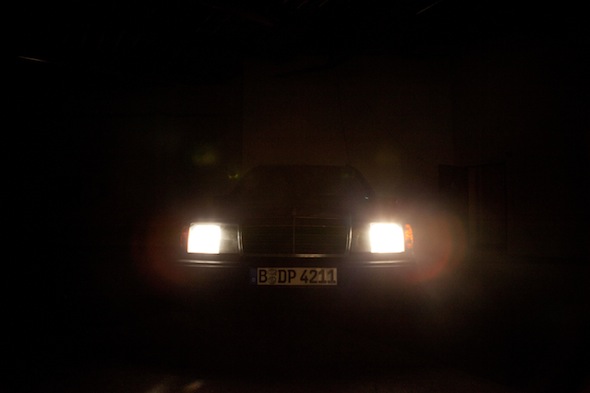