Eva Maria Salvador’s remarkable Köpfe (Heads) sculptures are hidden away in her Kreuzberg studio, never exhibited as such or seen by more than a select few. Even when I enter the workspace, a visit that was planned for the purpose of viewing her recent work, they remain partially covered and tucked out of sight. Instead, I am shown the abundance of materials she uses to construct them: wax, lace, cloth, Styrofoam, wigs, latex, spray paint, enamel, Vaseline. On a large table in the middle of the studio, she has laid out several large-scale photographic prints of her Köpfe sculpture series for me to see. The head sculptures look as if they are undergoing natural decomposition: the wax or Vaseline seems to be melting off the fragile frame, revealing hair, feathers, and lacy veils underneath. Having viewed the materials Salvador uses and the final photographic products she creates for exhibitions, I still feel haunted by the ghostly remains in the studio, draped in plastic sheets in the corner: the sculptures themselves. 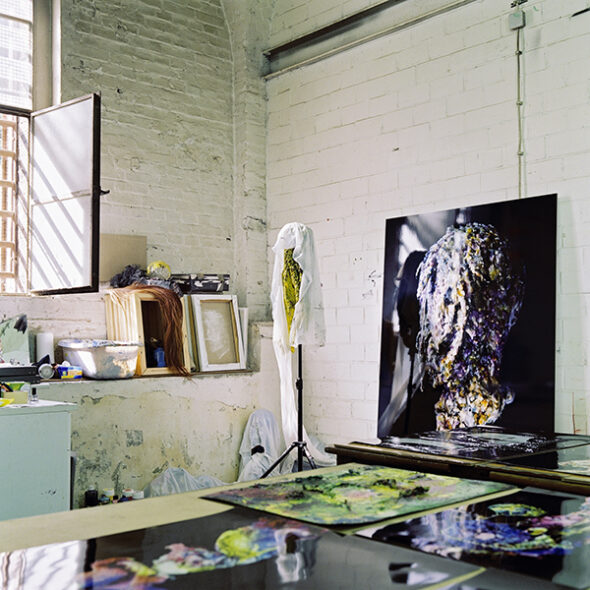 Salvador’s artistic method seems to necessitate the sculptures’ non-presence and mutability. In her studio, she engages in what she calls ‘expressive labour.’ Her sculptures begin with a very basic notion of the human head, upon which she builds and fashions textural details using found objects as well as many of the materials mentioned above. The results are fragile, often very temporary sculptures. One, made of Vaseline, lasted only a few minutes. Salvador explains that she feels a great freedom in this process: her sculptures are not monumental or eternal as sculptures are canonically wont to be, they are always fleeting and vulnerable. The mutable nature of Salvador’s sculptural works, for her, is a result of their affective beginnings. Her engagement with the creation of these objects is personal, emotional and ultimately enigmatic. 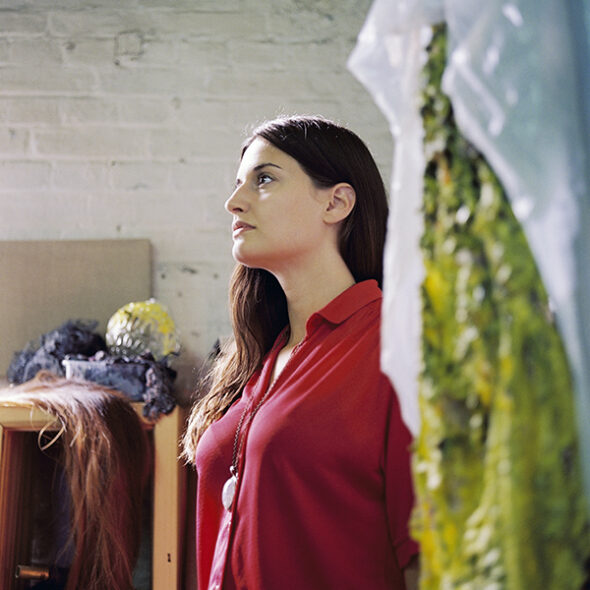 Salvador admits that there are opposing poles within her own personality that inform her studio work: she creates her sculptures in a short creative burst, in relative solitude, and without thought of their exhibition. Later, she tries to control this more chaotic, expressive phase through photographic documentation. In the workspace, she has separated these aspects physically. In one corner of the studio, she has designated a section of the floor for working out her sculptures, while at the opposite end of the room stands her lighting equipment for photographing the results. The photographs serve to solidify the work, to offer distance and to disentangle the work from its emotional and affective context. In the end, she will create a serial product for public viewing. But Salvador takes enjoyment in both extremes, and finds that the whole process fulfills her more than a rigid insistence on working in a single medium. 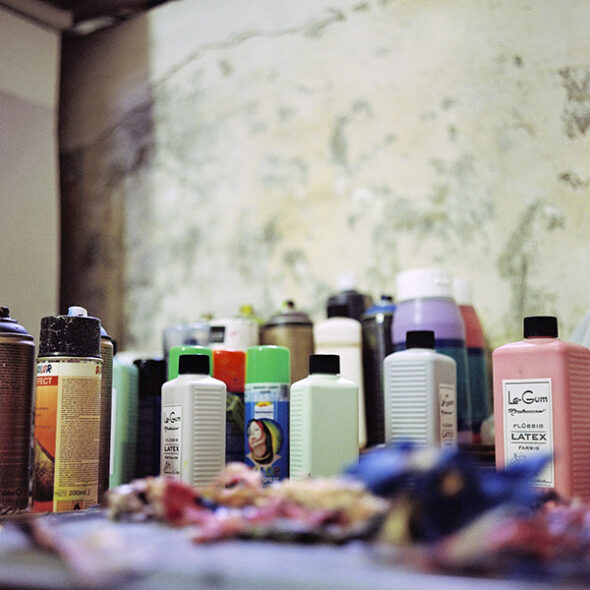 An important part of Salvador’s studio work is this fluidity between media. The production of a single work can yield multiple and varying results. She first uses found materials to create a sculptural work, which then becomes a photographic work. Afterwards, Salvador paints over the photographs, creating entirely new pieces. Recently, she has begun to reintegrate parts of the original sculpture into the painting she creates atop its photographic representation. In this way, she manages to continue the life cycle of her works ad infinitum. Often, it is impossible to see the image underneath the paintings but Salvador insists that she paints exclusively on photographs of her sculptures. As the sculptures begin to decompose or fall apart, they reveal materials hidden beneath their outer layers, and take on entirely new and unpredicted forms as well. In the cycle of Salvador’s artistic production, nothing gets lost and everything is capable of being masterfully reworked. 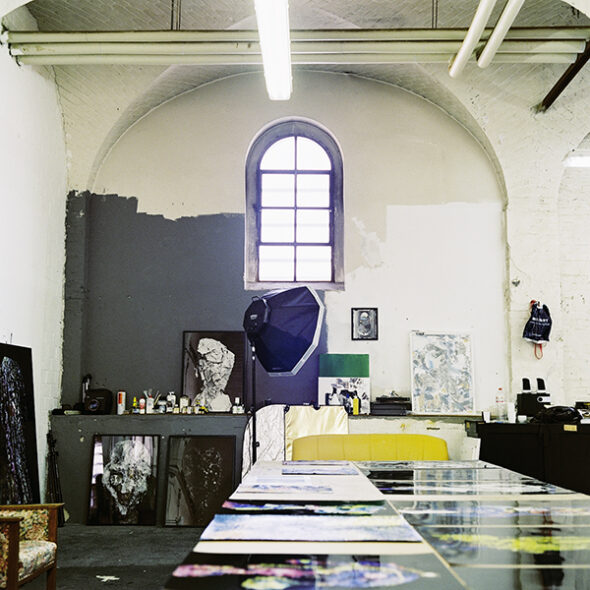 Salvador has been working on the Köpfe series since 2011. She studied Fine Art at the F+F School for Art and Media Design in Zurich, Switzerland and Photography at the Rietveld Academy in Amsterdam. While most of Salvador’s formal training is in photography – the medium in which she chooses to exhibit her work – a large part of her oeuvre consists of sculptures and paintings. At present, she is working on these meta-paintings that reintegrate elements of her sculptures as texture and reference to what lies beneath. 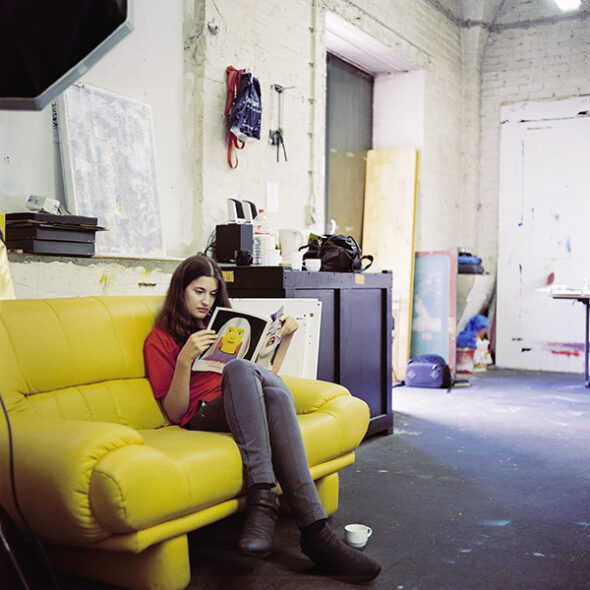 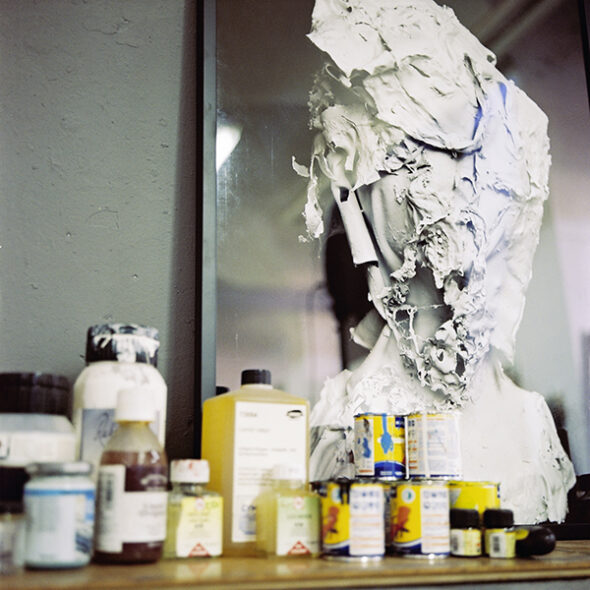 Studio work is particularly intriguing in Salvador’s case, since the material results of her expressive labour are never publically shown (except with the remove afforded by the camera’s eye). The intricate textures she develops in her sculptures are faithfully photographed but they remain forever untouchable and – quite literally – veiled. Salvador’s Kreuzberg studio encompasses the many phases of her work: from creation to documentation to transformative afterlife and ghostly remains.