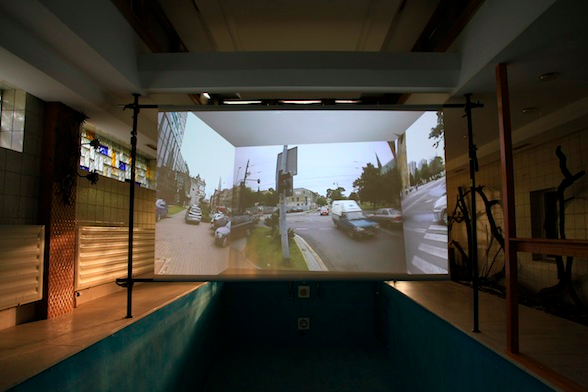 Berlin Art Week is sure to overstimulate you this weekend, but if you are looking for a quiet, in-depth exhibition away from the mainstream hubbub, Coup de Dés’ “Memory of Present” is well worth the trip. This group show is the first iteration in a series meant to materialize, as the founders write, “the moment before the dice fall, the moment of the undecided”. Hidden in a modernist private house in Charlottenburg overlooking the Lietzensee, the group of works exist in a passing moment: the house is currently unlived in, but the memory of its past glory is present in every room. The artists were carefully chosen, but their transitory moment could not be fully planned, and makes for an interesting story. The show will be on view only for a week, after which the house will be renovated and its memory as an art space will also pass. 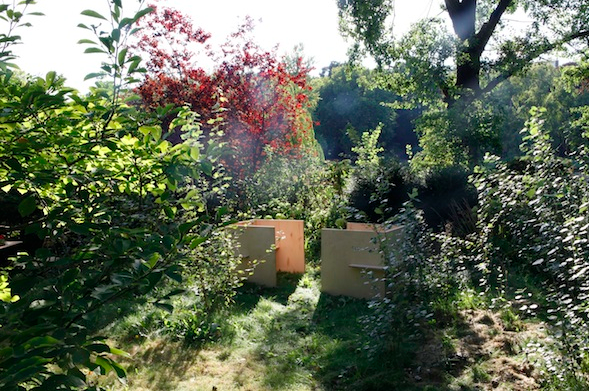 The exhibition’s curators, Julia Greber and Saskia Neuman, decided to use the house’s structures and spaces as they are, including the restrooms, pool area and overgrown garden. Their careful installation connects individual works with their spaces and with each other. In certain rooms, the story they tell becomes intimate, in others it can make you feel as though you’ve discovered a hidden work, or an unplanned meeting between two pieces. It is in these connections, rather than in any single work, that the element of chance and unpredictability the curators describe becomes material. 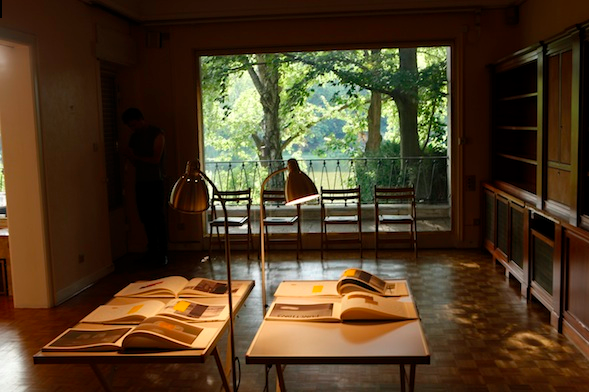