It’s becoming more common to see worlds collide in our day-to-day experiences, especially in the art world, but it’s not too often you see Berlin in Dallas, Texas. Shane Pennington, the Texas-based artist whose expressive exhibition, Leaving the Shade, was featured earlier this summer at Sur la Montagne on Torstrasse, recently helped usher in the opening of the Dallas City Performance Hall with a digital media installation that drew direct inspiration and visual material from Berlin’s Alexanderplatz. Entitled Points of Life, the installation features a 15-minute loop of digitally abstracted figures who inhabit the performance hall’s key element: a specially-designed stage curtain that is a fully programmable grid of LED lights. 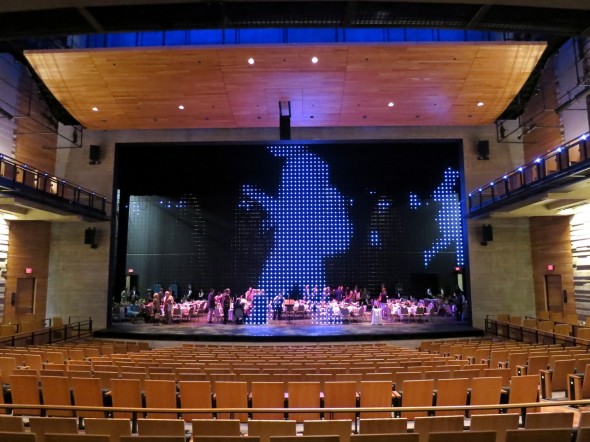 Pennington, who was approached by the City of Dallas Office of Cultural Affairs to create a piece specifically for this novel technological platform, harnessed the pixilated condition of the LED curtain to abstract the figures he documented moving through Alexanderplatz. The result is an experience somewhat similar to that of A Sunday Afternoon on the Island of La Grande Jatte, George Seurat’s definitive pointillist painting. Pennington, who used this 19th century technique as a conceptual link, similarly utilizes our smallest representational unit to express a more comprehensive, encompassing view of life.

Inspired by his travels to Berlin several months before, Pennington created Points of Life from the over 10,000 images he took in Alexanderplatz. The installation channels the core of the modern city, and projects a larger abstraction of a larger communal energy while simultaneously foregrounding individual figures. In Points of Life, a narrative emerges where collective life is linked to the eyes of the individual, where the particulars of culture, personal history, and perspective are evident moment to moment. 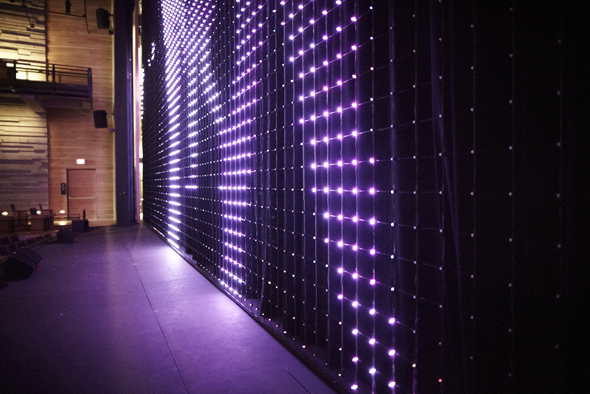 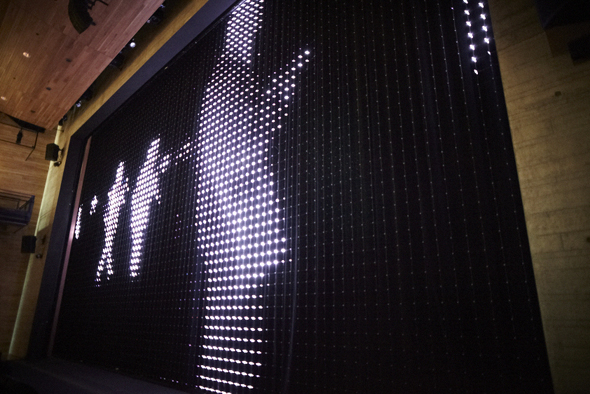 The project itself is positioned in an interesting way: not only is the curtain itself a boundary between the back-stage and the audience, but Pennington’s installation also functions as an interstitial experience. Points of Life is experienced in between the outside, “real” world, and the performative world that unfolds on stage. In working with a medium that exists as a transitional element, Pennington has created an installation that is fluid, crossing functional, temporal, and spatial limits. 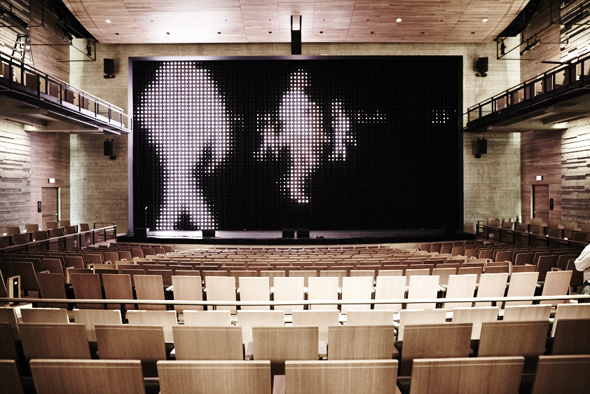 Shane Pennington is a diverse artist, traversing several mediums and a variety of complex themes. He is the founder of AURORA, a yearly light, video, and sound contemporary arts festival in Dallas. In 2009, he received the “New Dallas Nine” award by D Magazine. His work has been widely featured throughout the U.S., as well as in Toronto, Paris, Sydney and Berlin.