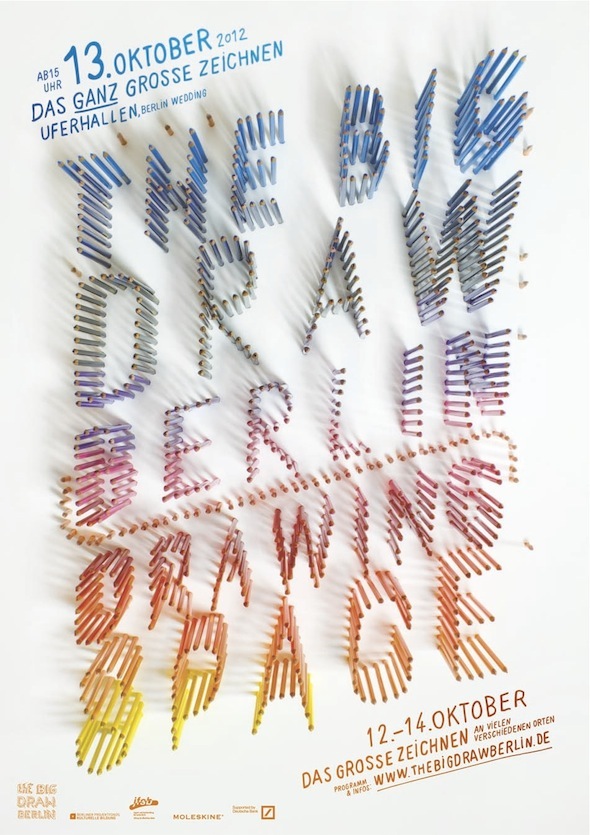 Inspired by the London-based Campaign for Drawing and mirroring many similar projects internationally, The Big Draw Berlin starts with the most basic, most democratic means of visual expression: drawing. Beginning on October 12th, the weekend-long art festival will spread itself over Berlin–and everywhere, it seems, the people will draw.

The concept behind the festival, now in its fourth annual installment, is to foster engagement with this otherwise hidden, often inaccessible process. There is a multi-layered approach to the exposition of drawing: exhibitions and curatorial conceptions; explorations of its various traditions and contemporary approaches; drawing interventions in public spaces; context-specific drawing initiatives; techniques and processes. There will be drawing in streets, on walls, at museums, in galleries. There will be more, too, but I only have so much space to discuss.

Which brings us to the festival’s theme, the first instance of one in its history. All of the festival’s activities will be anchored by the concept of space, and all drawing will focus on its relation to space. Space here can be conceived of in a myriad of ways: cartographically, as space is encrypted by means of drawing; cognitively, when mental space is manifested as a sketch; transformatively, as flat canvases are converted to 3-dimensional creations. 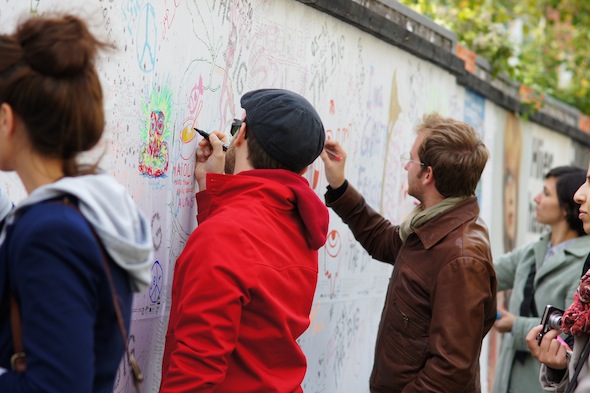 Amidst all the going-ons, there will be one large-scale, public, hyper-participatory main event on Saturday, October 13th at the Uferhallen’s architectural open space. The event will feature five artists approaching the concept of space from their distinctive perspectives to create large-scale drawings in collaboration with the public. In addition, one artist will be chosen create an extensive sculpture built out of Moleskin notebooks and the spatial qualities of the Uferhallen that will be gradually disassembled by the festival’s participants.

This event will also feature the works of Drawing Space in Motion film-forum project, in which animators — student or professional — were invited to create animated drawings or films around the festival’s theme of drawing in space. If you haven’t yet submitted (and like to work fast and furious), the deadline for submissions is October 5th.