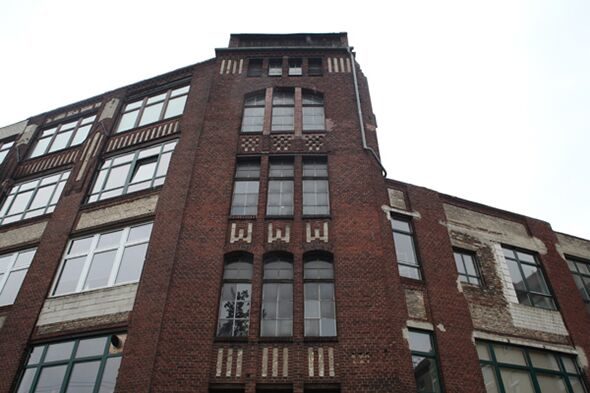 Followers of Werner’s architectonic, illusionistic works might find it hard to imagine what goes on in her studio. Most of her exhibitions consist of large, site-specific designs that incorporate optical illusions to play with perception and representation. In her installation pieces, Werner often uses traditional building materials and mirrors to re-create or double the existing construction of a space. Through repetition and displacement, she manages to create a disorienting sensation for the viewer. In this way, she exposes the tenuous relationship between seeing and knowing. In a 2008 piece at COMA Berlin, for example, Werner painstakingly created an uncanny, tangible ‘mirror image’ of an office. Using ‘fake mirrors’ – two empty frames made to look like full-length mirrors – she built the reverse image of the office space into a second room behind the frames. Visitors were invited to step through the ‘mirrors’ and to imagine themselves on the other side of the reflection. Conceptually similar to this was her 2011 piece ‘Präzise Unschärfe’ (Precise Blur) at Plataforma Revolver Lisbon, where Werner erected simple wooden partition walls. Placing a circular intersection of the scene at a slightly rotated angle, in front of the walls, she produced an illusionary imbalance. When the viewer’s gaze was focused on the circle it appeared as though the surrounding areas were blurred, imitating the focal lens on a camera. 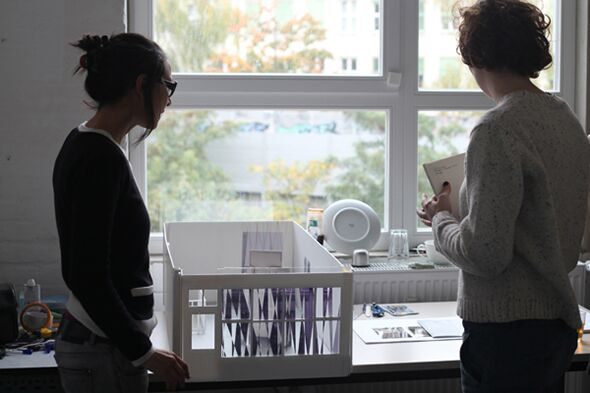 Though her exhibited works have unreal, magical qualities, in her studio Werner takes on the working habits of an architect or engineer. Before a show (in this case, her upcoming exhibit at Nettie Horn Gallery in London), she first fabricates a scale model of the space with which she will be working. She then begins to imagine how to create her site-specific installation, crucially working within the actual dimensions of the given location. Often, Werner has never even set foot in the space before she arrives with building materials, drill and handsaw to begin mounting the exhibition. The models serve as a testing ground and she constructs them with great attention to detail – even including tiny replicas of the collages to be mounted on the wall and to-scale people in the gallery space. Her constructions borrow from both architectural practice and the intricacies of set design. She uses precise mathematical measurements to map out, foreshorten and slightly adjust the nature of the space she works with in order to create almost hallucinatory effects. Werner is clearly very skilled at this kind of work, and her brain seems to work in a magnificently meticulous manner. 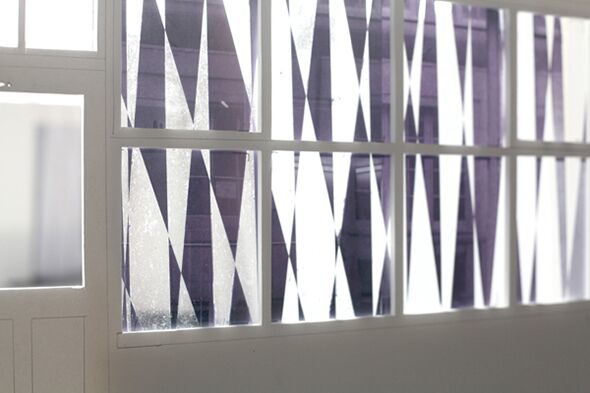 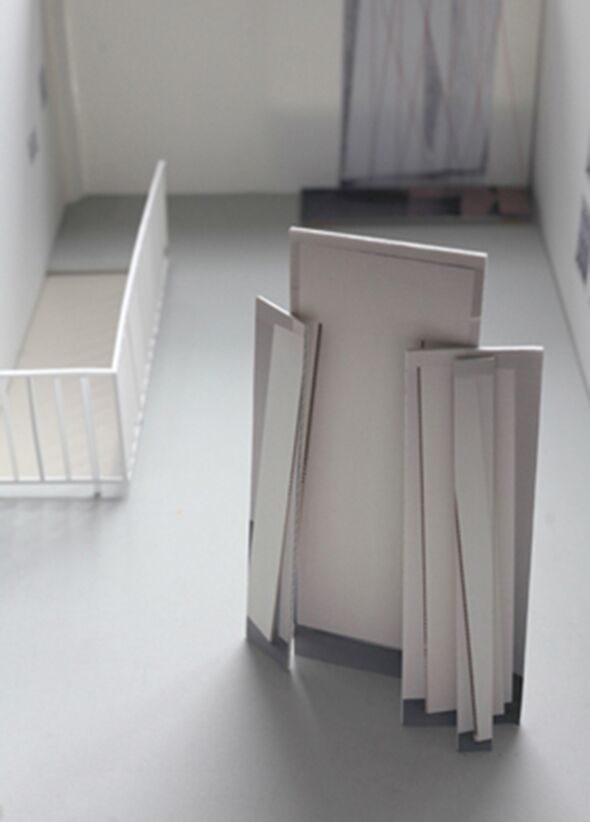 Werner’s astounding architectural and geological collages attest to this fact as well. In her series entitled ‘Milos’ (after the Greek island), she employs folding, bas-relief and repetition techniques to reimagine the photographed mountainous landscape in thrilling and nightmarish ways. The result could be described as a prototypical Photoshop effect: with parts of the landscape popping off the horizon or sinking into the cavernous depths in a surreal, unnatural way. 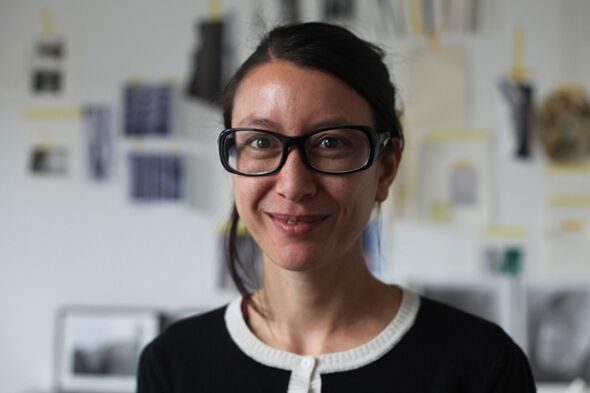 On one wall of her studio hang three new collages that Werner has made out of black and white photographs taken in Sao Paolo and Berlin. She has selected images of Modernist, concrete structures, into which she has cut and woven along the architectural lines of the buildings themselves. The precision and complexity of this ‘woven architecture’ is almost unfathomable and the result, as with many of her collages, is a confusing impression that the piece is both 2D and 3D at once, depending from which angle it is approached. 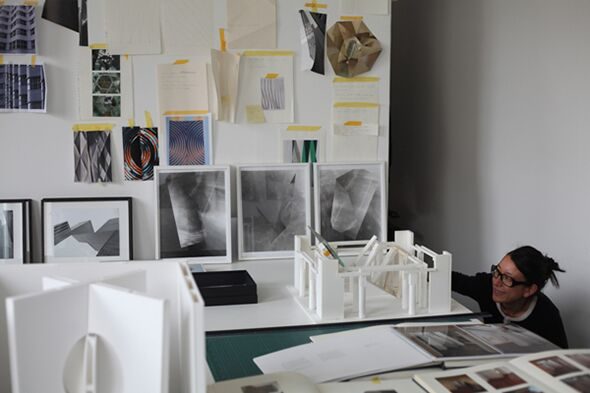 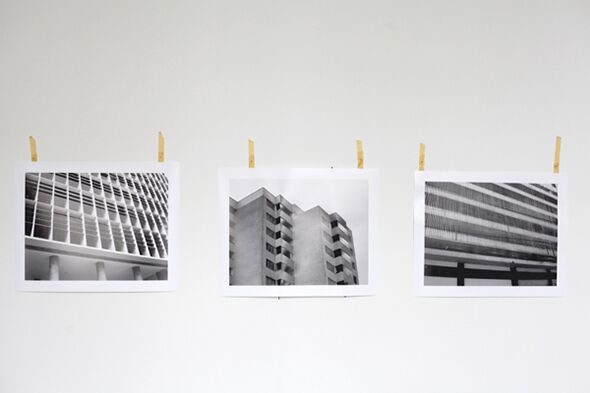 With stunning thoroughness, Werner has archived all of her past works in large black photo albums. She has also put together an album of inspirational images: mostly Soviet-style concrete architecture and shots from expressionist film sets, like Metropolis (1927). Despite the surreal and magical artistic style of Werner’s exhibited work, her studio space is by no means chaotic. Rather, it reflects the diligent thought and preparation that goes in to creating her intricate illusionistic environments.

Rian Davidson is a Canadian intermedia artist with a focus in sound composition, film and performance. He currently is living and working in Berlin as a gallery assistant and videographer.