Lee Friedlander’s double show at the Pace galleries offers an opportunity to look at his work from various viewpoints. His nudes, in particular, having been much commented upon by the critical community, seem to require less an appraisal of their merits qua photography and more an examination of their underlying sensibility and its implications for the wider culture. 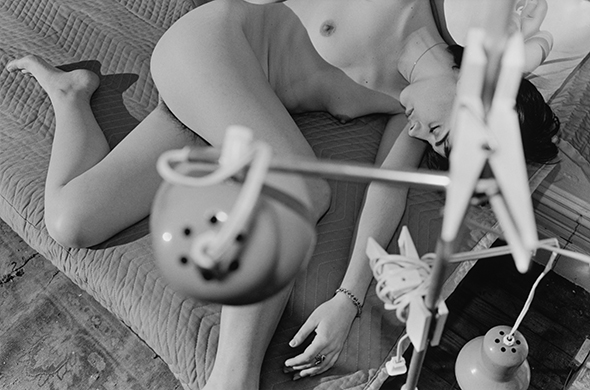 Unlike his European counterparts, Friedlander is at home with clutter. Whereas a Cartier-Bresson was always searching for order, Friedlander revels in chaos. It is his element and his images are always teetering on the brink of total entropy. Strewn about like children’s toys, casually and thoughtlessly thrown around the room, even his nudes are part of it. They are just one more element in the mess, an object among objects.

And one must wonder exactly what Mr. Friedlander’s feelings about women are to see them this way. It is not the offbeat poses, the gawky crotch shots, or the generally graceless way they lounge about the room, but the fact they are simply one more element in the disorder. Neither more nor less important than a lamp cord or a chair leg. Detritus.

In a larger way these pictures are not about the women at all, or even their bodies. It is about the mess, one that Friedlander embraces. From his earliest pictures of street signs and fire hydrants, Friedlander has seen the world as clutter that the camera was created to capture. Even more than his contemporary, Garry Winogrand, Friedlander loves stuff. The flotsam and jetsam of the world are ambrosia to him; he gets drunk on superfluity. One feels he just likes looking at anything really, the more of it the better. Order for Friedlander simply gets in the way.

This heart felt embrace of chaos and clutter, this specifically American brand of materialistic extroversion has taken over now–– one sees it everywhere. All those photographers who jam as much as they can in the picture frame owe a debt to him. For his work ushered in an era of deconstruction in photography, although this sensibility did not appear out of nowhere. 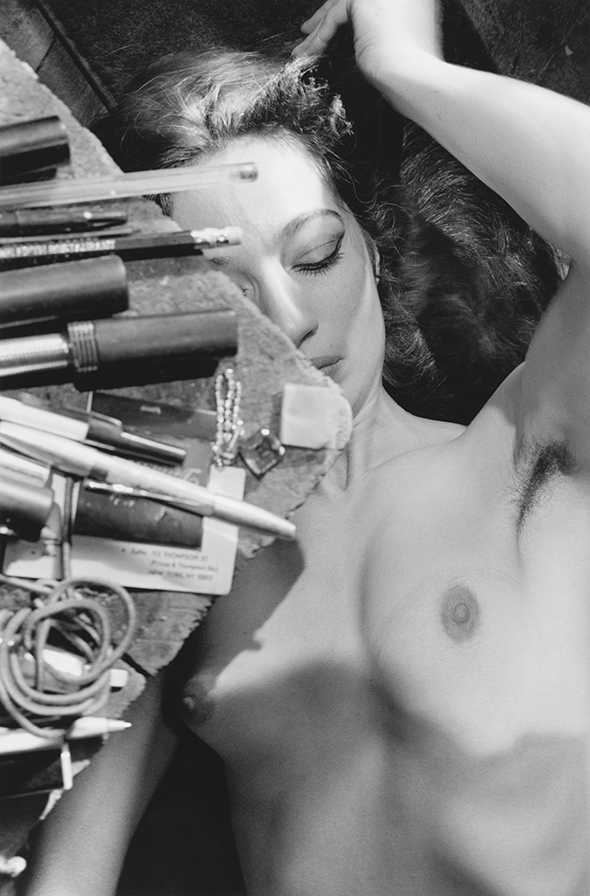 The same attitude to the body emerged even earlier in the work of dancers such as Trish Brown, Steve Paxton, and other Judson Dance Theater choreographers. For them, the body was something to be tossed around and discarded, treated with a negligence bordering on contempt, a dead weight, almost uninhabited. Certainly not a temple, never mind made in the image of a god.

At the extreme end of this spectrum, we find the punitive choreography of Elizabeth Streb. Beyond her we get gladiators outright killing each other. And the culture of pain epitomized by the brilliant but perverse Alexander McQueen.

Friedlander would protest, I am sure, that he loves women. And there is nothing explicitly sadistic or mean-spirited in his work, but there is the beginnings of that negligent attitude of disregard that leads to it. It is one thing to take women off their pedestals; quite another to trample them underfoot.

This article originally appeared, in a slightly different form, on The New York Photo Review